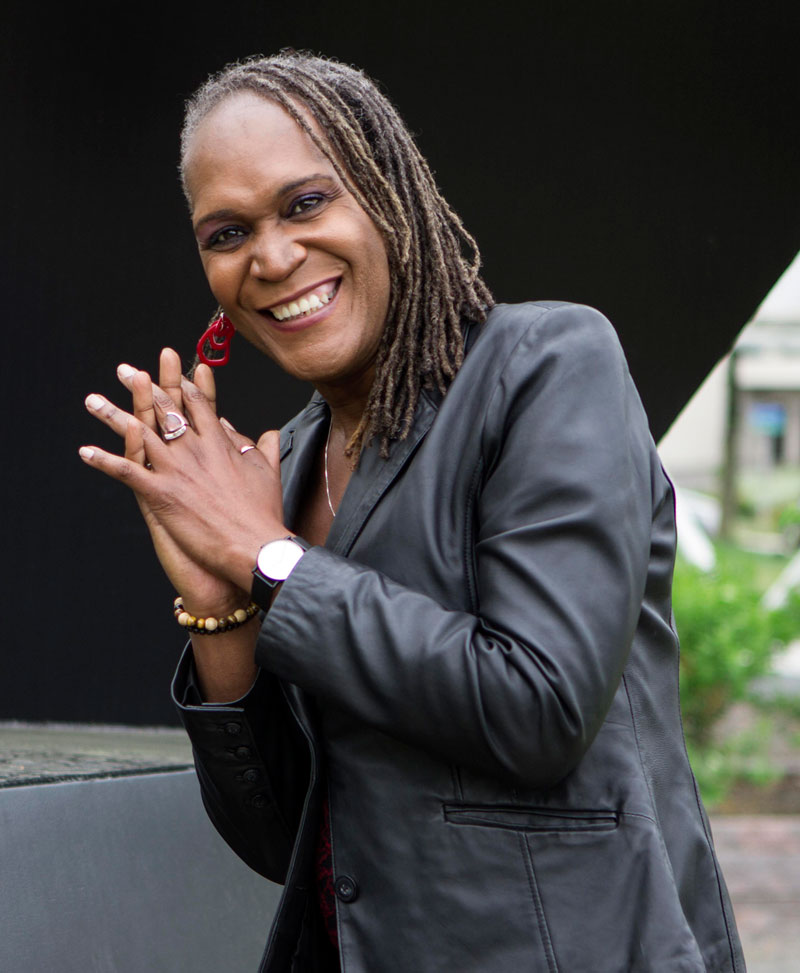 Andrea Jenkins was born on May 10, 1961, to Shirley Green. She grew up in North Lawndale, Illinois, participating in the Cub Scouts and playing football at Robert Lindblom Math & Science Academy on Chicago’s South Side. After high school graduation, she relocated to Minneapolis and attended the University of Minnesota.

Jenkins identified as gay in her 20s, married a woman, and had a child before divorcing. At 30, she started her transition. She went to work as a vocational counselor in Hennepin County, Minnesota, as she returned to college and received her bachelor’s degree from Metropolitan State University in St. Paul. She would later earn master’s degrees from Hamline University in St. Paul and Southern New Hampshire University.

Jenkins’ political career began in 2001 when she served on the campaign of Minneapolis City Council candidate Robert Lilligren and became a staffer following his election. When Elizabeth Glidden won a seat on the City Council in 2005, she hired Jenkins as an aide. During her tenure with Glidden, Jenkins earned the Bush Fellowship dedicated to transgender issues and helped establish the Transgender Issues Work Group in 2014. That same year, Jenkins organized a City Council summit on transgender equality addressing the problems faced by trans people in Minnesota.

After twelve years as a Council aide, Jenkins began curating the Transgender Oral History Project at the University of Minnesota’s Jean-Nickolaus Tretter Collection in Gay, Lesbian, Bisexual, and Transgender Studies. A primary focus of her role was to grow the collection of trans narratives by recording the oral histories of more than 200 honorees.

When her former boss Elizabeth Glidden decided she would not seek re-election, Jenkins announced in December 2016 that she was running for the Minneapolis City Council representing the 8th Ward. She won the seat on November 8, 2017, capturing more than 70 percent of the vote. After taking office, Jenkins’ colleagues elected her vice-president of the Council.

Election Day 2017 was historic for trans candidates across the nation. In addition to Jenkins becoming the first openly Black trans woman elected to public office in the United States, Phillipe Cunningham was elected to the Minneapolis City Council, the first out trans man and the first out trans man of color elected to any public office in the U.S. In Virginia, Danica Roem became her state’s first openly trans legislator; Lisa Middleton was elected to Palm Springs, California Council; Tyler Titus was elected to the school board in Erie, Pennsylvania; Stephe Koontz won her race to serve on the City Council in Doraville, Georgia; and Gerri Cannon won a New Hampshire school board contest.

Located in the 8th Ward is the intersection of 38th Street and Chicago Avenue, where police officers murdered George Floyd in May 2020. After Floyd’s murder, Jenkins called for a declaration of a state of emergency for Black people, saying racism is a public health crisis. Jenkins said the sentencing of Derek Chauvin for the murder of George Floyd and the guilty verdict for Kim Potter in the killing of Daunte Wright sends “a message to police officers that, in this community, we are going to hold you accountable.”

In November 2021, Jenkins was reelected to the Minneapolis City Council. In January 2022, she was unanimously elected City Council President. She is the first trans elected official to lead a city council.

In addition to her public service, Jenkins participates in the Trans Lives Matter movement and chairs the board of Intermedia Arts. In 2015, she was grand marshal of the Twin Cities Pride Parade. She is a member of NBJC’s Good Trouble Network, the first network of Black LGBTQ+/SGL elected officials.