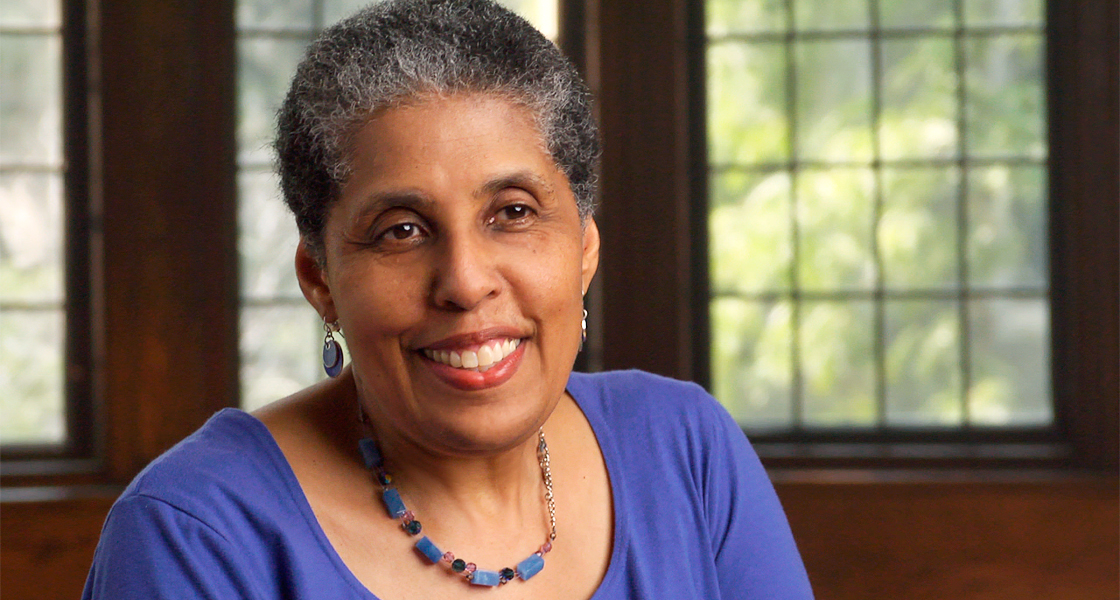 “Black women as a group have never been fools. We couldn’t afford to be.”- Barbara Smith.

Smith’s family migrated from Georgia to Ohio, seeking relief from the racism of Jim Crow laws and better economic opportunities. Hilda Beall Smith died from complications of rheumatic fever when Barbara Smith was nine, and the siblings were brought up by Smith’s extended family, with her grandmother as the primary caretaker. Smith credits her dedication to scholarship to her upbringing; her extended family was comprised of intellectually and politically oriented women.

“I’m kind of a natural activist,” Smith told “Ms.” magazine. “By the time I was eight, I noticed that things were not fair.” Her grandmother had been a schoolteacher to Black pupils when she lived in Georgia. On education, Smith recalled, “School is your job. There was no intimidation around achieving in school. It was just like, “you have a mind; you’re supposed to use it.”

As high school students, Smith and her sister Beverly participated in school desegregation protests in 1964. Despite being academically gifted, attending well-resourced public schools, and excelling in her honors classes, Smith was a shy child who did not escape the humiliating experiences of racism. She recalls experiencing racial discrimination and grew up believing she was “ugly” because she did not see anyone in the media “who faintly looked like [me] being looked at as a beautiful person.” In “Home Girls: A Black Feminist Anthology,” Smith wrote that “the cold eyes of certain white teachers…the Black men who yelled from cars as Beverly and I stood waiting for the bus convinced me that I had done something horrible.” She also experienced racial hostility from a French instructor who believed Smith did not belong in her summer French seminar. Smith cites James Baldwin’s semi-autobiographical novel, “Go Tell It on the Mountain,” as inspiring her through his portrayal of families that were like hers.

Smith gained entrance to Mount Holyoke College in 1965. Fatigued by the racial hatred at the college, she transferred to the New School in New York City and pursued her studies in social science. She later returned to graduate from Mount Holyoke for her senior year in 1969.

In 1965, before entering college, Smith became a volunteer for the Congress of Racial Equality (CORE). In college, she participated in Students for a Democratic Society. As Black Nationalism emerged from the civil rights movement, Smith became significantly put off by the sexism experienced in male-dominated groups and turned to Black feminist politics.

Barbara Smith has been politically active in many movements for social justice since the 1960s. She was among the first to define an African American women’s literary tradition. She stood out among scholars by establishing Black women’s studies in college and university curricula. Since the early 1970s, Smith has been active as a critic, teacher, lecturer, author, scholar, and publisher of Black feminist critical thought.

Smith settled in Boston after receiving a Master of Arts degree in literature from the University of Pittsburgh. Smith’s staff position at “Ms.” allowed her to obtain critical contacts, and through the publication, she met Margaret Sloan, a founder of the National Black Feminist Organization (NBFO). Both women were intrigued by the call for attendance at the NBFO’s Eastern Regional Conference in 1974, caucused with women from the Boston area, and made contacts to establish a Boston NBFO chapter, which they launched in 1975. The Boston chapter maintained an independent nature, deciding as a group to focus on consciousness-raising and grassroots organizing that assisted Boston’s poor and working classes.

The Boston chapter held politics that were significantly more radical than the platform of the NBFO and decided to split entirely and form a separate group–The Combahee River Collective.   Named after a successful military operation led by Harriet Tubman during the Civil War at a river in South Carolina, The Combahee River Collective moved quickly to write a manifesto identifying the group as a class-conscious, sexuality-affirming, Black feminist organization.

Dismayed that works available by writers of color prominently featured men’s experiences, a suggestion of her friend Audre Lorde compelled Smith to establish Kitchen Table: Women of Color Press in 1980 in Boston. They relocated to New York in 1981. In collaboration with several notable writers and feminist thinkers, including Lorde and June Jordan, they published several pamphlets and books that would be embraced in ethnic studies, women’s studies, queer studies, and Black studies programs. Included were “Home Girls: A Black Feminist Anthology,” “This Bridge Called My Back,” “Cuentos: Stories by Latinas,” and “I Am Your Sister: Black Women Organizing Across Sexualities.” Smith has stated the legacy of Kitchen Table: Women of Color Press lies in contemporary publishing as women of color writers.

Smith continued to write and produce a collection of her essays, articles, and reviews after her involvement in Kitchen Press ended. Smith’s article, “Toward a Black Feminist Criticism” (1982), first published in “All the Women Are White, All the Blacks Are Men, But Some of Us Are Brave: Black Women’s Studies,” is frequently cited as the breakthrough article in opening the field of Black women’s literature and Black lesbian discussion.

Smith has edited three significant collections about Black women: “Conditions (magazine): Five, The Black Women’s Issue” in 1979, “All the Women Are White, All the Blacks Are Men, But Some of Us Are Brave: Black Women’s Studies” in 1982, and “Home Girls: A Black Feminist Anthology.” She collected her various writings in the anthology “The Truth That Never Hurts: Writings on Race, Gender, and Freedom” in 1998. She is also a co-author of “Yours in Struggle: Three Feminist Perspectives on Anti-Semitism and Racism.”

Barbara Smith’s essays, reviews, articles, short stories, and literary criticism have appeared in a range of publications, including “The New York Times Book Review,” “The Black Scholar,” “Ms.,” “Gay Community News,” “The Guardian,” “The Village Voice,” “Conditions,” and “The Nation.”

Smith has taught English, African American literature, Black women writers, and Black women’s studies at several institutions for more than forty years, most recently at the College of Saint Rose. Since 2010, Barbara Smith has been a public service professor at the State University of New York (SUNY) at Albany’s School of Social Welfare in Albany, New York.

In 2005, Smith was among the nominees for the Nobel Peace Prize. She was one of one thousand women from across the world who were nominated to call attention to the extreme underrepresentation of women as recipients of this honor.

The Honorable Barbara Smith served two terms representing the Fourth Ward in the City of Albany’s Common Council, a born leader with many talents. She focused on addressing violence and increasing educational opportunities for youth and families, especially in economically challenged neighborhoods. In 2008, she served as the Council’s liaison to the Gun Violence Task Force and led the effort to establish Albany SNUG/CeaseFire. In April 2013, she announced that she would not seek re-election.

Smith continues to lecture and has donated her papers to the Lesbian Herstory Archives in Brooklyn, New York. She currently works with the City of Albany Mayor’s Office, overseeing initiatives that address economic, racial, and social inequality. According to Smith, her ultimate hope is that “…we can recognize the humanity of people’s differences, and try to treat each other more humanely.”