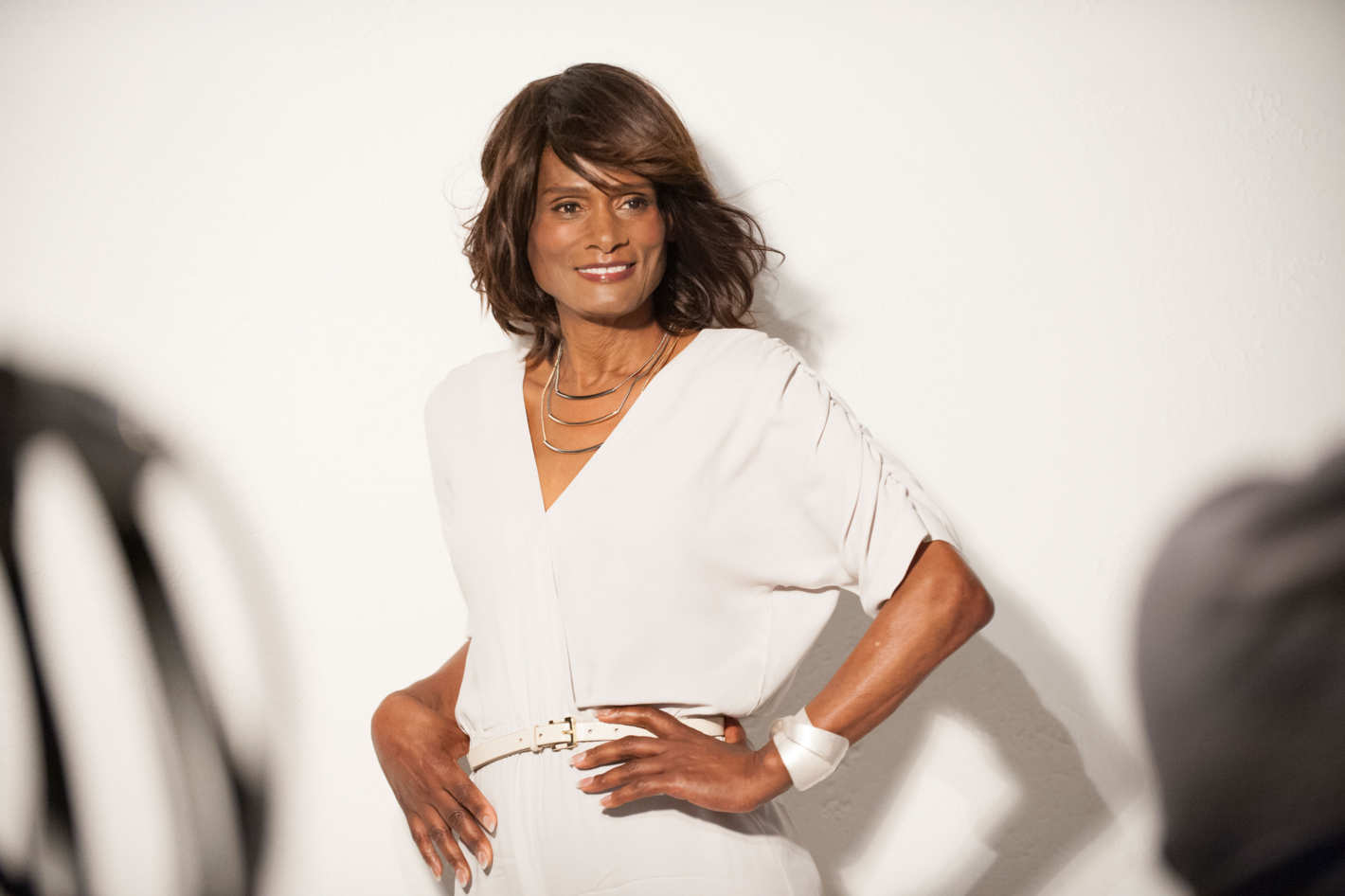 Tracey “Africa” Norman was born on December 15, 1952. She is a model who became the first African American transgender woman to appear on a box of Clairol hair coloring in the 1970s, and, along with Geena Rocero, the first openly transgender model to grace the cover of “Harper’s Bazaar.” Norman was named one of “Out” magazine’s Out 100 in 2016.

Norman was born in Newark, New Jersey, to a father who worked as a barber, bus driver, and at a slaughterhouse; her mother held several odd jobs, including bartending, sewing at a coat factory, and working for a Newark city councilmember. Norman’s home life as child was tumultuous, having been molested by a neighbor when she was around three or four, and struggling with “being effeminate” and never feeling comfortable living as a boy.

“He [her father] tried everything he could. He bought me boxing gloves and was trying to teach me how to box. Kept hitting me on one side of my head,” Norman told “The Cut” in 2016. Her first clear memory is seeing her parents arguing on the front porch, and how she was transfixed by the beauty and femininity of her mother. “I saw my mother in this beautiful sleeveless black dress and high heels—she always wore her hair short, red lips,” Norman recalled. “She looked absolutely incredible to me. It was like a movie.”

Norman attended Clinton Place Junior High and Newark Tech High School, where all of her friends were girls, and she would study and emulate their behavior. “I would watch how they sit, listen to how they talk, how they communicate with each other. I would see how they walk. I would see how my mom would live her life and how she would move through the world,” said Norman.

When Norman graduated high school, she became the first in her family to receive her diploma. As she stood on the steps of her graduation ceremony, Norman told her mother that she was, in fact, a woman. Her mother hugged her, and told her she already knew. It was in that moment that Norman felt “unconditional love.” It wouldn’t be until years later—when her once-estranged father was battling cancer and Norman visited him in the hospital—that she felt accepted by both parents. “He saw that I have done something very exciting with my life. I think he was proud of me at that point. He was more accepting.”

Following graduation, Norman began to explore her gender identity and options for transitioning. She recalled going to a department store in downtown Newark and buying her first dress, and following the advice of transgender friends she met at clubs to visit a doctor on the Upper East Side of Manhattan. After beginning a regimen of injections, Norman’s breasts began to grow, and she noticed her body going from “thick” to more slim. Her friends showed her how to apply makeup and dress properly for her new physique.

Norman’s introduction to the world of modeling got a big jump in the mid-1970s when she sneaked into a fashion show at the Pierre Hotel in New York City, and ended up being interviewed by none other than “Italian Vogue” editor Luciano Soprani and photographer Irving Penn. They offered Norman a two-day shoot and a salary of $1,500 per day. She would become only the second African American woman to appear on the cover of “Vogue.”

Norman was signed by a top agency, photographed for “Essence” magazine, and secured exclusive contracts with Avon and Clairol’s Born Beautiful hair color. Although a few people knew Norman’s secret that she was born a biological male, she managed to walk the runways of Paris and around the world presenting as a woman. “Duct tape becomes a girl’s best friend,” she later quipped. “I had to do other things, yes. I’d like to keep some things private.”

It was her association with Clairol that thrust Norman’s face into the public consciousness. Her hair colored with Dark Auburn, Box 512, Norman signed a contract that allowed her image to be used for two years, with an agreement that she would be paid more if Clairol renewed. The box with Norman’s image ended up being used for six years, and Clairol customers were buying it to look just like her.

Despite her success, Norman began to notice that job opportunities began to wane. An incident at a photo shoot around 1980 led her to believe that her secret may have been found out and played a role. According to Norman, her agency blamed it on her weight and size. Eventually, a friend in the industry confirmed her suspicions. “It goes through the grapevine really fast. Really, really fast,” recalled Norman. “I kind of upset the fashion world for a while. “I had many black female models that I took jobs from super-angry at me.”

Over the next several years, as money started to dry up, Norman was back living with her mother in Newark, worked side jobs in modeling and retail, signed to a new agency, was featured in an ad for Ultra Sheen cosmetics, and even worked in a Times Square burlesque peep show featuring trans women. The show earned her enough money to move back to New York City. It also exposed her to the drag ball community—becoming a member and eventually “mother” of the House of Africa (the “Africa” in her name). She was inducted into the ballroom hall of fame in 2001.

In 2015, Norman enjoyed a comeback when a biographical story of her life and career was published in “The Cut,” the digital fashion site of “New York Magazine.” Suddenly, an entirely new generation learned about Norman’s remarkable career. As a result of the coverage, Clairol announced that Norman would become the face of its “’Nice ’n Easy Color As Real As You Are” campaign. According to Clairol global associate brand director, Heather Carruthers, they were “honored to bring back Tracey Norman as a woman who no longer has to hide her truth.”

Norman’s accomplishments as a Black, trans woman would be extraordinary even today, but the fact she enjoyed success with Clairol and modeling in the early days of the LGBTQ rights movement makes her feat even more impressive.

“As a model, I was hiding my truth, and when I got the [first] job it was very exciting for me,” Norman said. “It was different because we were back in the late ’70s and early ’80s, so it was something that wasn’t spoken of, and at that time it wasn’t acceptable for me to be out.” [Now] I was being accepted for who I am and they wanted me as the person that I am today to represent them. And I just thought that was fantastic.”

We thank Tracey “Africa” Norman for being a trans trailblazer, and for her support of her community.