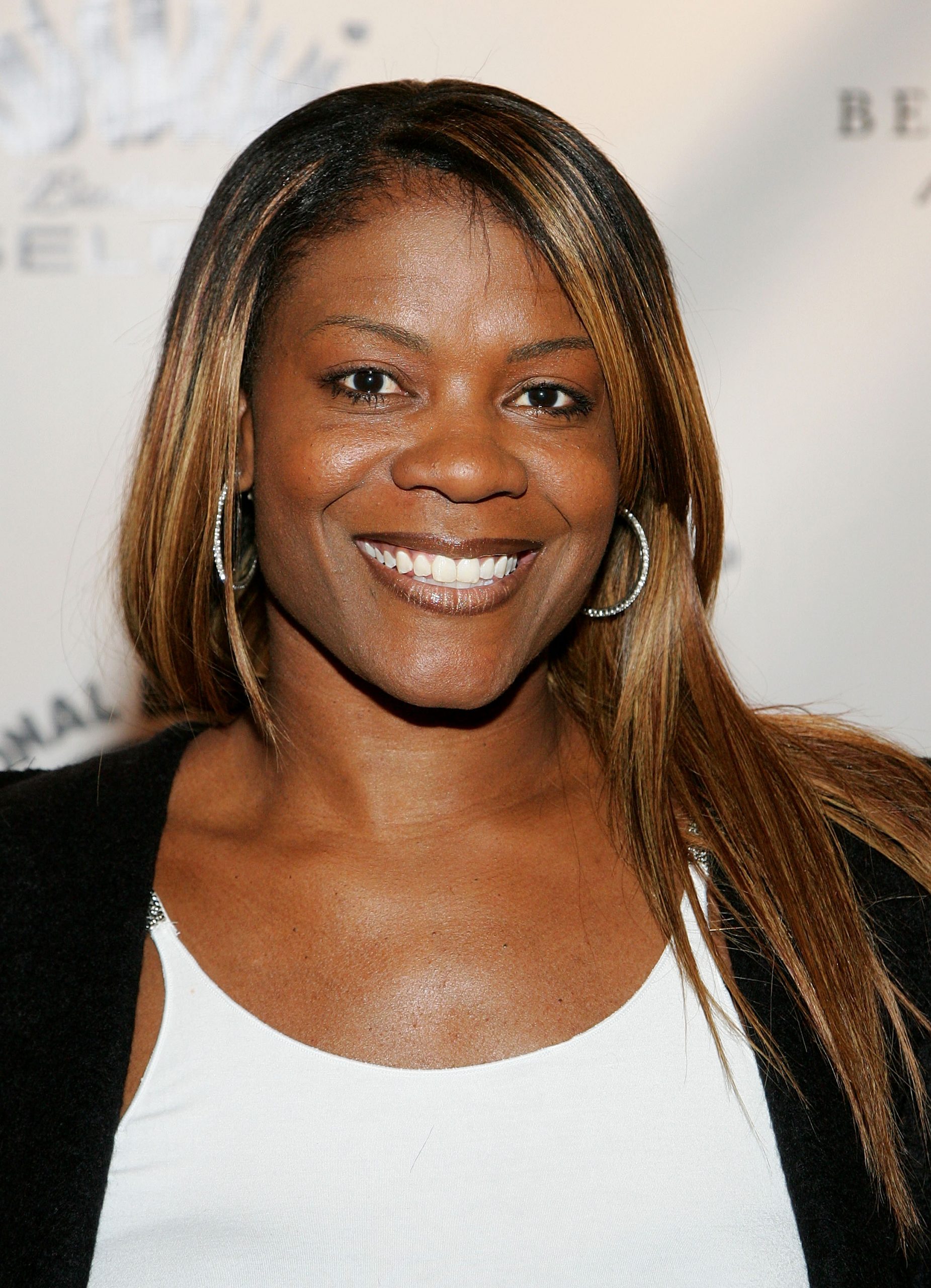 Sheryl Denise Swoopes was born in Brownfield, Texas, a small town forty miles southwest of Lubbock. Her father, Billy Ray Swoopes, abandoned the family only months after Swoops’ birth. Father and daughter were not reunited until 2003, when Sheryl Swoopes learned that her father was living in Houston and had attended some of her professional basketball games. In her early years, however, life was difficult. Her mother, Louise Swoopes, worked a number of jobs to support Swoopes and her two older brothers.

At the age of seven, Swoopes began playing competitive basketball in a children’s league called the Little Dribblers. By the time she was in high school, she had become extraordinarily proficient. In her junior year, Swoopes was the star player on the Brownfield team that won the Texas Class 3A championship. As a senior, her prowess earned her a place on three All-American teams. Swoopes was offered athletic scholarships from colleges throughout the country. She chose the University of Texas, and enrolled there in the fall of 1989. After only a week, however, she was so homesick that she dropped out and returned to Brownfield.

Swoopes left the University of Texas without playing a game, and enrolled at South Plains College. After playing at South Plains for two years, Swoopes transferred to Texas Tech, and in 1993, won the NCAA women’s basketball championship with the Texas Tech Lady Raiders during her senior season. Her jersey was retired by the school the following year, making her one of only three Lady Raiders to be honored in this way.

Sheryl Swoopes was the first player to be signed in the WNBA when it was created in 1996, and was recruited for the Houston Comets of the WNBA during the 1997 inaugural season.  She returned only six weeks after giving birth to her son, Jordan Eric, to play the last third of the WNBA inaugural season, and lead the Comets in the 1997 WNBA Championship. As a member of the Houston Comets, Swoopes accumulated over 2,000 career points, 500 career rebounds, 300 career assists, and 200 career steals. Her extraordinary scoring and defensive ability have made her the first three-time WNBA MVP (2000, 2002, and 2005) and the first three-time WNBA Defensive Player of the Year (2000, 2002, and 2003). Swoopes is a four-time WNBA champion (1997 through 2000).

Swoopes gained national prominence when she won the gold medal with the USA Basketball Women’s National Team at the 1996 Olympic Games. The Olympic win over Brazil (117–87) is considered by some to be the best women’s basketball game they’d ever seen. Swoopes is a three-time Olympic gold medalist (1996, 2000, and 2004), and the first women’s basketball player to have a Nike shoe named after her (the Air Swoopes).

On March 3, 2008, Swoopes signed with the Seattle Storm, ending her eleven-year career with the Houston Comets. She was waived by the Storm on February 3, 2009. Two days after her fortieth birthday, sources claimed that Swoopes was preparing to return to the WNBA in anticipation of an official signing announcement from the Tulsa Shock that was made on March 28, 2011. At the 2011 WNBA All-Star Game, Swoopes was announced as one of the Top 15 players in the fifteen-year history of the WNBA.  That August, the 40-year-old Swoopes hit a buzzer-beating shot to edge the Los Angeles Sparks 77-75, and end the Shock’s WNBA-record 20-game losing streak.

Swoopes became an unrestricted free agent after the 2011 season; Tulsa Shock owner Steve Swetoha announced that the team did not intend to offer Swoopes a new contract. As of the beginning of the 2012 preseason, Swoopes remained an unsigned free agent. While there had been no official announcement, when Swoopes began blogging during the 2012 Olympic Summer Games, she identified herself as “a former professional basketball player.”

Swoopes was married from 1995 to 1999 to her high school sweetheart, Eric Jackson, with whom she had a son, Jordan Eric Jackson; the couple divorced in 1999. In 2005, Swoopes became one of the highest profile professional athletes in a team sport to come out publicly when she announced that she was in a lesbian relationship. Swoopes said, “it doesn’t change who I am. I can’t help who I fall in love with. No one can…Discovering I’m gay just sort of happened much later in life. Being intimate with…any other woman never entered my mind. At the same time, I’m a firm believer that when you fall in love with somebody, you can’t control that.”

Swoopes and her partner, former Houston Comets assistant coach Alisa “Scottie” Scott, were raising Swoopes’ son. Swoopes eschewed labels, denying that she was bisexual. Swoopes and Scott seemed to be very much in love, and at the time, Swoopes stated that she hoped they would someday marry. However, Swoopes broke up with Scott in 2011, and was reportedly engaged to Christopher Unclesho, a man she’s known for many years. Swoopes and Unclesho married on July 21, 2017 after a long engagement.

Over the next few years, Swoopes was a spokesperson for Olivia Cruises, and frequently appeared at LGBTQ fundraisers. “There is nothing I’ve been through in my life that I regret or that I would go back and change,” she told journalist Mechelle Voepel. “I feel like everything that happened— personally and professionally—I went through for a reason, and I learned from those things.”

In 2013, Sheryl Swoopes was named head coach of the Loyola University women’s basketball team. In April 2016, Loyola announced that it was investigating Swoopes of alleged mistreatment, after the school newspaper reported that ten of team’s players have either transferred or want a release from their scholarships. Three months later, Loyola announced it had fired Swoopes as a result of the investigation but declined to say what it had found. The following years, Swoopes returned to her alma mater, Texas Tech, as the women’s basketball program’s director of player development. When head coach Candi Whitaker was fired on January 1, 2018, Swoopes was promoted to regular assistant coach.

We thank Sheryl Swoopes for her many contributions to team sports and athletics, to the empowerment of women in professional sports, and her advocacy for our community.