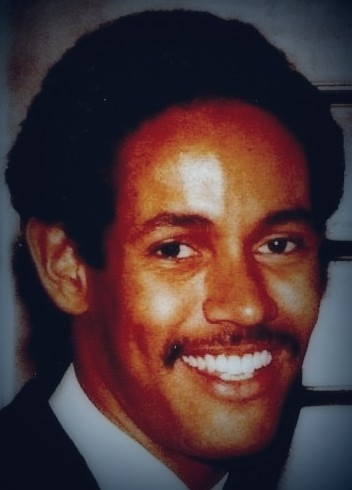 Melvin Lindsey was born on July 8, 1955 (to March 26, 1992). He was a popular radio personality in Washington, DC who is credited with creating the “Quiet Storm” music format that was emulated around the country and lives on today.

Melvin Lindsey was raised in the Petworth area of Northwest Washington and attended West Elementary, MacFarland and Deal junior highs, and Woodrow Wilson High School. As a disc jockey at Howard University he founded the “Quiet Storm” format in 1976, which featured his deep, sultry voice and romantic, smooth R&B music. General Manager Cathy Hughes urged Lindsey to use the Smokey Robinson tune “A Quiet Storm” as the theme music for his new show. By late 1977 it was the top-rated weekend music show in DC and stations across the country began their own “Quiet Storm” programs.

Lindsey remained at WHUR for nine years before re-branding the program as “Melvin’s Melodies” and bringing it to WKYS-FM in 1985 for another five years. During his radio career, Lindsey went from making a few thousand dollars a year to signing a $1 million contract. Later in his career, he hosted a program for Black Entertainment Television, worked for Washington’s WTTG-TV and WFTY-TV, Baltimore’s WJZ-TV, and was a weekend DJ at WPGC-FM.

Lindsey admits being promiscuous during his lucrative days in radio. “It was the ’70s and early ’80s single life, and running around, and just doing whatever,” he later told the “Washington Post.” “From the period of 1985 on I bought condoms every time I went to the grocery store. They were in my cart.” He said most of his sexual encounters were with men.

In 1990, Lindsey learned he was HIV positive and struggled to keep it a secret. As early as 1982 another doctor had told him his blood count was irregular and recommended he have an HIV/AIDS test. “I was afraid,” Lindsey confessed, and never had it done. He recalled calling a friend from a payphone and telling him he had AIDS. “I was crying. I was a mess. He confided in me that he had HIV for two years. Like so many people he didn’t feel comfortable opening up. He said, ‘You and I are going to make it, we are going to be okay.’ I think what was beneficial to both of us was that when something came up on my body, I said, ‘I got this spot,’ and he would say, ‘I’ve had that, don’t worry.’”

After his health began to deteriorate and he grew tired of trying to cover up lesions, Lindsey told his family about his illness. He also stopped broadcasting to spend more time undergoing treatment. Lindsey was eventually diagnosed with diabetes, and AIDS took a terrible toll on his physical appearance. In his final broadcast just days before his passing, Lindsey took phone calls from his hospital bed from listeners of WHUR, the radio station where he started it all. On March 26, 1992, Melvin Lindsey died of AIDS complications at Sibley Memorial Hospital in Washington, surrounded by family and close friends. He was 36.

Lindsey wanted to be as open about his illness as possible and help others who were struggling. “I am getting more and more faith, and I can’t pinpoint what is making my faith grow,” he said. “Maybe it is the love and people around me. I know I am not afraid to die. I know there have been so many wonderful people who have died before me. If there is this eternal life, I will be glad to be with them.”

We remember Melvin Lindsey for his courage, innovation, and contributions to broadcasting.