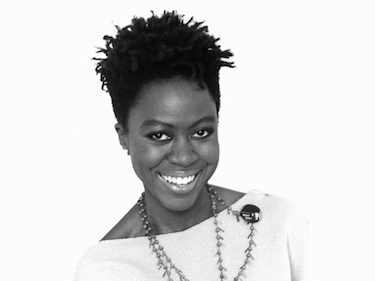 Danitra Vance was born on July 13, 1954 (to August 21, 1994). She was an actress and comedian known for her roles in off-Broadway productions such as “The Colored Museum” and “Spunk,” and became the first Black woman to join the regular cast on “Saturday Night Live.”

Vance was born into a working class household in Chicago, where she attended Thornton Township High School and excelled at theater and debating. After briefly studying at the National College of Education in Illinois, she transferred to Chicago’s Roosevelt University in 1975 to study acting and playwriting. Vance graduated with honors from Roosevelt and relocated to London to earn her Masters of Fine Arts in acting from the Webster-Douglas Academy of Dramatic Arts.

Vance returned to Chicago in the late 1970s, where she struggled to find roles written for Black women. Frustrated, she sought the advice of actress Ruby Dee, who performed in an all-Black production of “Come Blow Your Horn.” Dee told her that the industry needed more writers, so Vance began developing her own one-woman comedic play while paying the bills as a Gary, Indiana high school teacher during the day. She met with great success performing at Chicago-area nightclubs, and enjoyed a brief fun with the famed Second City comedy troupe.

In 1981, Vance moved to New York City and refined her writing and one-woman show at Brooklyn’s BACA Downtown. Her revue, “Danitra Vance and the Mell-o White Boys” became an off-Broadway hit, with characters that included a ghetto Shakespearean actress, a feminist stripper, a lesbian college recruiter, and rap musical star Acquanetta Feinstein. That same year, after getting a job at Bloomingdale’s to help make ends meet, she got the break of a lifetime when she was cast on “Saturday Night Live.” Relegated to portraying racial stereotypes in SNL’s skits, she left the show after only one season—joining the exodus of Robert Downey, Jr., Anthony Michael Hall, Joan Cusack, and others.

In addition to becoming the first African American woman to become a “Saturday Night Live” regular, Vance also became the show’s first regular with a learning disability. Because she had dyslexia, Vance struggled to memorize lines and read cue cards, but was able to cover it up and ad lib when necessary. Although her sexuality wasn’t public at the time, she became SNL’s first lesbian cast member.

Among Vance’s honors were an NAACP Image Award in 1986, an Independent Spirit Award nomination for the film, “Jumpin’ at the Boneyard,” and an Obie Award for her performance in the theatrical adaptation of “Spunk,” a collection of short stories written by Zora Neale Hurston. Her television credits included TV movies and an appearance in “Miami Vice.” Film roles ranged from “Sticky Fingers” and “War of the Roses” to “Limit Up” and “Little Man Tate.” Vance was also in the original cast of George C. Wolfe’s play, “The Colored Museum.”

In 1990, Vance was diagnosed with advanced breast cancer and underwent a single mastectomy. She used the experience for her solo performance piece, “The Radical Girl’s Guide to Radical Mastectomy.” Although Vance lived in Brooklyn at the time of her death, she passed away at the home of her grandfather in Markham, Illinois, a year after a recurrence of cancer. Her friends and family hosted a memorial service featuring apple-bobbing and bean-bag throws because Vance wanted her services to be held at an amusement park. She was 40 years old, and survived by Jones Miller, her longtime partner, and her grandfather, mother, and sister.

We remember Danitra Vance for her groundbreaking contributions to theater, film, television, and comedy.