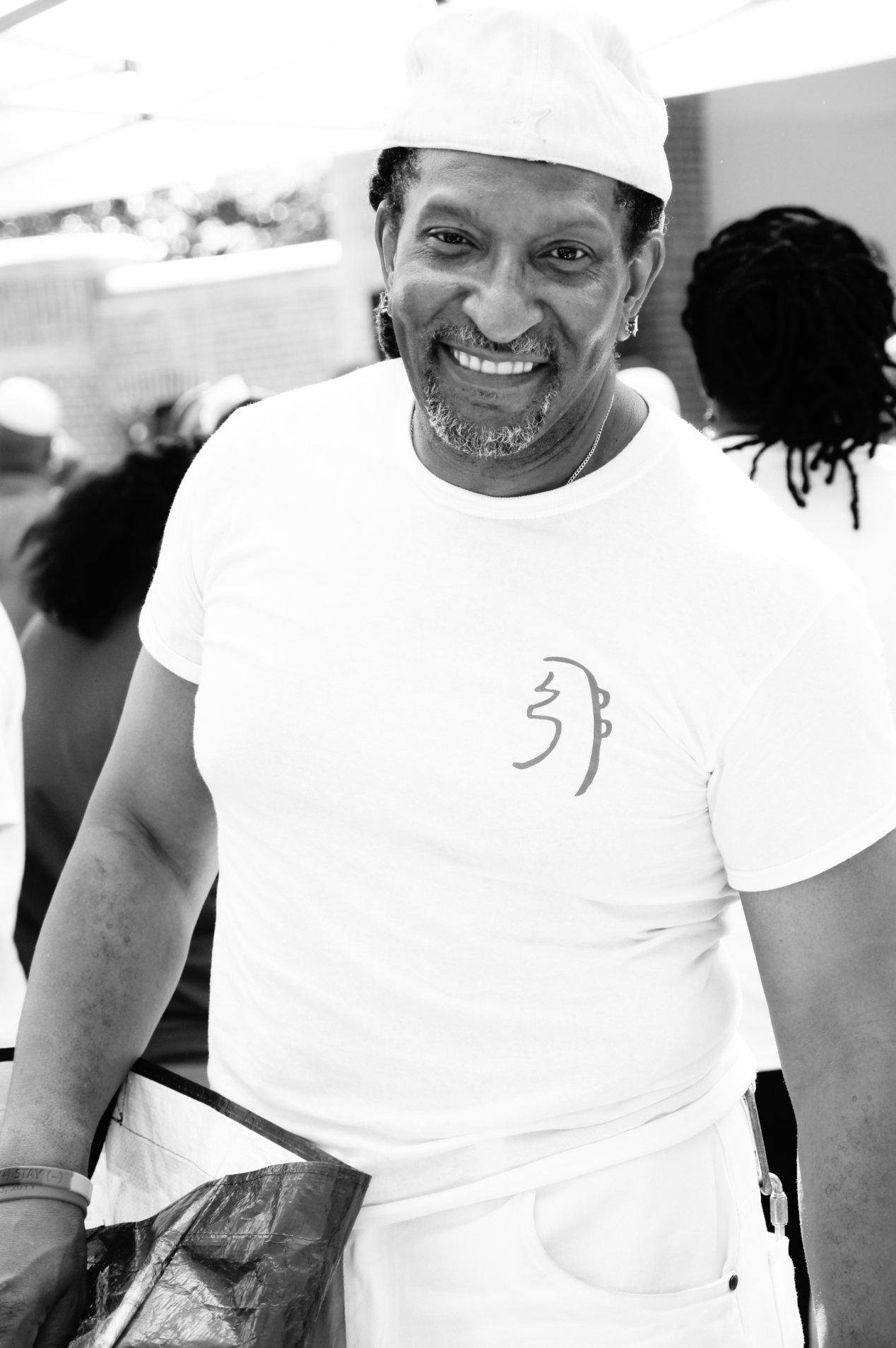 George Bellinger, Jr. was born on July 22, 1955. He has worked to uplift the community for almost forty years as a highly respected HIV/AIDS activist, lecturer, LGBT advocate, provocateur, and mentor.

George Bellinger, Jr. was born in New York City to George Bellinger, Sr., who was a taxicab driver, and his mother, Lucy, who had been a domestic worker before becoming a full-time homemaker. George is the middle child of seven, and grew up in a loving and energetic home in Jamaica, Queens. He attended the High School of Fashion Industries, graduating in 1974 with a degree in fashion design. While in high school, he was a member of the track team, tennis team, and helped to coach the cheerleaders. He was a member of the student government, and also served as president of the school’s dance club and Black Unlimited, a campus empowerment group for students.

Always a lover of the arts and especially dance, George often was invited to parties and celebrations to dance and get the festivities started. He began dancing more often and attended the Bernice Johnson dance studio to expand his knowledge, and took classes to increase his repertoire at the Dance Theatre of Harlem, Alvin Ailey American Dance Studio, the Joffrey Ballet, and the Thelma Hill and Frank Hatchett dance studios.

George took classes at the City University of New York (CUNY) and the State University of New York’s Fashion Institute of Technology (FIT), but his dance career took off, and he began to pursue those opportunities and never looked back. Although he attended a high school where there were many gays and lesbians, George was not aware of his attraction to other men until after he graduated. Eventually, a friend of the family suggested that George might be attracted to other men and that’s was when he first began his relationship. Growing up in a fairly progressive household, he came out to his mother and other members of his family when he fell in love at 21.

George’s career took him to Washington, DC, where he taught dance in the early 1980s. This was also the time when the HIV epidemic first hit the community. He was involved with the DC Coalition of Black Gays, and the National Coalition of Black Lesbians & Gays, where he became a prevention specialist. This work took him to the third International Conference on HIV/AIDS in Montreal, where his expertise was recognized and supported. While in Washington, DC, he worked with the Whitman-Walker Gay Men’s clinic (before it did HIV work) and was on the staff of Spectrum, the first Black HIV agency in the nation’s capital. There he helped develop a safer sex manual for gay men that was replicated throughout the country and internationally.

George has worked in HIV/AIDS for over twenty-five years and has held various positions including as outreach worker, policy advocate, educator, evaluator, executive director and board member. He has served throughout the United States, Canada, Europe, and Africa. He was also present in the development of the National Minority AIDS Council (NMAC) along with good friend and colleague, Craig G. Harris. His knowledge of community norms and developmental strategies continued to expand and moved from prevention issues to address challenges for women, adolescents, substance users and immigrant populations.

In 1987, George moved back to New York to work with the National Development and Research Institutes, Inc. to focus on substance users and incarcerated persons. He also worked with Gay Men’s Health Crisis (GMHC), Women & AIDS Resource Network (WARN), and at People of Color in Crisis (POCC) as a coordinator, education director and founding board member, as well as being a member of many other coalitions and organizations. After losing some very close friends to AIDS, George needed a change of venue, and moved to San Francisco where he worked with the National Task Force of AIDS Prevention. This position provided him with the opportunity to develop relationships and workshops to address specific needs in the community.

Moving back to New York, George created his consulting group that worked to enhance and support agencies and organizations on program design, evaluation, board development, staff training, cultural diversity, media awareness, grant writing, and fundraising. He has also worked with the Harlem Directors Group, AIDS Action Council, Black AIDS Institute, the Black Gay & Lesbian Leadership Forum, the Centers for Disease Control, Health Resource & Services Administration, the US Conference of Mayors, NMAC, and others. He is well known and respected as a thorough and competent administrator and consultant.

As a proud Black, gay man, George loves to relate to various communities. Over the years he has been involved as a board member and outreach coordinator for the 1994 Gay Games, as a member of ADODI, as a founding board member and former board president of Gay Men of African Descent (GMAD), and as part of the Black Gay & Lesbian Leadership Forum, Men of All Colors Together, and the International Coalition of Black Prides (now the Center of Black Equity).

George Bellinger Jr. wants the Black LGBTQ community to thrive and grow at its own rate, but says the community can’t complain when others move forward. “While we’re holding ourselves back,” he says, “too often, we don’t lift up the community and celebrate our accomplishments until others, in the larger LGBT community, acknowledge our community builders and grassroots leaders. We need to speak for ourselves and stop waiting for others to acknowledge our greatness.”

George has been recognized for his years of hard work by the Black AIDS Institute, which awarded him its Heroes in the Struggle Award, as well as honors from the New York City Council, the Office of the New York City Comptroller, Gay Men of African Descent, Gay Men’s Health Crisis, and the Black Gay & Lesbian Leadership Forum. He has also been named the recipient of the 2014 Bayard Rustin Award by New York City Black Pride.

A practicing Catholic, George has no conflict with being gay and holding his religious beliefs. He has been a member of his church for over 25 years, sings in the choir, and serves as a trustee. He has been voted man of the year twice at his church. George loves amusement parks, especially roller coasters, live theater, and great conversation. He is proud of his culinary skills, loves to entertain and enjoys a good cocktail. George can also be shy, a homebody and a trivia buff. He loves to watch and engage young, Black, gay men and lesbians in the community who want to learn from the past but who also want to make their own paths. He is known as “Uncle George” to many in the community, and loves the support and respect he receives, especially from leaders in New York, Boston, Philly and DC.

George Bellinger, Jr. says, “Clarity is your friend, when you are clear about what you want, it’s so much easier to get it. There are no mistakes, only lessons…you will repeat a lesson until you learn it, and then you move to the next one.” He is fond of borrowing a line from Toni Morrison’s “Beloved,” where she says, “we are our own best thing.”

We thank George Ballinger, Jr. for his decades of selfless advocacy and for his support of our community.