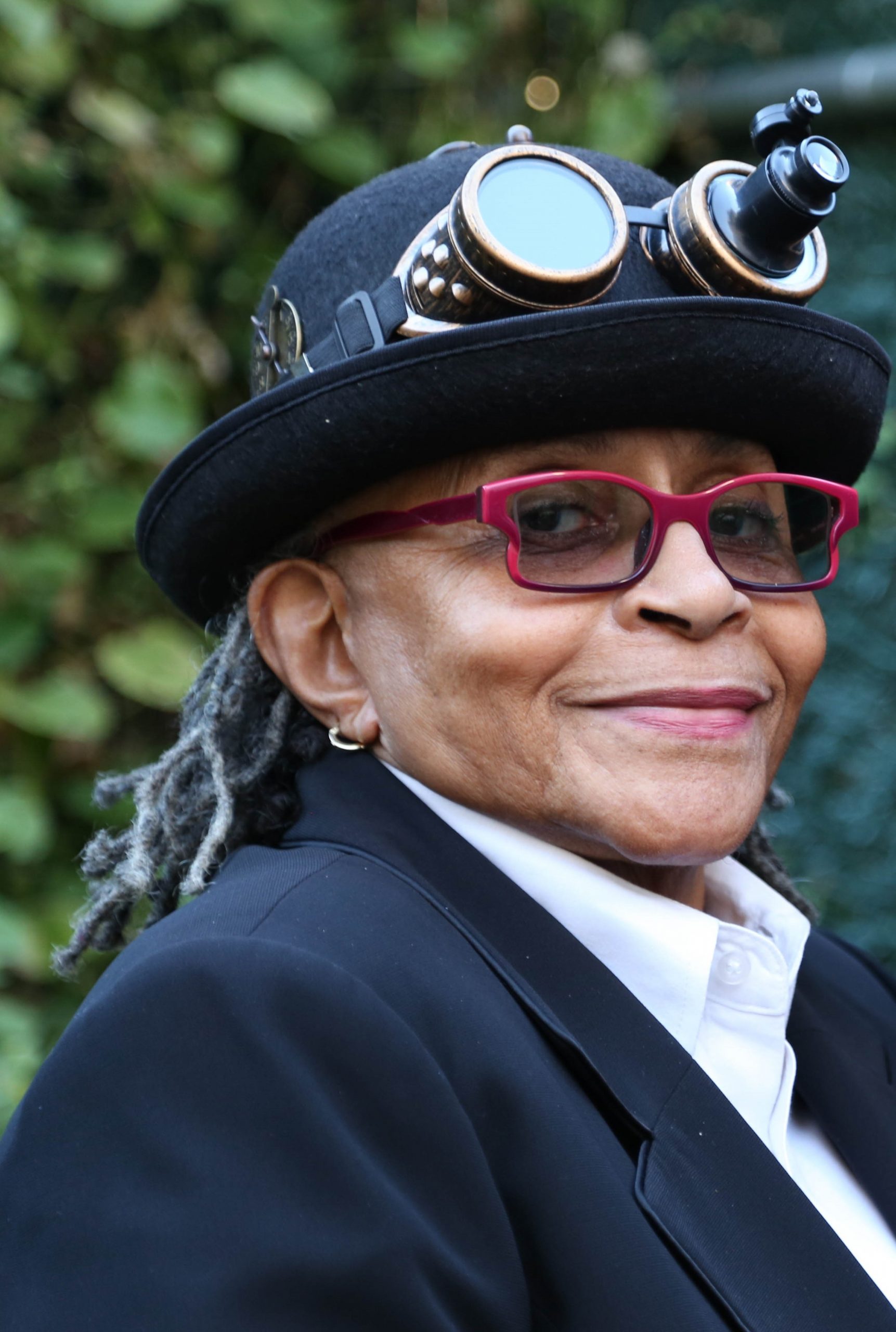 Jean Wimberly was born on November 3. She is an activist, and the founder and executive director of Circle of Voices, Inc. (COVI).

Jean Wimberly was born in Philadelphia, Pennsylvania, but moved to New York City in the 1970s. In those early days of living her truth as a lesbian, she recalled being harassed on the street—especially by men.

“I came out as a three-piece butch,” Wimberly told BRIC TV in 2016. “I wore suits, and I padded things down—I was very much a so-called butch. But that look brought negative attention to me.”

Wimberly joined Salsa Soul Sisters, the oldest Black lesbian organization in the United States. At the time, she and the organization were part of a movement to address the critical, unmet needs of their community, including health care and protection from ongoing harassment, violence, and discrimination.

In 1979, recognizing an issue with a lack of women of color attending the iconic Womyn’s Michigan Music Festival, Wimberly and her “sisters” were granted their request to take the stage and voice how they felt. In front of an audience of thousands of women, Wimberly and a friend praised the festival, but made a bold statement that the lack of women of color “could only be described as racism.” In response, she recalled, everyone at the gathering lifted up their flashlights, stood up, and started chanting in support. It led to the establishment of the Women of Color Tent at the Festival.

“I was just blown. I was nervous. I was afraid, but I had to say it because it was such an awesome time,” Wimberly told “HuffPost Live.” “It was like a little piece of heaven and women of color were missing out on this, and so I had to say something.”

In the early 1980s, Wimberly started the Womyn of Color East Coast Music Festival, which brought together performers from across the country. That led to the founding of  Brooklyn, New York-based Circle of Voices, a “Womyn of African Descent and Womyn of Color” nonprofit whose mission is to “produce multi-cultural events of an artistic nature as nourishment for the human spirit…and provide a creative arts environment where Womyn of all orientations can exchange information, her-stories, knowledge and skills amongst each other and the community at large through performances, workshops, music festivals and seminars that express issues that affect our environment.”

Circle of Voices also connects the community with health services, including mammograms, and Wimberly serves on the Community Advisory Board at Callen-Lorde Community Health Center. The organization launched “Digging Up Da Sistah Roots,” a tribute to lesbians of the past who paved the way for LGBTQ women of today. Its “aUnUbU” initiative (pronounced “ah-new-boo”) offers culturally competent resources for women of African descent and of color.

Wimberly and her life story have been featured in “SWERV Magazine,” “ELIXHER,” and “Curve,” among others. In 2012, she was named as one of the 100 Women We Love by “GO Magazine,” along with fellow activist and Circle of Voices director, Kaz Mitchell. Wimberly and Mitchell celebrated 16 years as a couple in October of 2017. Wimberly received the My True Colors Festival’s Pride Vanguard Award in 2017 as a living icon in the LGBTQIA+ movement, and was named that same year as one of The G-Listed’s “Beautifully Human: 50 Shades Of Black” honorees.

We thank Jean Wimberly for her decades of pioneering activism, and for her support of our community.