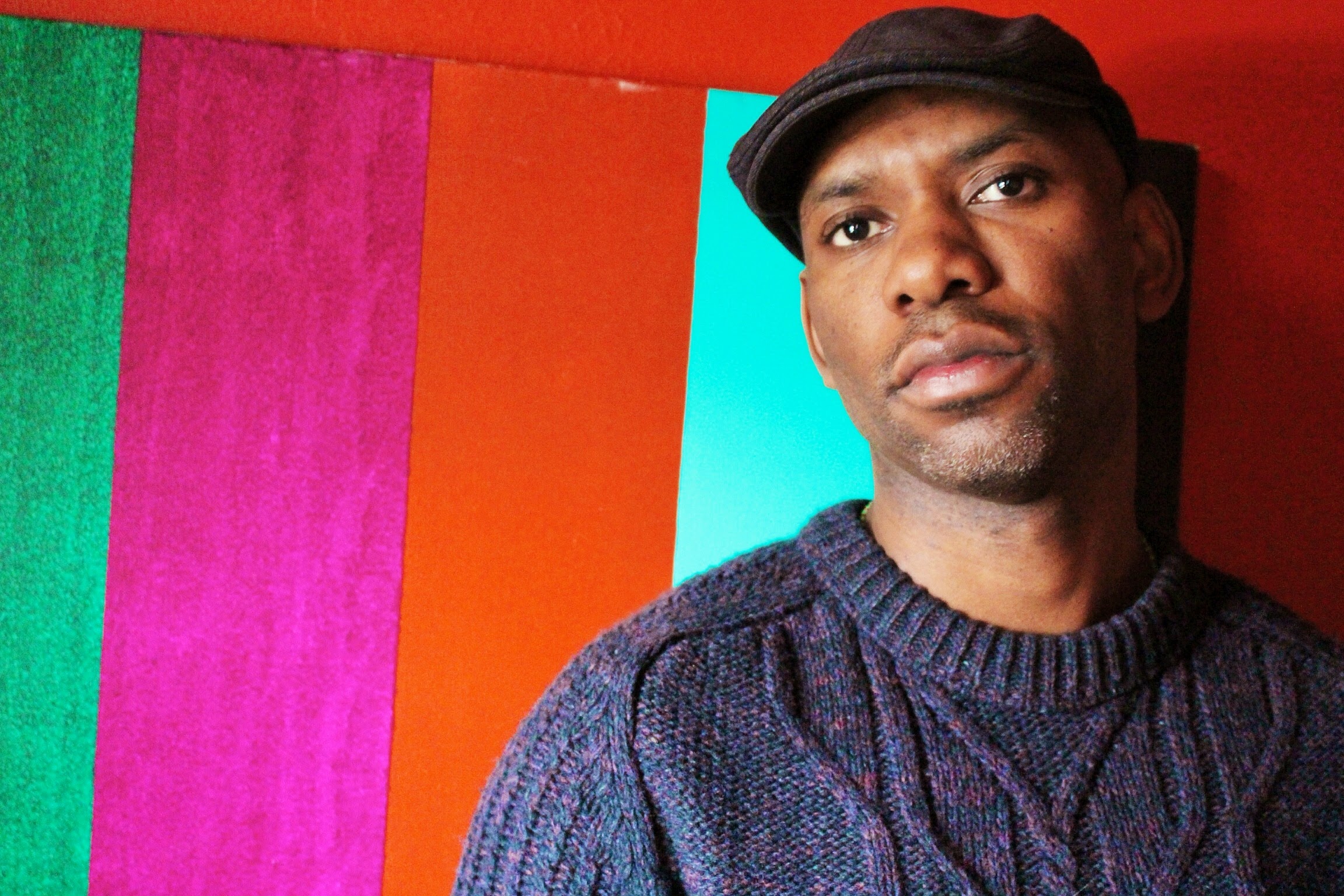 Kenyon Farrow was born on November 13, 1974. He is a writer, activist, and strategist, and senior editor with TheBody.com and TheBodyPRO.com.

Kenyon Farrow was born and raised in Cleveland, Ohio. As a young boy growing up in the 1980s, Farrow learned some early lessons about being gay and the burgeoning HIV/AIDS crisis. “This was when the AIDS epidemic was first gaining notoriety,” Farrow told “Black Enterprise” in 2011. “Since HIV/AIDS was automatically linked to homosexuality back then, you’d hear a lot of the fire-and-brimstone-type speeches, about how being gay was an abomination and a sin. If you were gay, you pretty much learned to keep quiet.”

Farrow attended Hawken School in Gates Mills, Ohio, and after graduating in 1993, earned his BA in theater at Ohio Wesleyan University, where he was a member of Theta Alpha Phi fraternity. In 2006, he received a master’s degree in journalism from the City University of New York.

After moving to New York City in 1999, Farrow’s dreams of becoming an actor were overshadowed by social injustices he witnessed in the city, and he instead turned to organizing around issues that included criminalization and mass imprisonment. Farrow was a member and staff organizer with Critical Resistance for several years, all the while volunteering as an adult ally with FIERCE! when the organization was in its infancy mobilizing against the gentrification and criminalization of queer youth in New York City.

In addition, Farrow helped to launch a national network, Project UNSHACKLE, in 2008—one of the first of its kind to bridge the gap between AIDS activists and prison activists. It helped build many of the relationships that led to the national work around HIV criminalization now organized by the Positive Justice Project through the Center for HIV Law and Policy.

For nearly two decades, Farrow has worked in social movements on local, national, and global campaigns and projects, particularly those around the LGBTQ community that were often overshadowed at the time by the push for marriage equality. As the executive director of Queers for Economic Justice (QEJ) from 2009 until 2011, Farrow worked on a movement-building project to strengthen the connections of grassroots LGBTQ organizations to national racial and economic justice policy issues. His relationship with QEJ spanned six years, first as a volunteer shelter project facilitator, then helping to draft the Beyond Marriage statement and serving on the organization’s board.

Farrow worked on several projects that organized Black LGBTQ communities in New York City, including an anti-homophobia social marketing campaign that’s been reproduced in several cities, working for community accountability around a string of homicides and assaults on Black gay men in the mid-2000s, and organizing a faith-based project to bring together Black LGBTQ faith leaders and organizers called the Revival Initiative, which was the basis for the LGBT Faith Leaders of African Descent organization.

Farrow has been an HIV prevention and treatment activist and writer since 1998, when he joined the staff at AIDS Task Force of Greater Cleveland. He’s worked with Housing Works, NYS Black Gay Network, National Gay & Lesbian Taskforce Policy Institute, the Community HIV/AIDS Mobilization Project (CHAMP), and as the US & Global Health Policy Director for Treatment Action Group (TAG).

Approaching his fourth year at TAG, Farrow published a qualitative research project exploring the role of community mobilization in the HIV response in nine United States cities, as well as helping to craft and implement a national strategy to end stock-outs of tuberculosis (TB) drugs. He lead TAG’s work to partner with four jurisdictions in the south to develop “end the epidemic” campaigns to expand the impact of that work in the most impacted part of the nation.

Farrow’s work behind the scenes on Governor Andrew Cuomo’s campaign to dramatically reduce HIV infections by 2020 elicited two important policy wins for which Farrow directly advocated: new funding to expand LGBTQ youth housing options, and maintaining the privacy of minors seeking HIV or reproductive care, even if they’re on their parents’ insurance.

In addition to his advocacy and political efforts, Farrow is a prolific essayist and author whose writing has always been a parallel outlet for his activism. He is the co-editor of “Letters from Young Activists: Today’s Rebels Speak Out.” Farrow’s work has appeared in the anthologies “Spirited: Affirming the Soul of Black Lesbian and Gay Identity,” “Against Equality: Queer Critiques of Same-Sex Marriage,” “For Colored Boys Who Have Considered Suicide When The Rainbow Is Still Not Enough,” “We Have Not Been Moved: Resisting Racism and Militarism in 21st Century America,” and “Black Gay Genius: Answering Joseph Beam’s Call.”

His work has also appeared in print and online publications such as “The Atlantic,” “The Huffington Post,” “TheGrio,” “Colorlines,” “POZ,” “The American Prospect,” and “AlterNet.” He has been working on a political memoir, “Black in a Rainbow World.”

Farrow was named one of “Out” magazine’s Out 100 for 2008, a 40 Under 40 LGBT Leader in the United States by “The Advocate” in 2010, and one of Black Entertainment Television’s Modern Black History Heroes for 2011. He received the Community Activist award at Chicago Black Pride’s Esteem Awards in 2013, and was honored with the 2016 Sexual Freedom Award by the Woodhull Institute.

In November of 2017, it was announced that Farrow had been named senior editor at TheBody.com and TheBodyPRO.com, online sites dedicated to providing HIV/AIDS news, information, and support.

A longtime resident of Brooklyn, New York, Farrow now lives in Newark, New Jersey, where he hopes for more mobilization around the intersectionality of HIV and social justice. “I feel proud to see some of the work I’ve been doing sprout up in organizations like Black Youth Project and Black Lives Matter,” Farrow told “POZ” in 2017. “I’m looking forward to a new young generation of Black activists.”

We thank Kenyon Farrow for his words, activism, and support of our community. You can learn more about Kenyon Farrow at his website.