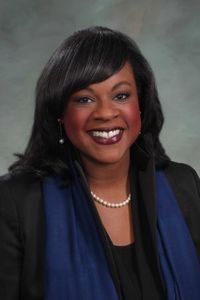 Representative Leslie Herod (HD-8) was elected in 2016 as the first LGBTQ African American in the General Assembly, while receiving the highest number of votes of any candidate running in a contested election. She serves as the Chair of the House Finance Committee, Vice Chair of the House Judiciary Committee, and Chair of the Committee on Legal Services. Rep. Herod also chairs the Colorado Black Democratic Legislative Caucus and the Arts Caucus.

Since her election in 2016, Herod has sent 68 bills to the Governor’s desk, marshaling through numerous pieces of legislation addressing criminal justice reform, mental health & substance abuse, renewable energy, youth homelessness, and civil rights protections. Her legislative agenda underscores her commitment to improving the lives of all Coloradans, especially those caught in the cycle of poverty or mired in the criminal justice system.

In addition to winning reelection in 2018, Herod championed a ballot initiative – Caring 4 Denver – that will raise at least $35 million annually for mental health and substance abuse treatment and services for children and adults in Denver. The initiative passed overwhelmingly with nearly 70% support from Denver voters and has created the largest mental health foundation in the state.

Herod cares a great deal about the future of Colorado’s young people. While a student at CU Boulder, she co-founded New Era Colorado – the state’s leading organization focused on the engagement of young people – with Congressman Joe Neguse, Senate Majority Leader Steve Fenberg, and Lisa Kaufmann, now Chief of Staff for Governor Polis. She has served as a mentor for high school students, delivered commencement remarks, and is a frequent guest at high school and college campuses.

Herod is dedicated to serving the community, having served on multiple organizations, boards and commissions, including serving as Governor Ritter’s appointee to the Judicial Performance Commission, a mayoral appointee to Denver’s Cultural Affairs Commission, the Board of Directors for Urban Peak – Colorado’s leading homeless youth service agency, and President of Colorado Black Women for Political Action. Herod also served as President Obama’s Deputy Political Director in Colorado during his 2012 Reelection Campaign.

Herod’s notable achievements have been recognized by numerous organizations. In 2019, she was featured in 5280 Magazine. In 2018, the Interfaith Alliance of Colorado awarded Herod with the “Force for Good” award, Urban Peak presented her with its “Maverick Thinker” award, and she was chosen to give a TED talk on the importance of providing free tampons to female inmates. In 2017, the Colorado Democratic Party honored Representative Herod with the 2017 “Rising Star” award, Out Front Colorado honored her with a 2017 “Power Award,” she was named a “Champion of Choice” by Planned Parenthood and NARAL Pro-Choice Colorado, and she was featured in Marie Claire Magazine’s “Power Issue.”