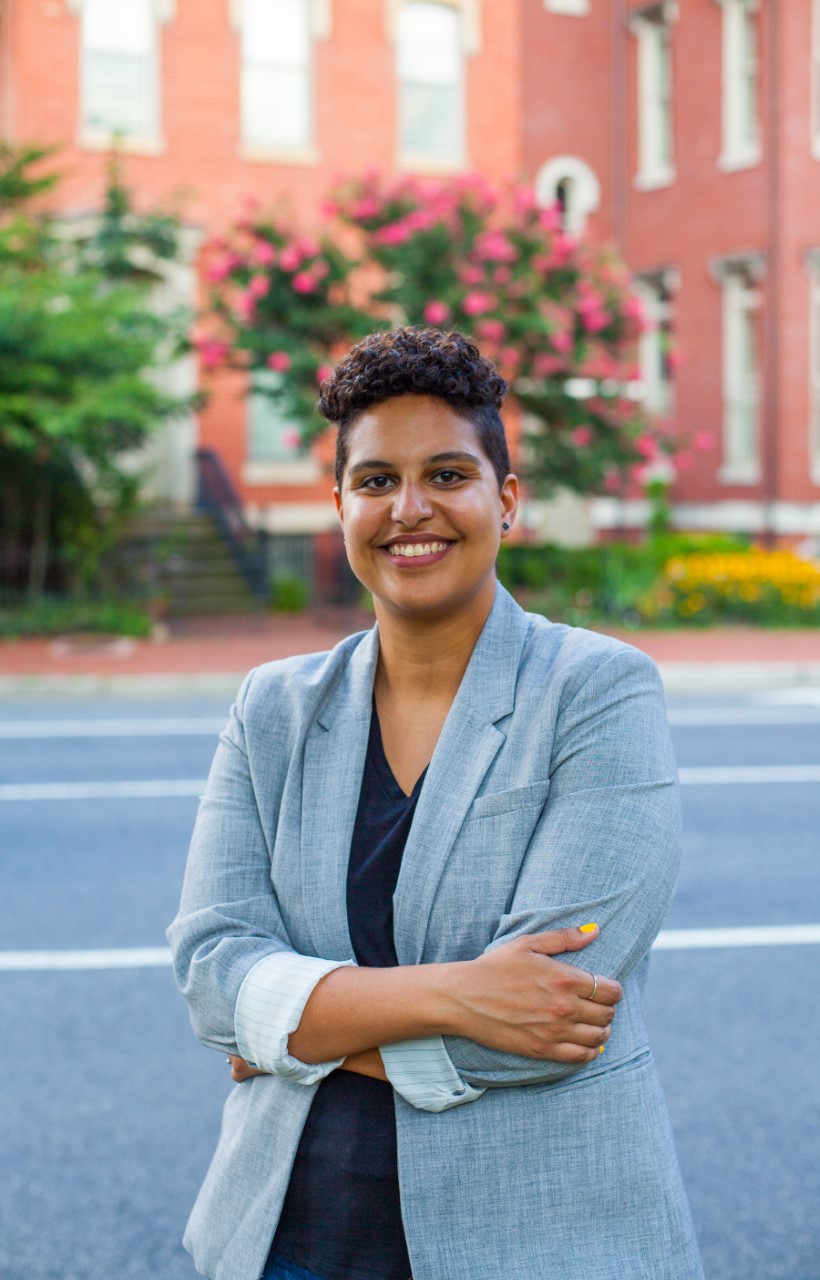 Rehana Mohammed was elected to the DC ANC in 2020. Mohammed has lived in the DC area her whole life, and in Ward 2 since 2013.

She was born at Washington Hospital Center in Ward 5, grew up in Takoma Park, MD, and currently lives on 13th St with her wife,Tirna, and two cats.

Her public school education taught her the importance of education accessibility and equity. When she was in middle school, Rehana would go to the Takoma Park Public Library every day after school, since both of her parents worked outside of the home. She understands that for many families like hers, access to public space is incredibly important.

Rehana Mohammed is currently the Board Chair at The DC Center for the LGBT Community, where she advocates on behalf of the LGBTQ+ community and oversees the many services they provide. As Board Chair, she has testified before multiple DC Council Committees and met with Council Members to push for more resources for the community.

In her day job, she is a Director at a non-profit where she leads a team of 15 staff that manages communications, IT, project management, and data analytics for a $600 million federal program. Prior to her current role, Rehana worked in the White House Office of Management and Budget for 3 years as a Presidential Management Fellow and Policy Analyst, overseeing government-wide fiscal transparency policy.

She earned her MS in Public Policy and Management from Carnegie Mellon University and her BS in Foreign Service from Georgetown University.

What is an Advisory Neighborhood Commission?

ANCs are a key part of the DC government. An Advisory Neighborhood Commission (ANC) is a local body made up of elected representatives from the Single Member Districts (SMDs). Each SMD has about 2,000 residents and the ANCs are updated after each Census. There are currently 40 ANCs in DC.

The ANC is a voice for the community – they represent their neighborhood and advise the DC government. District agencies and the DC Council give recommendations from ANCs “great weight” in deliberations and frequently turn to ANCs to understand how proposals will impact a community.