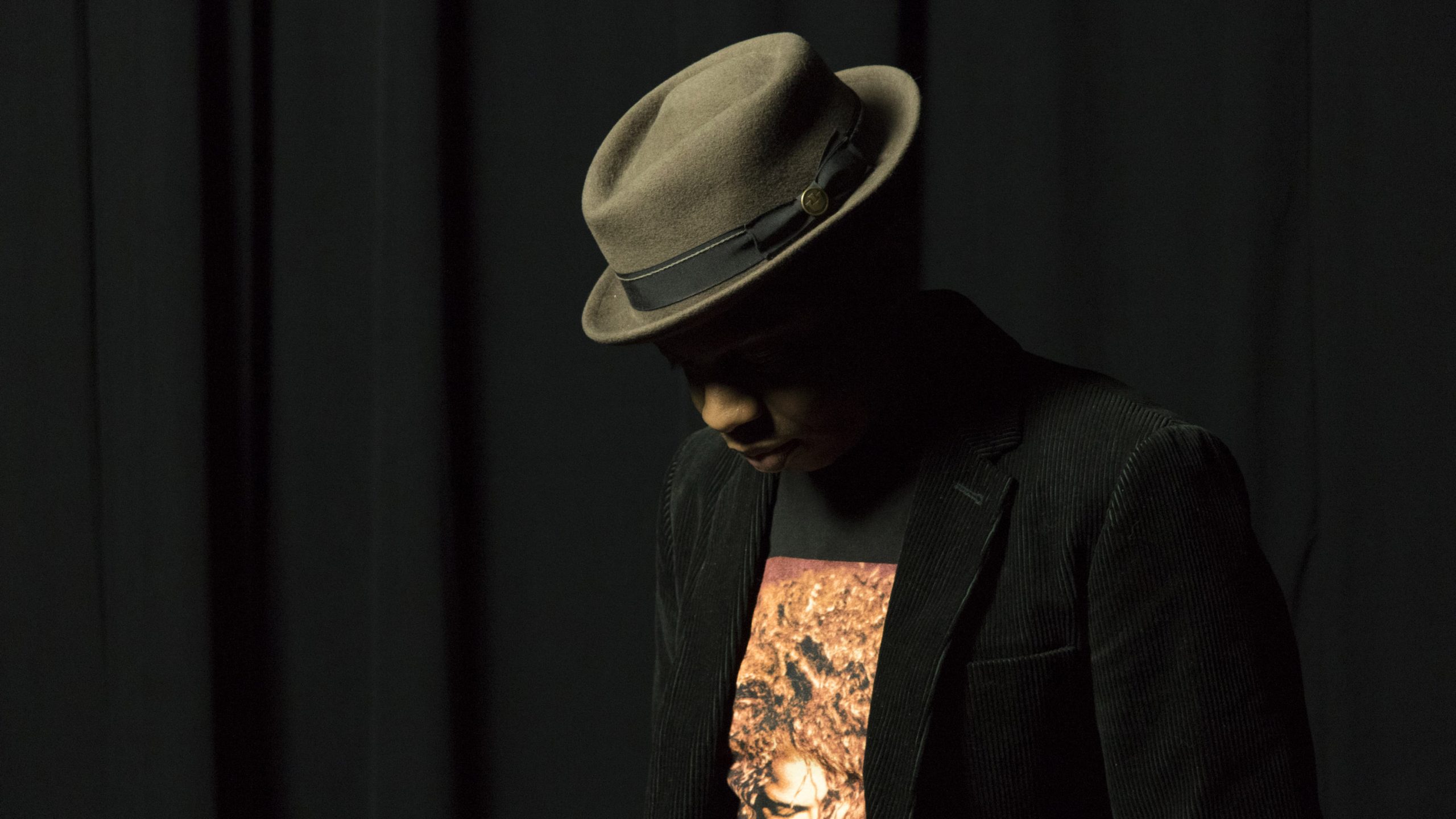 Robert Jones, Jr. (“Son of Baldwin”) was born on April 21, 1971. He is an influential writer, blogger, novelist, activist, critical thinker, and a self-described nerd who finds it difficult to conceive of leaving this world in the condition he found it.

Robert Jones, Jr. was born in New York City to Robert Sr., a career military man, and his mother Joan, a nurse’s aide by profession and a seamstress by design. He is the oldest of three siblings (and as Robert reports, “possibly five—papa was, after all, a rolling stone”). Jones attended high school, but dropped out due to the intense bullying he encountered; he obtained his GED shortly afterward.

For a while, Robert Jones, Jr. says he lost his way. He worked at several jobs that paid the bills but weren’t spiritually fulfilling. Until one day, while watching an episode of “The Oprah Show,” he had an epiphany. Jones knew he had a purpose, and his real job was to discover what that purpose was. He had always enjoyed writing, but didn’t imagine it could be his life’s profession because he had rarely received encouragement for his written work.

Unable to shake the feeling that writing was his destiny, Jones left his job, and enrolled at Brooklyn College, where he obtained his Bachelor of Fine Arts degree in creative writing in 2006. In 2008, at the same institution, he received a Master of Fine Arts in fiction from the acclaimed program headed by Pulitzer Prize-winning author Michael Cunningham.

Robert Jones, Jr. was influenced by many who were impressed by his gift for the written word, and his humanity. Perhaps the most important influence was his late grandmother Corrine, who he says “taught me what love was.” There were also college professors to whom he is grateful for helping him to cultivate a critical perspective and a conscious mind. In particular, he names Africana Studies professor George Cunningham—who told Jones that he was the most talented writer he had come across since Gloria Naylor, who was once a student of his—and English professor Roni Natov, who believed in Jones and convinced him that he might, indeed, have a knack for writing. But most of all, he says, that “once I discovered literature, I was liberated. The truth is that James Baldwin, Toni Morrison, and Octavia Butler not only made me feel less lonely, but they also saved my life.”

Known to his family and friends as Bobby, Robert Jones, Jr. grew up in a family that was Southern Baptist on his father’s side, and followers of the Nation of Islam on his mother’s side. This meant that his behavior was heavily policed on all sides, by people who deemed it imperative that he “become a man.” The scrutiny extended beyond his family, and was enforced by friends, enemies, classmates, teachers, administrators, colleagues, and supervisors. Jones says part of the reason he became a writer was because he was forced to retreat into his own mind and imagination. “Therefore, [I] had no choice but to invent a world where I could be safe, and barring safe, then at least not bullied or abused.”

Jones wrote his first short story at age 12, and has been writing consistently ever since. In the spirit of creating that safe space in the real world, he started the groundbreaking and influential blog Son of Baldwin in 2008, both as homage to James Baldwin, and as a way to discover if he was, indeed, alone in the way he thought about the world. Happily, he reports “I’ve discovered that I am far from alone.” Visit his Facebook page at www.facebook.com/sonofbaldwinfb/.

Since 2009, Jones has served as an editor, writer, and project manager on the marketing end of higher education, and says that he enjoys the opportunity to shape the aesthetics and messaging of an institution to ensure that both are more inclusive. He is also a freelance writer whose work has been featured in “The New York Times,” “Essence,” “The Grio,” and “The Feminist Wire.”

Jones has given his time to numerous organizations, including the American Humanist Association’s LGBTQ Humanist Caucus, the Brooklyn Movement Center (a nonprofit community organization interested in the uplift of marginalized communities), Gay and Lesbian Advocacy in Research and Education (GLARE), and LGBTQ Resource Center. ARRAY, Dream Defenders, the Fresh Air Fund, the Innocence Project, Safe Horizon, the Sylvia Rivera Law Project, and Trinity Place are some of the artistic and charitable organizations he supports.

Not surprisingly, Robert Jones, Jr. is an avid reader who also enjoys comic book collecting, is a film and animated series buff, a music aficionado, novice landscaper, and a travel enthusiast. Jones and his longtime partner A.T., an attorney, were introduced by a mutual friend, and remained as friends for four years before they started dating. They live in Brooklyn, and enjoy film, cracking jokes, giving people appropriate nicknames, arguing about politics, cooking and cleaning, and vacillating between sitting at home low-key watching television or traveling nationally and internationally. They have a badass cat named Baldwin, who allows them the liberty to come and go as they please.

Jones is currently signed to a literary agent, and in the process of revising his first novel.

We thank Robert Jones, Jr. for his powerful and influential way with words, and for his support of our community.