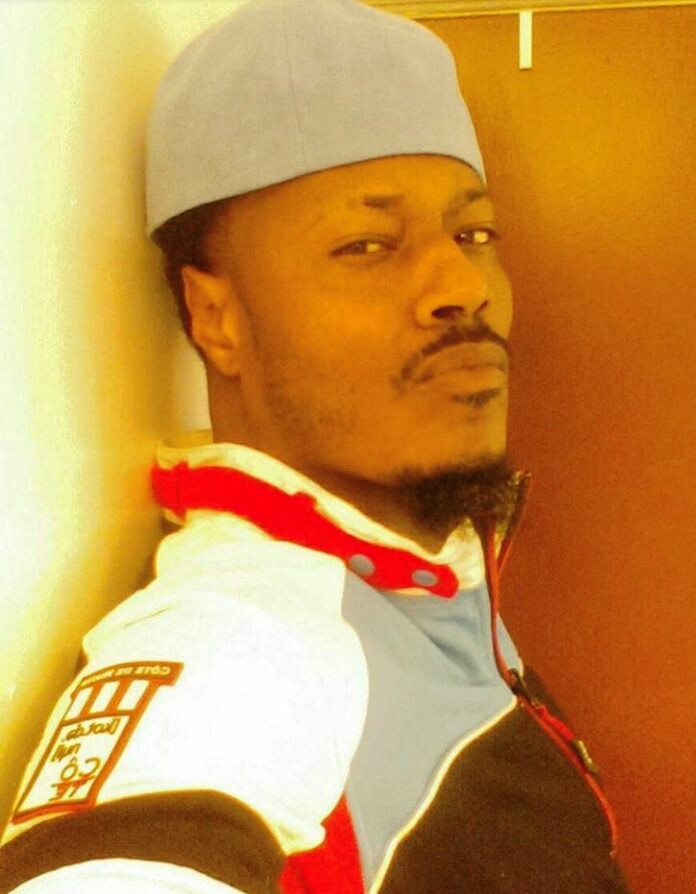 Larry Wilson, Jr. was born in Salinas, California on June 26, 1977. He is a bestselling novelist, poet, professional model, HIV advocate, and community leader. He may be best known for his novels written under his pen name, Dapharoah69: The King of Erotica.

He is the son of Larry Curtis Wilson, Sr., and his mother, Barbara McCray (who at the time was a government employee and who has since retired after 25 years of dedicated service). He is the second oldest child out of four on his father’s side, and the oldest child out of six on his mother’s side. Larry’s parents separated when he was fourteen months old, and he and his mother moved to Goulds, Florida. There, he attended Pine-Villa Elementary School, graduated from Miami Southridge Senior High School in June of 1995, and enrolled in the United States Army.

Larry Wilson started writing when he was six, prompted by his grandfather, retired Air Force Master Sergeant Luther Lee McCray, who replaced his children’s books with “Reader’s Digest” and “National Geographic.” He was reading about the world, studying the accompanying maps, and writing stories based on his imaginary adventures. Larry would go on to read all the books in his grandfather’s home by the age of 17, and took college prep English since the 8th grade. While in school, his English teachers noticed Larry’s knack for spelling and writing, and encouraged him to pursue writing. He is an abuse survivor who used his journals—which he referred to as his “imaginary friends”—to get him through the pain of silence and isolation. He won his first poetry invitational at the age of eight years old at Pine-Villa Elementary and went on to take first place the same year, 1985, at Miami Southridge, beating out freshman and seniors.

Because of his sexuality, Larry was bullied relentlessly by several of his male classmates, and he became quiet, timid, and introverted; his writing became his refuge. As he became aware of his same-gender attraction, he also began to understand the depth of his family’s intolerant attitudes about homosexuality, so he hid his bisexual interests to appease others. He suffered sexual abuse by a trusted family member from ages 6 through 10 and was beaten to keep quiet. When he finally told several members of his family, they didn’t believe him, and he thereafter remained tight-lipped about the abuse. Larry never told his mother because the perpetrator told Larry he’d kill him and his mother if he talked. He sacrificed himself to keep everyone happy while he suffered in silence. He says now, “I didn’t love myself. I would become addicted to the abuse and I hated myself for it, for years.”

Larry became promiscuous, sleeping with adults to validate himself, and when he went to church for healing, the pastor and his wife abused him as well. After he turned sixteen, he grew tired of it and stood up for himself, becoming verbal and ending that period of promiscuity. But he says it wasn’t easy, and took a lot of prayer and writing to get him through it. Larry used his real life experiences to write the fiction he has created over the past decade.

After high school he went into the Army, and following his discharge, enrolled at City College in Miami, where he made the Dean’s List with a 3.5 average his first semester. But a series of tragedies made his elation short-lived. He would lose his best friend to gun violence in Portland, Oregon in July of 1995. He cooperated with authorities to bring his best friend’s killers to justice but they retaliated, threatening to kill him. Molestation charges were brought against Larry as a result of the killer’s conspiracy against him for talking. He was incarcerated at the Oregon State Penitentiary, along with his best friend’s murderers.

Larry used the time to hone his craft and write 45 books, including a six-book vampire compilation that he wrote by hand. He was also a writer for “Outer Visions,” a prison publication featuring newsletters and short stories, and helped over 400 inmates obtain their High School Equivalency diplomas while serving as an English and Math tutor. He was a certified T.E.L.T. tutor, and the youngest tutor in the Oregon prison system at 23 years old. While in prison, an anthology Larry co-edited with Charles White and contributed writing to, “Voices from Within,” was selected by Body Positive Magazine as their Book of the Month spotlight. He was also selected to be an extra in the Bruce Willis and Billy Bob Thornton movie “Bandits” (filmed at the prison), and became the Executive Director of the Administration for HIV/AIDS Awareness Program (HAAP), the only HIV/AIDS non-profit organization of its kind in the nation at that time.

Years after his release from prison, and just as his writing was finding success and his future was beginning to look bright, Larry tested positive for HIV in 2009. He used his undetectable status to further educate his readers and fans through his writing, as well as himself.

Writing under the name Dapharoah69, he is the author of the bestselling eight-book series, “The King of Erotica.” He had 500 #1 Blogs in the Writing and Poetry category on MySpace in 2006-2007. The first three “The King of Erotica” books soared into the barnesandnoble.com Top 100 Bestseller List at the same time in February of 2009, making him one of the first independent LGBTQ authors to achieve that feat. Over three million people have read his works, and acclaimed author E. Lynn Harris selected him to be a part of his “Basketball Jones Literary Café.” Harris also posted a picture holding up Larry’s “The King of Erotica 1” and his debut novel “Call Her Queen Hatshepsut,” which Harris reviewed before he passed away a few months later.

Larry’s novel, “Call Her Queen Hatshepsut,” was recognized by the African Americans on the Move Book Club as their Book of the Month and The Book of the Year, and was reviewed by his mentor, E. Lynn Harris. “Some Men Wear Panties” was originally published without a contract, and Larry was forced to release it himself, with other books in the series slated for release in 2018. He was also recognized as Male Author of the Year in 2010, as Talent of the Year by Atlanta’s Meak Productions Talent Agency,  and was nominated for three Transparency Awards. He has been interviewed by more than 115 blog talk radio programs, including Lamont Carey, Attica Lundy, Dedan Tolbert, and Cyrus Webb’s “Conversation’s Live.” Larry has more than 640 five star reviews, sold over 200,000 copies by word of mouth, and his books have been featured in over a thousand book clubs worldwide.

In 2015, Larry won a modeling contract with The Miami Fashion Board, and was cast as an extra in “Alvin and the Chipmunks 4” and as a police officer in Tyler Perry’s “If Loving You Is Wrong.” He also did an Antonio Sadio fashion spread.

Larry was honored in October of 2016 with the “Men of Integrity Award” from the Utopian Euphoria LLC for his post-prison career and contributions that inspire others. They recognized his tenacity and ability to overcome, as well as his inspiring testimony. He was also awarded The Certificate of Integrity by New York State Senator Timothy Kennedy, honoring his community efforts.

The first book in Larry’s vampire series, “The Law of Beasts,” is slated for release in late 2017. Larry has also written, edited and completed “Drayshaun Jones,” a tribute to his mentor E. Lynn Harris’ “Basketball Jones,” with a planned release in December 2017.

Larry says, “My faith in God, faith in myself, and the love and loyalty of my husband, John Wilson, has gotten me through. I can’t go through something and not spread my testimony to help someone else. My life is my art. I do it with humbleness and humility. I have over thirty years of experience in the taboo subjects I talk and write about. I write to express myself. Everyone isn’t going to like my writing so I focus on creating stories that I love, hoping others can relate to them. As long as they get something from them then my job is done.”

We thank Larry Wilson for the impact of his powerful writing, for his resilience and inspiring determination, and for his many contributions to our community.

You can find Larry’s books here..