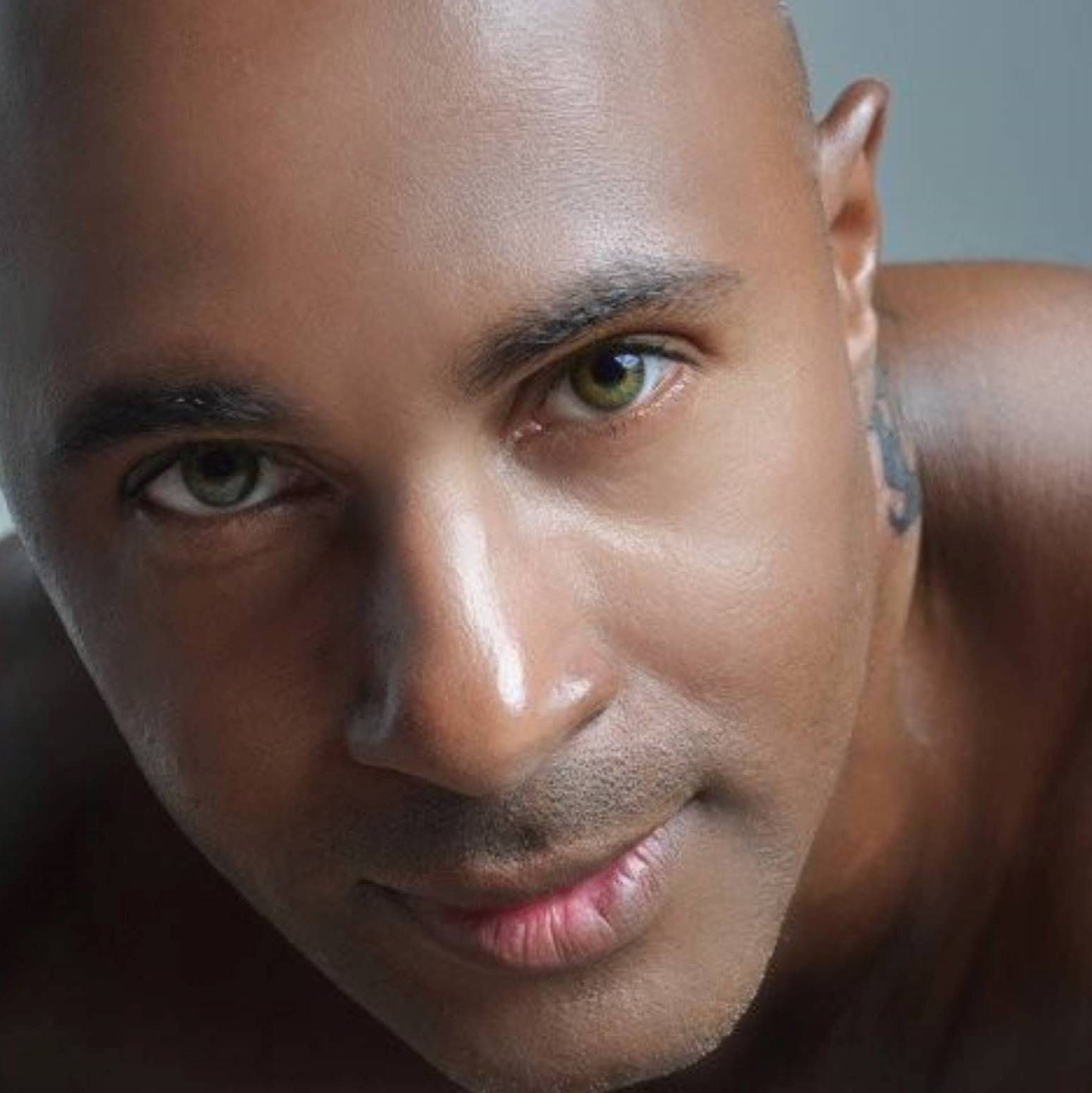 Johnny Gratton was born on July 27, 1962. He is a popular adult film star and model known under his performance name, J. C. Carter.

Johnny Gratton was born in Chicago, Illinois, to Johnny Gratton, Sr., who was a city worker for the Department of Streets and Sanitation, and his mother, Carrie Gratton, who worked as a school bus driver. He attended Holy Angels Elementary School and Dunbar Vocational High School, where he graduated in 1980. Following high school, he enrolled at Harold Washington College and earned his associates degree in Criminal Justice.

Gratton says he grew up “in a strict household, with my father being the disciplinarian and mother being more relaxed and more open and understanding.” His challenges as a young man revolved around perceptions of sexuality. “The stigma toward being Black and gay has a lot to do with gender expectations,” says Gratton. “On the one side, gay Black men are portrayed as hypersexual and aggressive. On the other side, gay Black men are portrayed as extremely effeminate and flamboyant.” He adds that he lived with the fear of being kicked out and disowned by his parents. Gratton, who prefers to self–identify as bisexual, says he is attracted to women in a sexual way, but enjoys men because he “can relate and quickly bond and tend to establish a deeper connection” to them.

In the late 1990s, Gratton launched a career in the adult film industry. In some ways, it was a way for him to come out to his family. “They heard and read articles about me, and they accepted me, and they said that they love me and will always be there to support me,” he recalls. “But they did state that they would not be viewing any of my videos. At that point I realized that it’s OK to be who you are, and never let anyone’s opinion become you.”

The Black SGL/LGBTQ community is important to Gratton because “there is so much we have to do starting with ourselves. There are so many hurdles we must address, such as intolerance within the community, the high rate of STDs, lack of community resources, and mentors for youth.” He adds that it’s important for Black SGL/Queer men and women to be proud of who they are because it’s so easy to beat up on ourselves.

“Many of us spend a lot of time thinking about the things we’ve done wrong, the mistakes that we’ve made, or how we haven’t yet achieved all of the things that we want to achieve,” he states. “With this in mind, when you feel the urge to criticize yourself, take a moment to remember all of the reasons why you are a great person who is worthy of love and respect. In hard times, sometimes a boost of self-confidence may be exactly what you need. You’ve survived everything life has thrown at you, and some of it has been really, really tough. You’ve inspired other people (whether you realize it or not!). You still have accomplishments ahead of you to look forward to, and you’ve never stopped dreaming, you always kept reaching for more.”

Gratton has been employed by the State of Illinois since 2000 and is currently an inmate intake processor. In 2008, he joined health and HIV/AIDS experts for “Tunnel of Love,” a gay men’s health forum in Chicago sponsored by Lifelube, Project CRYSP, Steamworks, and Feast of Fools.

Gratton describes his personal life as “simple”—coming home to his partner (F.B.) of 16 years, and his two golden retrievers, Nanook and Nasser. He makes his home in Chicago and enjoys working out five times a week, cooking dinner nightly, and occasionally heading out to his favorite place, the Baton Show Lounge. Gratton also passes the time jet skiing, parasailing, and hang gliding.

In the future, he aspires to bring his dogs to provide comfort and smiles to hospitalized children and seniors. He remains inspired by “positive people who are always ready to face life challenges head on, people who have the mindset to see the bigger picture and to realize how fortunate they are compared to so many other less fortunate people in the world.”

We thank Johnny Gratton for his numerous contributions to our community.