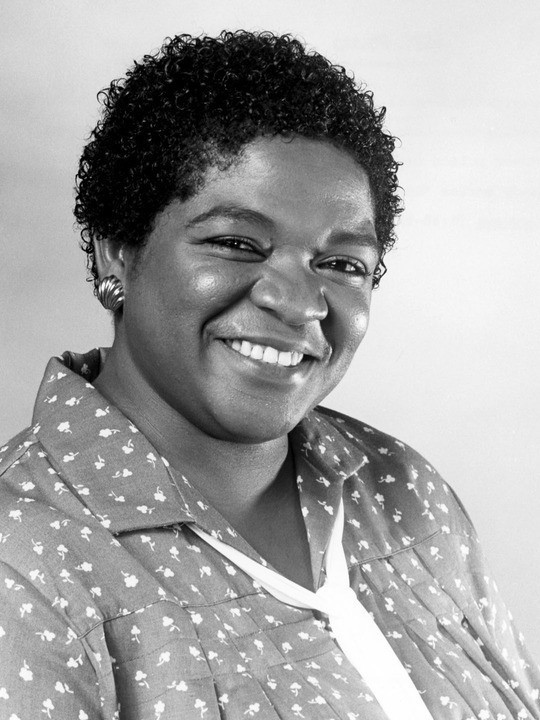 Nell Carter was born on September 13, 1948 (to January 23, 2003). The star of the hit NBC sitcom “Gimme a Break!” was an acclaimed actress and singer, honored with both a Tony and Emmy for her work.

Nell Ruth Hardy was born in Birmingham, Alabama, one of nine children of Horace and Edna Mae Hardy. When Carter was two years old, her father was electrocuted after he stepped on a live power line. As a child, she began singing on a local gospel radio show, and was also a member of the church choir. At the age of 16, Carter was raped at gunpoint and became pregnant. She gave birth to a daughter, Tracey, who was raised by her aunt.

Carter was the music director for the 1974 Westbeth Playwrights Feminist Collective’s production of “What Time of Night It Is.” She appeared alongside Bette Davis in the 1974 stage musical, “Miss Moffat,” based on Davis’ earlier film, “The Corn Is Green.” The show closed before making it to Broadway. After receiving further training in London, she broke into stardom with the musical, “Ain’t Misbehavin’,” for which she won a Tony Award in 1978. She won an Emmy for the same role in a televised performance in 1982.

In 1978, Carter was cast as Effie White in the Broadway musical, “Dreamgirls,” but left the production during development to take a television role on the ABC soap opera, “Ryan’s Hope,” in New York. When “Dreamgirls” premiered in late 1981, Jennifer Holliday had taken over the lead. In 1979, she had a part in the Miloš Forman-directed musical film adaptation of “Hair.” Her vocal talents are showcased throughout the motion picture soundtrack. One of the more memorable moments in the film involves her rendition of “White Boys,” where she can be seen dancing playfully as she performs the song.

Carter also took a role on television’s “The Misadventures of Sheriff Lobo,” before landing a steady role as Nell Harper on the sitcom “Gimme a Break!,” for which she earned Golden Globe and Emmy Award nominations. The popular show lasted from 1981 through 1987. Carter married mathematician and lumber executive George Krynicki, and converted to Judaism in 1982. She had been born Roman Catholic and raised in a Presbyterian church. In the early 1980s, Carter attempted suicide, and entered a drug detoxification facility around 1985. Her brother, Bernard, died of complications due to AIDS in 1989.

Carter shot a pilot for NBC entitled “Morton’s By the Bay,” which aired as a one-time special in 1989. In October of that year, she performed “The Star-Spangled Banner” prior to Game 4 of the 1989 World Series, played at Candlestick Park in San Francisco, California.

In the mid-1990s, Carter appeared on Broadway in a revival of “Annie” as Miss Hannigan. She was very upset when commercials promoting the show used Marcia Lewis, a white actress, as Miss Hannigan. The producers claimed that the commercials, which were made during an earlier production, were too costly to reshoot. Carter alleged racism played a part in the decision. “Maybe they don’t want audiences to know Nell Carter is black,” she told the “New York Post.” However, the ads did mention that Carter was in the show. “It hurts a lot,” Carter said at the time. “I’ve asked them nicely to stop it—it’s insulting to me as a Black woman.”

Carter had three children: daughter Tracy, and two sons, Daniel and Joshua, both adopted as newborns. She attempted to adopt two more children, however both adoptions fell through. In one case she brought home a child, Mary, but the birth parents demanded money before they would sign the adoption papers. In her final attempt, Carter allowed a young pregnant woman to move into her home with the plan that she would adopt the child, but the mother decided to keep her baby.

In 1992, Carter had surgery to repair two aneurysms. She divorced George Krynicki, and married Roger Larocque the same year; Carter and Larocque were divorced the following year. She declared bankruptcy in 1995 and again in 2002. Carter also endured three miscarriages.

Nell Carter died at the age of 54 on January 23, 2003, from heart disease complicated by diabetes. After her passing, friends and family were surprised to discover that Carter had been living as a closeted lesbian, and that custody of her children had been left to her domestic partner, Ann Kaser.