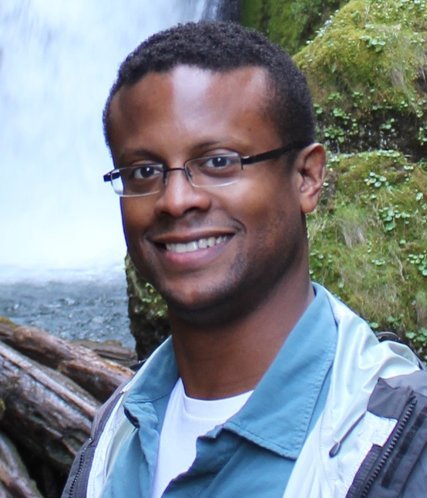 Sean Sasser was born on October 25, 1968 (to August 7, 2013). He was an educator, HIV/AIDS activist, mentor, pastry chef, and groundbreaking reality television star best known as the partner of fellow activist Pedro Zamora on the third season of MTV’s “The Real World.”

Sean Franklin Sasser was born in Detroit, Michigan to Patricia (Pat) Robinson Sasser, the daughter of a minister, and an Army sergeant dad. Sasser’s parents divorced when he was six, and his father was mostly absent from that point forward (except for sending his son a Casio watch every year on his birthday). Raised by his mother along with a younger sister, Staci, Sasser attended a private school, and then Cass Technical High School, a selective four-year university preparatory high school in Detroit. Sasser went on to the University of Chicago to study Near Eastern civilizations and pursue a career as archeologist, but grew restless and dropped out after his freshman year with the intent of taking only a year off.

After coming out as gay to his mother, he decided that enlisting in the United States Navy could help him deal with his sexuality. “I didn’t want to be gay anymore,” he said in a 1997 interview. “I thought it would work. You know, the discipline, all that stuff.” In order to enlist, Sasser had to have a mandatory blood test, which revealed he was HIV-positive. As an alternative to the military, Sasser decided to pursue his lifelong dream of cooking and opening his own restaurant, and enrolled in culinary school. After graduating, Sasser found jobs cooking in Chicago-area eateries.

Despite his accomplishments, Sasser found it difficult to live with his HIV status, worried that that it would kill him. In an effort to “figure out how to keep living,” Sasser relocated to San Francisco, California, where he met other people living with HIV/AIDS, and began his advocacy. He joined a youth-oriented HIV-positive movement, and began publicly speaking about his own experiences with HIV. Sasser appeared in several videos for Bay Area Positives, an organization serving young people of color, and was photographed by the renowned Annie Leibovitz for a national AIDS awareness campaign.

At the 1993 March on Washington for Lesbian, Gay, and Bi Equal Rights and Liberation, Sasser met a fellow HIV/AIDS activist from Miami, Florida named Pedro Zamora. Although both men were seeing other people at the time, Sasser found Zamora fascinating and very adept at advocacy. He told Zamora to call him if he ever visited San Francisco.

Eventually, Zamora was cast on MTV’s “The Real World: San Francisco,” and he and his fellow housemates moved into a loft and filming began in February of 1994. Around this time, Zamora and Sasser began dating, and Zamora asked the show’s producers if they could go on a second date without cameras present. The pair fell in love, and their relationship became a focal point of the program. On the November 3, 1994 broadcast of “The Real World: San Francisco,” Sasser and Zamora exchanged vows in a commitment ceremony. Although commonly cited as the first such ceremony for a same-sex couple in television history, “The New York Times” later reported that Bob Paris, a former Mr. Universe, and Rod Jackson, a model, had a wedding on “The Joan Rivers Show” in the early 1990s.

In August 1994, Zamora was diagnosed with progressive multifocal leukoencephalopathy (PML), and was told he only had months to live. He was flown to Miami to be close to his family, who was not accepting of Sasser. On November 11, 1994, a day after the final episode of “The Real World” aired, Zamora died of complications of AIDS. Sasser, who was at his side, later told POZ magazine, “Everything happened so quickly. And you know, as I look back on it, I’m glad. Because if it hadn’t, Pedro would have gotten sick and neither of us would have had the opportunity to express as fully as possible how we felt about each other.”

Sasser returned to San Francisco and continued speaking out on LGBTQ and HIV/AIDS issues. In 1995, he addressed the inaugural White House AIDS conference, and was appointed by President Bill Clinton to the Presidential Advisory Council on HIV/AIDS. That year, Sasser moved to Atlanta with plans to open his own café, and to be with his boyfriend, a relationship that ended months after his relocation.

In the 2008 film, “Pedro,” Sasser was portrayed by DaJuan Johnson.

In addition to serving as a pastry chef at Ritz-Carlton hotel properties, and head pastry chef at The Nines, a luxury hotel in Portland, Oregon, Sasser worked at the restaurant RIS after moving to Washington, DC in 2012. He was profiled by the “Washington Blade,” in which Sasser stated, “I want to serve desserts and pastries that people recognize and love to eat, but sometimes with an unexpected twist of surprise.” While living in Washington, Sasser also served as a board member of the AIDS Alliance for Children.

In June of 2013, Sasser married his longtime live-in boyfriend, Michael Kaplan, whom he first started dating in 1996. The couple were foster parents to a 4-year-old girl, Alice, while in Oregon. Just a month after the wedding, Sasser was diagnosed with stage IV mesothelioma, a rare cancer of the lungs. Kaplan speculated that Sasser had been exposed to asbestos while rebuilding old houses in Detroit as a young man. Sasser was unable to work for the last five weeks of his life, and his last days were spent bedridden.

Sean Sasser died at his home on August 7, 2013, at the age of 44. His body was cremated, and, at his request, his ashes were spread in places he had been or wished to visit.

In September of that year, Kaplan, the CEO and president of AIDS United, helped establish the Sean Sasser Memorial Endowment Fund to mobilize support for programs that improve the health outcomes for gay men of color. “Gay men, and other men who have sex with men, represent the only group in the United States currently seeing a rise in new infections,” stated Kaplan in a press release. “Recent research suggests that a black gay man in many urban areas of the United States has a one in four chance of becoming infected with HIV by the age of 25. By the age of 40, he has a 60 percent of becoming HIV positive. For us to turn the tide on this epidemic in this particularly vulnerable community, it is imperative that we mobilize and direct resources to programs that reach it. The Sean Sasser Endowment Fund honors Sean’s memory and his work by helping AIDS United do this.”

According to Kaplan, “If Sean had had his way, we would have had three kids and a house. He loved music, he loved baking, he loved traveling and he loved children. He was an incredibly humble person and he was just all about living his life.”

We remember Sean Sasser for his work as an HIV/AIDS educator and activist, mentor, and for living his truth and supporting our community in a very public way.