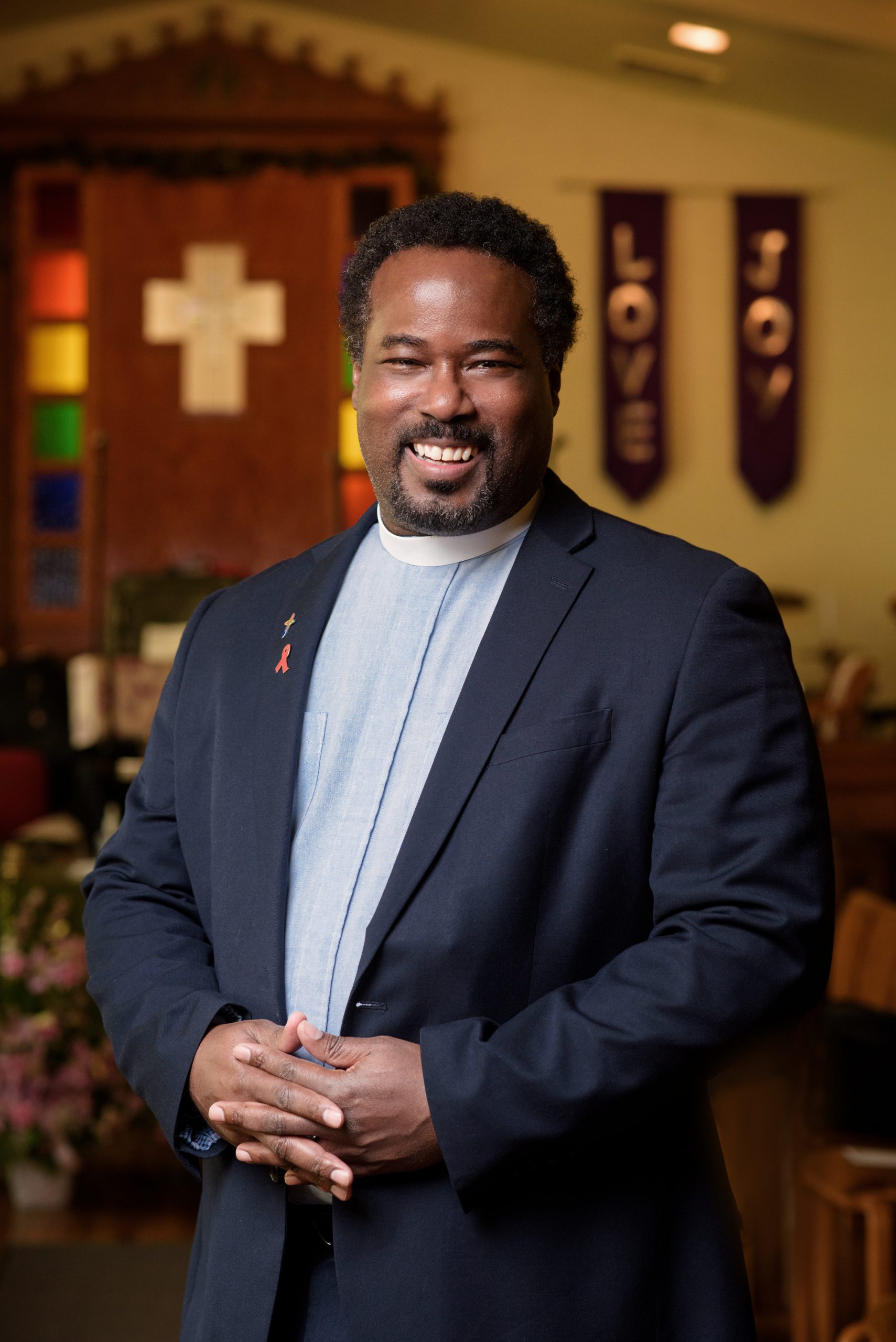 Rev. Dr. Roland Stringfellow was born on December 6, 1968. He is an instructor, author, a sacred activist, and community builder. He has spent many years organizing spiritual congregations for LGBTQ inclusion and marriage equality in California, and currently serves as the senior pastor and teacher of the Metropolitan Community Church of Detroit, Michigan.

Roland Stringfellow was born in Fort Wayne, Indiana, the youngest of three children of Henry and Helen Stringfellow. Following high school, he enrolled at Indiana University, where he obtained his degree in special education. He followed that with a master’s degree in counseling from Indiana-Purdue University Fort Wayne, a Master of Arts degree in ministry from Grace Theological Seminary, and a certification in religion and sexuality and Master of Divinity and Doctor of Ministry degrees from the Pacific School of Religion, with a focus on LGBTQ spirituality. Stringfellow is a member of Alpha Phi Alpha Fraternity, Inc.

In the 1990s, Stringfellow served as a minister in a fundamental Baptist church in Indiana. He had experienced self-hatred about his sexuality, and tried everything from books and counseling, and even went to an Exodus International conference for people who wanted freedom from homosexuality. Stringfellow attended a Pentecostal church to have the “demon” of homosexuality to be cast out—twice, because the first time didn’t take. He left his Baptist congregation when he decided to come out as a gay man. Prior to that, Stringfellow never imagined he would find a healthy relation between spirituality and sexuality. He now helps others find their equilibrium as spiritual LGBTQ people. Having come through his experience of self-discovery to a place of self-love, Stringfellow now considers himself to be an out and proud gay Christian minister.

In addition to his work at Metropolitan Community Church, Rev. Dr. Roland Stringfellow works with congregations on LGBTQ inclusion as the director of ministerial outreach for the African-American Roundtable, a program of the Center for Lesbian and Gay Studies in Religion and Sexuality on the campus of the Pacific School of Religion. As the former coordinator of the Coalition of Welcoming Congregations of the Bay Area, Stringfellow has designed and hosted conferences educating faith communities on the issues facing LGBTQ seniors and youth, and the best practices of welcoming LGBTQ individuals and families into congregations. He has been consulted by media outlets regarding his work on marriage equality, and the role people of color and communities of faith played in this local, state, and national debate.

In 2010, Stringfellow began working with Los Angeles-based California Faith for Equality as the director of its African American faith community outreach (the Umoja Project), working with pastors and lay leaders in the Black church to provide pastoral care for gay and lesbian members of their congregations. In June 2011, Rev. Dr. Stringfellow was elected with the most number of votes to become a grand marshal in the San Francisco Pride Parade. In 2012, he expanded his outreach by having several articles published in the “Huffington Post,” and in 2013, he was especially proud to organize the San Francisco Bay Area response to the United States Supreme Court decisions on Proposition 8 and the Defense of Marriage Act (DOMA), which garnered worldwide media attention.

Rev. Dr. Stringfellow strongly believes that change in our society toward LGBTQ equality must be organized from within the LGBTQ community.

“Like every other movement for liberation, our voice will need to emerge from the grassroots, from the bottom up,” he said. “When that happens on a much wider scale, many if not most African American communities will realize in new ways that LGBTQ people are already part of their communities, already contributing members, already and always have been woven into the fabric of the community’s shared life.”

He went on to tell the Ubuntu Biography Project that “the need for work among Black LGBTQ people is far too urgent to wait for ‘permission’ to do this work, or to wait until a sufficient number of our pastors and clergy have changed their minds about biblical interpretation. Indeed, opinions about the Bible and human sexuality more generally will not change until more Black LGBT people find the courage they need to come out and offer their distinctive voice.”

Since moving back to the Midwest, Stringfellow has played a role in the marriage equality efforts in Michigan, and the celebration in downtown Detroit following the Supreme Court’s historic decision in 2015.

Rev. Dr. Roland Stringfellow and his husband, Gerald Peterson, are very active in the Detroit Metro area. Peterson is the executive director of the Ruth Ellis Center, which services predominately African American homeless and runaway LGBTQ youth. The Ruth Ellis Center continues the legacy of Ruth Ellis, an African American lesbian who opened her home in the Detroit area to LGBTQ youth in need.

Stringfellow and Peterson were legally married in Oakland, California, on Stringfellow’s birthday in 2013. They appreciate the love and support of their family members, and enjoy the company of their three adult children and five grandchildren.

We thank Rev. Dr. Roland Stringfellow for his inspiring spiritual leadership and advocacy, and for his many powerful contributions to our community.