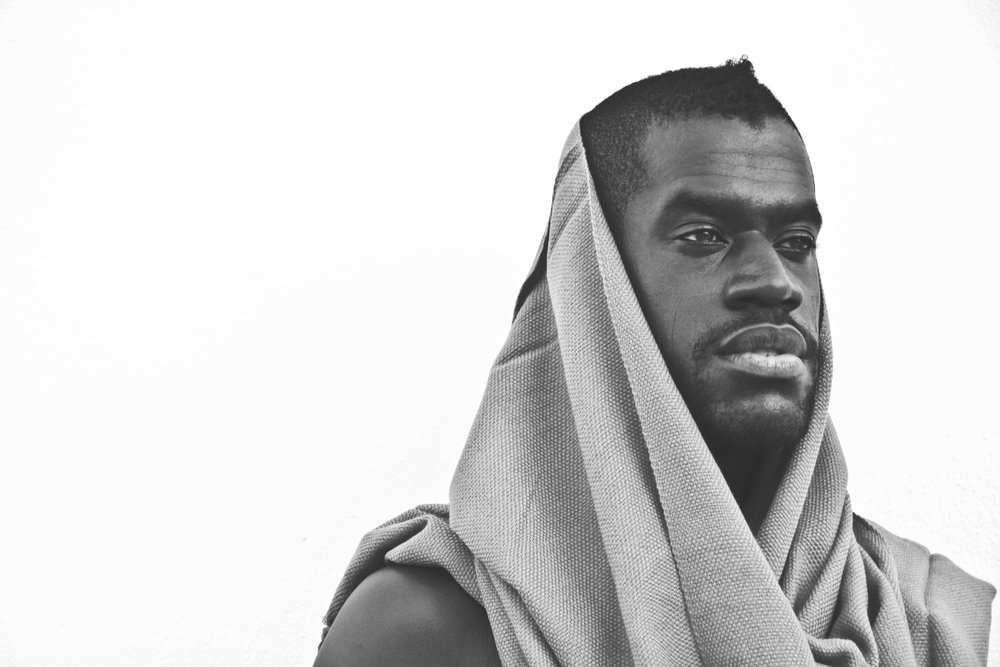 Baron Wright is a native of Newark, New Jersey, born to Jerome Norman and Joni Wright. Baron channeled his imagination into music, poetry, and a love for writing as a way to comfort himself against the harsh realities of Newark. He graduated from University High School in 1997, whereupon he enrolled in the honors program at New Jersey City University, but only stayed for one semester. Later, Baron attended the Katharine Gibbs School, where he received his associate’s degree in graphic design. While at Gibbs, Baron won its photography competition two years in a row.

Baron always felt like an outsider, and knew that his style and thoughts were different, so in his head he created a world that reflected his personality. At that time, he said he didn’t know that a short distance away was a place where fabulousness was celebrated and creativity was rewarded. Once discovered, Baron and his best friend would sneak across the river to New York City to take in all the culture and creative energy and life of Manhattan. He soon realized that he needed to embrace his own truth, come out to his family, and express himself creatively at the age of 15.

Baron’s family had always been very supportive and loving. When he decided to come out as gay to the grandmother who was raising him at the time, he asked his best friend to be there for support. Baron’s stuttering must’ve annoyed his friend because in the middle of his admittedly awkward coming out, the friend blurted out, “Grandma, Baron’s GAY!” His grandmother didn’t miss a beat and replied, “Well, that’s not something every parent wants to hear but I love you and if that’s who you are then that’s who you are.”

After the revelation, Baron didn’t really care much about what others thought; he sensed a liberating epiphany, and felt that it was okay to be himself. He began participating more socially in school, and it became a coming out for Baron as a creative artist as well. Being wildly artistic became his camouflage—a type of “drag” that helped him to appear to be a hip and eccentric artist, which served to deflect any criticism of his gay otherness.

Baron moved from his hometown to New York City to pursue his passion for the arts and entertainment. The city was vibrant and exciting, and Baron began appearing as a spoken-word artist. On the stage he was fearless, and had an unapologetic platform where expression was abundant and Baron had a lot to express. It was also here where he revealed himself to his audience as a gay man. “I felt that true expression needed full honesty. It was a difficult decision but I’m glad I’ve made it. My mind thanks me all the time,” Baron said.

As a spoken word artist, Baron has performed internationally, winning audiences at colleges, cafes, and theaters. His one-person play, “Troubled Man,” was a standing-room-only spectacle at the legendary Nuyorican Cafe. With recorded material from his live show, Baron created his first CD of the same name, blending live spoken word with hip-hop, dance, and soul music.

Baron’s art spans many mediums and crosses many boundaries. His first love was photography, and he’s had the opportunity to use his lens to capture many other artists, including Nhojj, Vanessa Hidary, Helena D. Lewis, and Narubi Selah. Baron has also been a successful model, and performed spoken word at slams and other venues for many years. Today, he uses his creative spirit to create memorable music and unique videos. Recording as Baron Artist, a.k.a. B. Dot, he is an electro/hip-hop recording artist inspired by 1980ss rock, 1990ss hip-hop, and today’s synth electronica. His style is both retrospective and contemporary, and his unique blend of meaningful vocals, pop songs, and hip-hop nuances creates a poignant yet eclectic mix of music.

The mish-mash of styling provides the foundation for “Celebrity,” which became Baron’s most celebrated work to date. Released in 2008, “Celebrity” was the breakthrough album separating him from his spoken-word roots, and placing him in the ever expansive world of music. The 14-track CD garnered praise for its raw delivery, genre-bending mixes, and Baron’s creative songwriting style. His singles, “Feel Like Fashion,” “Celebrity,” “Party with B,” and “Birds,” became fan favorites nationally and internationally. Michael Christopher of “SWERV” magazine wrote, “[Celebrity] gives you the glimpse of the good life while actually having something to say.”

Baron won the Golden Pineapple Award at the 2004 Fresh Fruit Festival, the 2011 Winner in Creativity at the Nations United Awards in Toronto, Canada, the Velocity Magazine Award for Best Alternative Artist in 2008, and was given the opportunity to perform among thousands at the Annual Latex Ball in NYC. In 2009, Baron won Best Album, Best Music Video, and Best Song for the OutHipHop viewer’s choice awards, and was nominated for its Best Hip-Hop Song award.

Baron won the OutMusic Award for his collaboration with artist Infinite on the song “Why You Hate” the following year. He also performed at New York City’s Irving Plaza and the Nokia Theater with his OutMusic alum, and in 2009, became a featured artist for the OutMusic Freedom of Expression campaign created to foster support to the many LGBTQ musical artists. In 2012, he was nominated by the RightOutTV Music & Video Awards for Best Electronic/Dance/Hip Hop/R&B Song, and also was recognized by the OutMusic Awards for Best Alternative Song, “The Remedy.”

In 2010, Baron took a much-needed rest from the spotlight and traveled the world, returning home only to perform once again at the OutMusic Awards. His experiences in Mexico and Amsterdam cultivated the foundation for his project “RadioHeart.”  Teaming up with producer and friend Belief, Baron crafted an EP of five songs dedicated to the things that enriched his life: his music, his love, and his fans. “RadioHeart” is a strong EP, described as a “late night electro-pop/dance workout.” In 2011, he won the Creativity Award at the Nations United Awards in Toronto, Canada. To learn more about Baron and his music, visit his website.

Baron loves the freedom he has to create, and makes artistic connections that also connect with his fans. Black queer men and women are important to Baron because that is where he’s found people he considers part of his extended family. His music has always dealt with themes of growing up urban, Black, and gay, as he draws a great deal of inspiration from the community of which he is proud to be a part.

Baron describes himself as an artist and a creative. He sees his job as being a conduit for facilitating experiences, emotions, and feelings that support personal growth and passion. He admits to being inspired by the LGBTQ and the human possibility movements, and is committed to being a stand for the creative power in building an outstanding life in others. Baron has since channeled his art through coaching, creative retreats, and leadership development in NYC, Tanzania, and, next year, in Iceland.

Baron makes his home in New York City. He enjoys cooking and traveling, and, of course, taking in all the cultural, spoken word, and music attractions that the city has to offer. With his consulting and creative coaching, Baron has supported artists, LGBTQ creatives, and others in developing their “God-given power of inspiration,” and “accessing their mattering through art and exploration.”

We thank Baron for his numerous contributions to music and the creative arts, and for his unwavering support of our community.