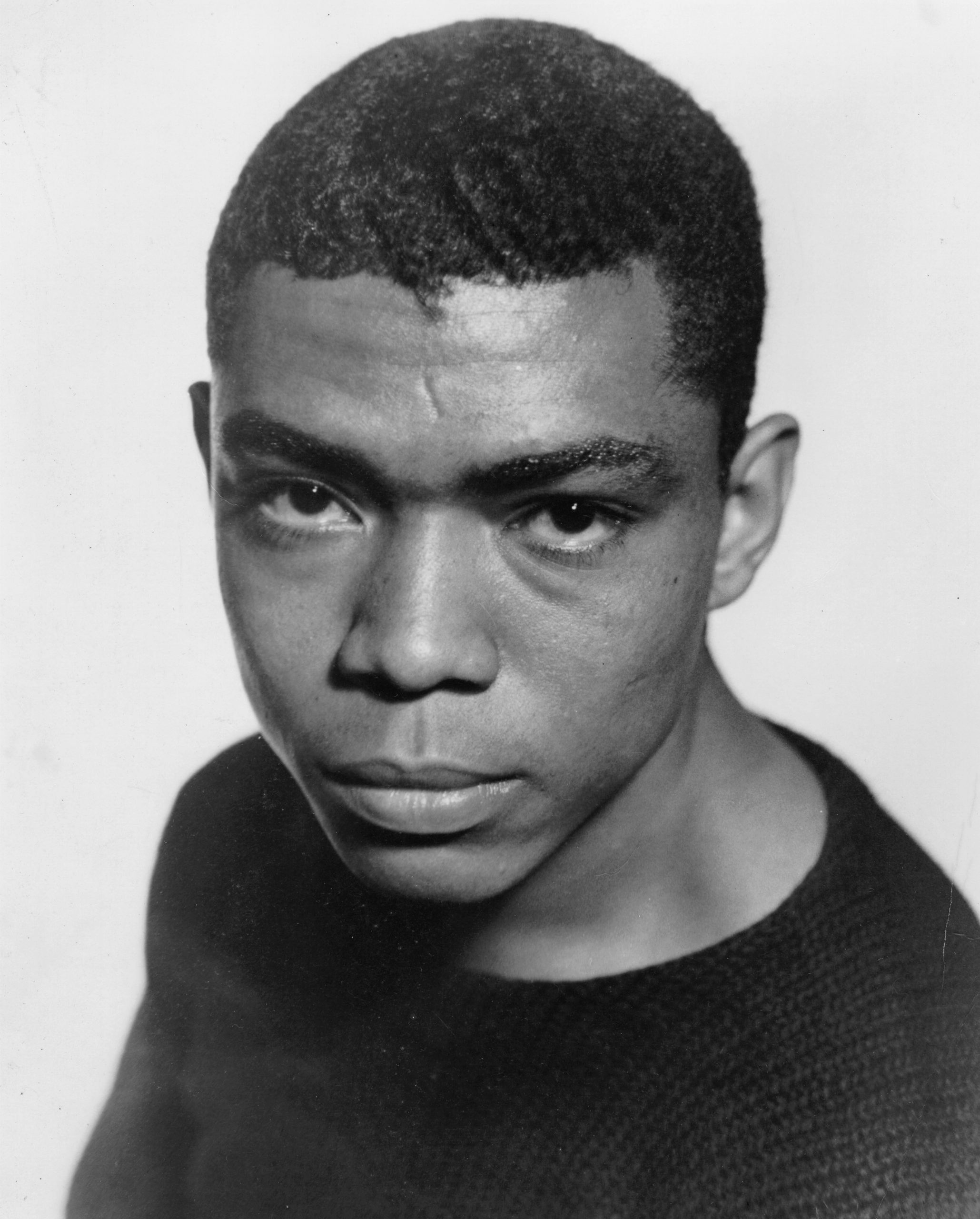 Alvin Ailey was born on January 5, 1931 (to December 1, 1989). He was a celebrated modern dancer, choreographer, and activist who founded the Alvin Ailey American Dance Theater in New York City. Ailey is credited with popularizing modern dance, and revolutionizing African American participation in 20th century concert dance.

Alvin Ailey, Jr. was the only child of Lula Elizabeth Ailey and Alvin Ailey, Sr. born in the Central Texas town of Rogers. His father abandoned the family when Ailey was only six months old. Like many African Americans living in Texas during the Great Depression, Ailey and his mother moved often, and had a hard time finding work. Ailey grew up during a time of racial segregation, violence, and lynching of African Americans. When Ailey was five, his 22-year-old mother was raped by a group of men, leaving him afraid of whites. Early experiences in the Southern Baptist church and juke joints instilled in Ailey a fierce sense of Black pride that would later figure prominently in his signature works.

In the fall of 1942, Alvin Ailey’s mother migrated to Los Angeles, California, where she heard of lucrative work supporting the war effort. Ailey, who was then 11, joined his mother later by train, having stayed behind in Texas to finish out the school year. Ailey’s first junior high school in California was in a primarily white school district. As one of the few Black students, Ailey felt out of place and fearful, so the Aileys moved to a predominantly Black school district.

Ailey matriculated at George Washington Carver Junior High School, and later attended Thomas Jefferson High School. He sang spirituals in the glee club, wrote poetry, and demonstrated a talent for languages. Ailey regularly attended shows at the Lincoln Theater and the Orpheum Theater. He discovered dance while on a junior high school field trip to see the Ballet Russe de Monte Carlo. Ailey did not become serious about dance until 1949, when his school friend Carmen De Lavallade introduced him to the Hollywood studio of Lester Horton. Horton would prove to be Ailey’s major influence, becoming a mentor, and giving him both a technique and a foundation with which to grow artistically.

Horton’s school taught a wide range of dance styles and techniques, including classical ballet, jazz, and Native American dance. It was also one of the first multi-racial dance schools in the United States. Ailey was, at first, ambivalent about becoming a professional dancer. He had studied Romance languages at various universities in California, but was restless academically, and took courses in the early writings of James Baldwin, the poetry of Langston Hughes, and the novels of Carson McCullers. Ailey moved to San Francisco to continue his studies in 1951. There, he met Marguerite Johnson, who later changed her name to Maya Angelou. They occasionally performed a nightclub act called “Al and Rita.” Ailey earned a living waiting tables and dancing at the New Orleans Champagne Supper Club. Eventually, he returned to study dance with Horton in Southern California.

At the age of 22, Alvin Ailey began full-time study at Horton’s school. He joined Horton’s company in 1953, making his debut in “Revue Le Bal Caribe.” Ailey kept his life as a dancer a secret from his mother for the first two years. It was also during this period that Ailey performed in several Hollywood films. Like all of Horton’s students, Ailey studied other art forms, including painting, acting, music, set design, and costuming, as well as ballet and other forms of modern and ethnic dance.

When Horton died in November 1953, the tragedy left the company without an artistic director. The company had outstanding contracts that required and desired new works. When no one else stepped forward, Ailey assumed the role of artistic director. Despite his youth and lack of experience (Ailey was only 22 and had choreographed only one dance in a workshop) he began choreographing, directing scene and costume designs, and running rehearsals; he also directed one of the shows for the company. Ailey designed his first piece in memory of Horton. It was arranged to showcase James Truitte’s physical strength, and Carmen de Lavallade’s beauty and dramatic abilities.

In 1954, Alvin Ailey and De Lavallade were invited to New York to dance in the Broadway show “House of Flowers” by Truman Capote, starring Pearl Bailey and Diahann Carroll. Staying in New York after the play closed, Ailey studied ballet, modern dance, and acting. He also appeared in “Sing, Man, Sing” in 1956, starring Harry Belafonte, and in “Jamaica” in 1957 with Lena Horne and Ricardo Montalbán. The New York modern dance scene in the fifties was not to Ailey’s taste. He observed the classes of modern dance contemporaries such as Martha Graham, Doris Humphrey, and José Limón. He felt Graham’s dancing “finicky and strange,” and disliked the techniques of both Humphrey and Limón. Ailey expressed disappointment at not seeing a technique similar to Horton’s. Not finding a mentor, he began creating works of his own.

Ailey formed his own group, the Alvin Ailey American Dance Theater, in 1958. The group presented its inaugural concert on March 30, 1958. Notable early work included “Blues Suite,” a piece deriving from blues songs. Ailey’s choreography was a dynamic and vibrant mix growing out of his previous training in ballet, modern dance, jazz, and African dance techniques. Ailey insisted upon a complete theatrical experience, including costumes, lighting, and makeup. A work of intense emotional appeal expressing the pain and anger of African Americans, “Blues Suite” was an instant success and defined Ailey’s style.

For his signature work, “Revelations,” Ailey drew upon his “blood memories” of Texas, the blues, spirituals, and gospel music. These forces resulted in the creation of his most popular and critically acclaimed work. Ailey originally intended the dance to be the second part of a larger, evening-length survey of African American music which he began with “Blues Suite.”

In 1962, the U.S. State Department sponsored the Alvin Ailey Dance Company’s first overseas tour. Ailey was suspicious of his government benefactors’ motives. He suspected they were propagandistic, seeking to advertise a false tolerance by showcasing a modern Negro dance group for public relations advantages.

In 1970, Alvin Ailey was honored by a commission to create “The River” for the American Ballet Theatre (ABT). Ailey viewed “The River,” which he based on the music of composer Duke Ellington, as a chance to work with some of the finest ballet dancers in the world, particularly with the great dramatic ballerina Sallie Wilson. ABT, however, insisted that the leading male role be danced by their only Black male dancer, despite misgivings by Ailey and others about the dancer’s talent.

“Cry” in 1971, was one of Ailey’s greatest successes. He dedicated it to his mother and Black women everywhere. It became a signature piece for Judith Jamison.

Although Alvin Ailey created 79 works for his dancers, he maintained that his company was not merely a showcase for his own creations. Today, the company continues Ailey’s vision by performing important works from the past, and commissioning new additions to the repertoire. In all, they have performed for more than 20 million people around the world. Ailey continued to create work for his own company, and choreographed for other companies as well.

Ailey was proud that his company was multi-racial. While he wanted to give opportunities to Black dancers, who were frequently excluded from performances by racist attitudes at the time, he also wanted to rise above issues of race. He racially integrated his formerly all-Black dance company in 1963 after encountering criticism from white patrons. He promised then that his company would employ artists based solely on artistic talent and integrity, regardless of their race.

Alvin Ailey choreographed for several companies in addition to his own, including the American Ballet Theatre, Paris Opera Ballet, and Joffrey Ballet. The company’s honors include the Dance Magazine Award in 1975; The Capezio Award in 1979; the Samuel H. Scripps American Dance Festival Award in1987; and the Kennedy Center Honors in 1988. Alvin Ailey received honorary doctorates from Princeton University, Bard College, and Adelphi University. In 1979, he was awarded the coveted Spingarn Medal of the NAACP.

Although Ailey gave numerous interviews throughout his career, he was decidedly private about his personal life. He described himself as “a bachelor and a loner” to writer John Gruen, and hardly ever allowed outsiders into his most private thoughts. For a time during the 1950s, Ailey was said by some to have been romantically linked with political activist David McReynolds, a pacifist who, in both 1980 and 2000, became the first openly gay man to run for President of the United States.

In 1980, Alvin Ailey was briefly hospitalized for stress-related conditions. He died on December 1, 1989 at the age of 58. To spare his mother the social stigma of his death from AIDS, he asked his doctor to announce that he had died of terminal blood dyscrasia. His death followed a long, solitary struggle that had taken him out of the limelight for some time. Before his untimely death, he selected Judith Jamison to succeed him as artistic director.

The Alvin Ailey Dance Theater at 405 West 55th Street at Ninth Avenue was constructed in 2004 by Tishman Realty and Construction Corporation of New York, Manhattan’s largest builder. The Alvin Ailey School is now affiliated with the nearby Fordham College at Lincoln Center, part of Fordham University, and they now offer a Bachelor of Fine Arts (BFA) degree program. In 2014, President Barack Obama selected Ailey to be a posthumous recipient of the Presidential Medal of Freedom.

Alvin Ailey’s legacy to the dance world was to foster a freedom of unprecedented choice ranging from ballet, to modern, and cultural and social dance performance to best express humanity in movement. Although Ailey did not openly live his life as a same gender loving man, he worked quietly against homophobia and more openly against the many faces of racism.

We remember Alvin Ailey, and thank him for his legacy, his immense impact in the arts and culture of our world, and for his many contributions to our community.