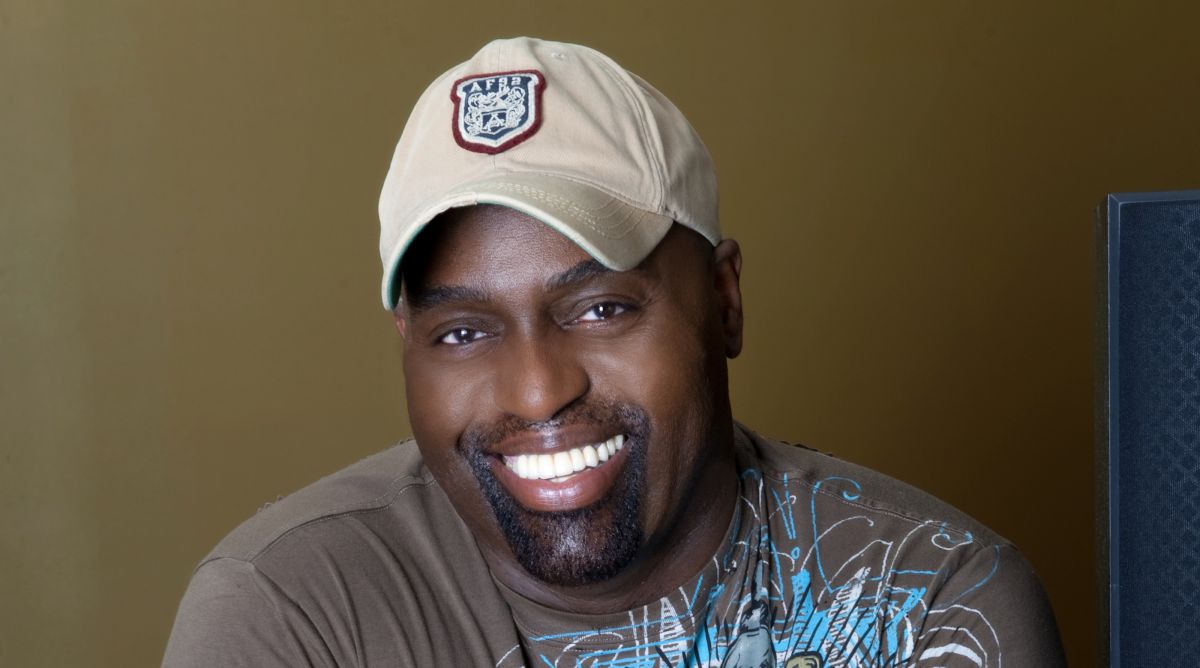 Frankie Knuckles was born on January 18, 1955 (to March 31, 2014). He was a beloved DJ, record producer, and innovative re-mixer who played an important role in developing and popularizing house music in the 1980s and 1990s. Widely considered The Godfather of House Music, Knuckles won the Grammy Award for Remixer of the Year, Non-Classical in 1997, and was inducted into the Dance Music Hall of Fame in 2005.

Francis Warren Knuckles, Jr. was born in the New York City borough of the Bronx. He went on to study textile design at the State University of New York’s Fashion Institute of Technology. While still a student, Knuckles began working as a DJ, playing soul, disco, and R&B at two of the most important early discos, The Continental Baths and The Gallery, where he worked with childhood friend and fellow DJ, Larry Levan.

As others have pointed out, nobody can agree on who invented the blues or birthed rock & roll, but there is little debate that house music was created by Frankie Knuckles. One of the eighties and nineties’ most prolific house music producers and remixers, Knuckles is, hands down, one of the most important and groundbreaking DJs of all time.

In the late 1970s, Knuckles moved from New York City to Chicago, where Robert Williams, an old friend, was launching what became known as the Warehouse. When the club opened in 1977, Knuckles was invited to play on a regular basis, which enabled him to hone his skills and style. The style evolved into a mixture of disco classics, unusual indie-label soul, the occasional rock track, European synth-disco, and all manner of rarities, which would all eventually become blended under Frankie Knuckles’ skillful remixing into house music, deriving its name from a shortened version of the Warehouse.

Knuckles was so popular that the Warehouse—where he led the dancefloor from 1977 to 1982—had to cancel their members only policy, and began welcoming a straighter and whiter audience. Knuckles continued at the Warehouse until November of 1982, when he started his own club in Chicago, The Power Plant. Knuckles’ sets typically featured his own extended edits of a wide selection of tracks from disco to post-punk, R&B to synth-heavy Eurodisco, and what he created every night laid the groundwork for electronic dance music and culture, and mapped its future.

Frankie Knuckles bought his first drum machine to enhance his mixes from Derrick May, a young DJ who regularly made the trip from Detroit to see Knuckles at the Warehouse, and Ron Hardy at the Music Box, both men of Chicago. The combination of bare, insistent drum machine pulses and an overlay of cult disco classics defined the sound of early Chicago house music, a sound which many local producers began to mimic in the studios by 1985. That same year, Knuckles produced his first recordings with music partner and Chicago artist Jamie Principle, and helped put “Your Love” and “Baby Wants to Ride” out on vinyl after the tunes had been regulars on his reel-to-reel player at the Warehouse for a year.

When the Power Plant closed in 1987, Knuckles played for four months at Delirium in the United Kingdom. Chicago house artists were in high demand and having major success with this new genre of music. Knuckles also had a stint in New York, where he continued to immerse himself in producing, remixing, and recording. The following year saw the release of the Pet Shop Boys’ third album, “Introspective,” which featured Knuckles as a co-producer of the song “I Want a Dog.”

Frankie Knuckles made numerous popular Def Classic Mixes with John Poppo as sound engineer, and partnered with David Morales on Def Mix Productions. His debut album, “Beyond the Mix” in 1991, contained his seminal work, “The Whistle Song,” which was the first of four number one hits on the US dance chart. The Def Classic mix of Lisa Stansfield’s “Change,” released in the same year, also featured the whistle-like motif. Another track from the album, “Rain Falls,” featured vocals from Lisa Michaelis. Eight thousand copies of the album had sold by 2004. Other key remixes from this time include his rework of the Electribe 101 anthem “Talking With Myself,” and Alison Limerick’s “Where Love Lives.”

When Junior Vasquez took a sabbatical from The Sound Factory in Manhattan, Knuckles took over, and launched a successful run as resident DJ. Knuckles continued to work as a remixer through the 1990s and into the next decade, reworking tracks from Michael Jackson, Luther Vandross, Diana Ross, Eternal, and Toni Braxton. He released several new singles, including “Keep on Movin’” and a re-issue of an earlier hit “Bac N Da Day” with Definity Records. In 1995, Knuckles released his second album, “Welcome to the Real World.” By 2004, more than 13,000 copies had been sold.

Knuckles played as resident DJ at Genesis in Osaka, Japan for one year. In 2004, he released a 13-track album of original material—his first in over a decade—titled “A New Reality.” In October 2004, “Your Love” appeared in the videogame “Grand Theft Auto: San Andreas.”

In 2004, the city of Chicago—which became notorious in the dance community around the world for passing the so-called “anti-rave ordinance” in 2000 that made property owners, promoters and deejays subject to $10,000 fines for being involved in an unlicensed dance party—named Jefferson Street between Jackson Boulevard and Madison Street as Frankie Knuckles Way. The stretch that was once home to the Warehouse was renamed when the city declared August 25, 2004 as Frankie Knuckles Day; the Illinois state senator who helped make it happen was Barack Obama. The next year, Knuckles was enshrined in the Dance Music Hall of Fame for his achievements.

With a million-dollar smile and striking good looks, Frankie Knuckles would have grabbed your attention even if he didn’t have lots of talent. He was a big man with an even larger presence, and when he walked into a room, he had a way of owning the space, without doing or saying anything. Hollywood took notice and he was featured in the documentary films “Maestro” in 2003, written and directed by Josell Ramos; “The UnUsual Suspects: Once Upon a Time in House Music” in 2005, directed by Chip E.; and “Continental,” a 2013 documentary about New York’s historic Continental Baths.

Openly and proudly gay, Frankie Knuckles eagerly supported a wide array of LGBTQ charities and HIV/AIDS programs. He was never shy about proclaiming his love for the Black, gay community that propelled his career into legendary status. In 1996, he was inducted into the Chicago Gay and Lesbian Hall of Fame.

Knuckles continued a grueling schedule of club dates throughout Europe and Japan. He was the featured DJ at London’s Ministry of Sound, before flying home to Chicago to rest. Two days later, on March 31, 2014, he suddenly and tragically passed away from Type II diabetes-related complications at the age of 59.

The music world went into shock, and tributes to the musical genius poured in from around the world. Elton John announced a special fund honoring the late Chicago house music artist that would support HIV research in Black communities. The newly-christened Frankie Knuckles Fund would receive donations targeting Black communities in both England and the United States to support HIV information, testing, and treatment, and operate under the larger Elton John AIDS Foundation (EJAF), one of the largest private foundations fighting AIDS in the world.

In April 2015, a year after he passed away, Knuckles was honored by Defected Records with a retrospective compilation, “House Masters Frankie Knuckles,” the tracklist for which had been selected by Knuckles before his death. Also, the same month, as a tribute to Knuckles, a version of his song “Baby Wants to Ride” was released by Underworld and Heller & Farley to mark the one year anniversary of his passing. It went straight to number one on the UK’s first ever official Vinyl Singles Chart. All proceeds go to the Frankie Knuckles Trust/Elton John AIDS Foundation.

We remember Frankie Knuckles for his profound impact on the music of our lives, for his love and unfailing support, and for his many contributions to our community.