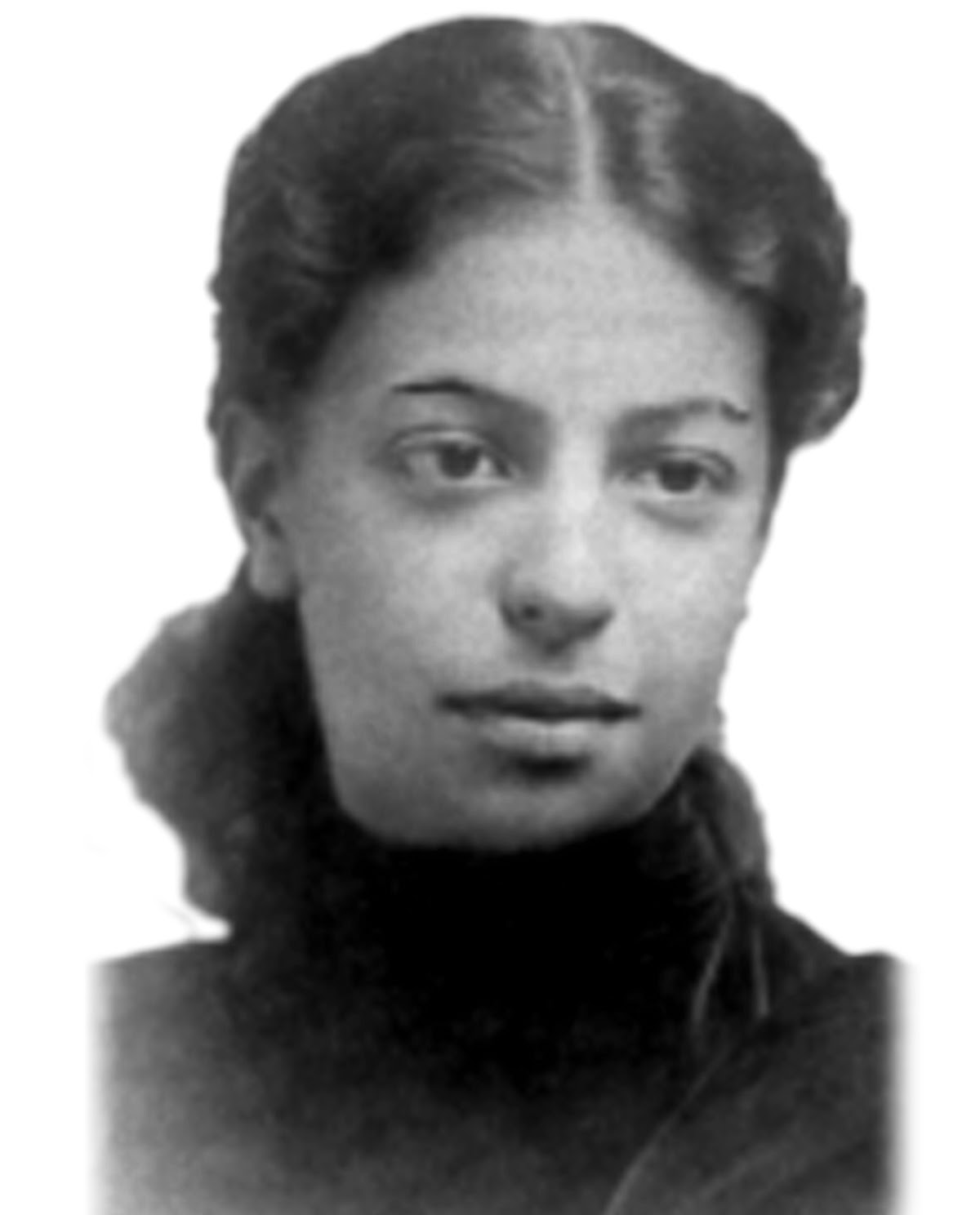 Angelina Weld Grimké was born on February 27, 1880 (to June 10, 1958). She was a celebrated poet, playwright, essayist, short fiction author, journalist, and teacher who was an important figure of the Harlem Renaissance, and one of the first African American women to see her play performed to audiences.

Angelina Weld Grimké was born into an unusual and distinguished biracial family in Boston, Massachusetts. Her mother, Sarah Stanley, was from a Midwestern middle-class family, about whom little information is known. Her father, Archibald Grimké, was a prominent attorney. The son of a white man and a Black slave, he was the second Black person to graduate from Harvard Law School, and was appointed to serve as consul to the Dominican Republic from 1894 to 1898. He also served as vice-president of the NAACP, after helping to found it in 1909. Grimké’s parents named her after her great aunt Angelina Grimké Weld, a famous white abolitionist and women’s rights advocate.

When Archibald Grimké and Sarah Stanley married, they faced strong opposition from her family, due to concerns over race. The marriage did not last very long. Not long after Angelina’s birth, Sarah left Archibald, and returned with the infant to the Midwest. After Sarah began a career of her own, she sent Angelina, then seven, back to Massachusetts to live with her father, and it appears that she may have been confined to a mental institution during some of that time. Angelina Grimké would have little to no contact with her mother after that. Sarah Stanley Grimké committed suicide several years later.

Angelina’s paternal grandfather was Henry Grimké, of a large and wealthy slaveholding family based in Charleston, South Carolina. Her paternal grandmother was Nancy Weston, an enslaved woman of mixed race, with whom Henry became involved as a widower. They lived together and had three sons, and Henry taught Nancy and the boys to read and write. Among Henry’s family were two sisters who had opposed slavery, and left the South before he began his relationship with Weston; Sarah and Angelina Grimké became notable abolitionists in the North.

From the ages of 14 to 18, Angelina Weld Grimké lived with her aunt and uncle in Washington, DC, and attended school there, as her father was serving as appointed consul to the Dominican Republic.  Angelina’s uncle, Francis J. Grimké, had graduated from Lincoln University in Pennsylvania, and Princeton Theological Seminary. He was a prominent Presbyterian minister in Washington, and married Charlotte Forten, who became known as an abolitionist and diarist. She was from a prominent Black abolitionist family also from Philadelphia. But once Angelina’s father returned to the United States, he and his daughter formed a close bond that would persist throughout their lives. Angelina lived most of her life with her father, to whom she was extremely attached emotionally.

As a playwright, Angelina Weld Grimké was best known for her play “Rachel,” which was one of the first plays to protest lynching and racial violence. Originally titled “Blessed Are the Barren,” the story centers on Rachel, an African American woman who rejects marriage and motherhood. Rachel believes that by refusing to reproduce, she declines to provide the white community with Black children who can be tormented with racist atrocities. A lynching is an essential and pivotal part of this play.

“Rachel” was the only piece of Grimké’s work to be published as a book; most of her stories and poems were published in journals, newspapers, and anthologies. She wrote “Rachel” for the NAACP to rally public support against the racism found in the recently released film “The Birth of a Nation.” The play was produced in 1916 in Washington, DC, performed by an all-Black cast, and published in 1920, but received little attention after its initial productions. In the years since, however, its significance has been recognized as a precursor to the Harlem Renaissance, and one of the first examples of a political and cultural trend to explore the African roots of African Americans.

Grimké wrote essays, short stories, and poems which were published in “The Crisis,” the newspaper of the NAACP edited by W.E.B. Du Bois, and “Opportunity.” They were also collected in anthologies of the Harlem Renaissance: “The New Negro,” “Caroling Dusk,” and “Negro Poets and Their Poems.” Her more well-known poems included “The Eyes of My Regret,” “At April,” “Trees,” and “The Closing Door.”

While living in Washington, DC, Grimké was included among the figures of the Harlem Renaissance, as her work was published in its journals, and she became connected to figures in its circle. During that time, she counted the poet Georgia Douglas Johnson as one of her friends.

In 1902, Angelina Weld Grimké began teaching English at the Armstrong Manual Training School. In 1916, she moved to a teaching position at Dunbar High School, renowned for its academic excellence, where one of her pupils was the future poet and playwright May Miller. She frequently took classes at Harvard University during the summers.

When she was sixteen, Grimké wrote to a friend, Mamie Burrile: “I know you are too young now to become my wife, but I hope, darling, that in a few years you will come to me and be my love, my wife! How my brain whirls how my pulse leaps with joy and madness when I think of these two words, ‘my wife.’” In 1903, Grimké and her father had a falling out when she told him that she was in love. Archibald Grimké responded with an ultimatum demanding that she choose between him or her lover.

Analysis by modern literary critics has provided strong evidence that Grimké was lesbian or bisexual. Some critics believe this is expressed in her published poetry in a subtle way, but more evidence came after her death with scholarly study of her diaries and more explicit unpublished works. The bulk of Grimké’s poems are about other women, and were unlikely to be published for that reason. Only about a third of her poetry has been published to date. The “Dictionary of Literary Biography: African-American Writers Before the Harlem Renaissance” states: “In several poems and in her diaries, Grimké expressed the frustration that her lesbianism created, thwarted longing is a theme in several poems.” Some of her unpublished poems are more explicitly lesbian, implying that she lived a life of suppression, “both personal and creative.”

Despite Grimké’s great passion, she kept her desires closeted throughout her life, trying to live up to her father’s idea of morality. Her writing shows the effect self-denial had upon her, revealing her sorrow over her inability to find the female companionship that she so deeply desired. After her father died in 1930, Angelina Weld Grimké left Washington, DC, for New York. She settled in Brooklyn, where she lived a reclusive life, and died in 1958.

We remember Angelina Weld Grimké in in appreciation for her important literary contributions, and her advocacy for our community.