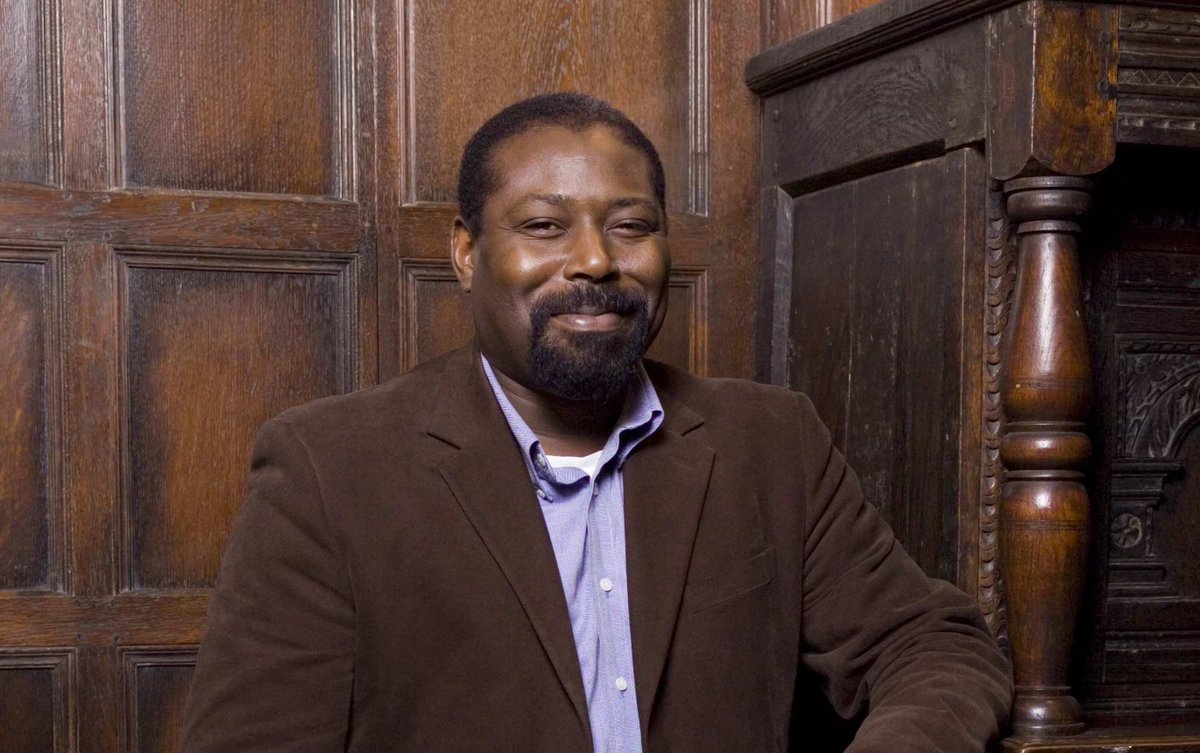 Randall Kenan was born on March 12, 1963. He is a beloved educator, novelist, short story writer, playwright, and editor.

Randall Garrett Kenan was born in the New York City borough of Brooklyn, the offspring of a young, unmarried couple with limited finances. Kenan’s parents accepted an offer from his paternal grandparents to raise him in rural North Carolina. Kenan’s great aunt took an intense interest in him, and he went off to live with her in Chinquapin, North Carolina, a town with fewer than a thousand people. The community later became the setting for the fictional Tims Creek locale, where all of Kenan’s novels are set.

Kenan is a graduate of East Duplin High School in Beaulaville, NC, and matriculated at the University of North Carolina at Chapel Hill, where he received his Bachelor of Arts degree in English and creative writing in 1985. He also studied at Oxford University during the summer of 1984. Based on an instructor’s recommendation, and with the help of novelist and editor Toni Morrison, Kenan was hired for a job on the editorial staff of Alfred A. Knopf, Inc., and began advancing in the publishing profession.

Kenan is the recipient of a Guggenheim Fellowship, a Whiting Writers Award, the 1995 Sherwood Anderson Award, the John Dos Passos Prize, and was the 1997 Rome Prize winner from the American Academy of Arts and Letters. He was awarded the North Carolina Award for Literature in 2005, and two years later, was inducted into the Fellowship of Southern Writers.

Kenan’s books have focused on what it means to be Black and gay in the southern United States. His first novel, “A Visitation of Spirits,” was published in 1989 to critical acclaim for a first novel. Kenan may be best known for his collection of stories, “Let the Dead Bury Their Dead,” which was published in 1992. Kenan was nominated for the Los Angeles Times Book Award for Fiction, named as a finalist for the National Book Critics Circle Award, and the work was among The New York Times Notable Books of 1992.

In 1994, Kenan published a biography, “James Baldwin,” which is in the “Lives of Notable Gay Men and Lesbians” series, edited by Martin Duberman. A year earlier, he had written a young adult biography of Baldwin. In addition to his longer works, Kenan has published several short stories (in periodicals and anthologies), as well as reviews, interviews, and articles on a wide range of topics. As a promising young writer who openly addresses homosexuality, his impact on African American literature is significant. While his use of the supernatural is reminiscent of Toni Morrison, an early inspiration for him, Kenan’s journeys through the rural South are uniquely his own. That uniqueness is also apparent in “A Time Not Here: The Mississippi Delta” (1996), a volume of photographs by Norman Mauskopf for which Kenan wrote the accompanying essay in 1997.

Randall Kenan’s “Walking on Water: Black American Lives at the Turn of the Twenty-First Century” is a moving and provocative account of his travels throughout the United States and Canada, and his exploration of Black culture, in the post-Civil Rights movement. Published in 1999, the book chronicles his journey from Martha’s Vineyard to Alaska and Los Angeles, and throughout the American South, exploring questions about the meaning of “blackness.”  It was nominated for the Southern Book Award, and well received by audiences for its compelling portrayals of a wide range of Black people and viewpoints.

Kenan’s homage to James Baldwin’s “The Fire This Time” was published in May 2007. In the wake of Hurricane Katrina, with a new generation of Americans confronting what Baldwin called our “racial nightmare,” Kenan asked: how far have we come? Published to mark the forty-fifth anniversary of Baldwin’s epochal work, the homage is a piercing consideration of the times, and an impassioned call to transcend them.

In 2010, Kenan edited and wrote the introduction to his powerful anthology, “The Cross of Redemption: The Uncollected Writings of James Baldwin” (Pantheon). Prophetic and bracing, “The Cross of Redemption” is a welcome and important addition to the works of a cosmopolitan and canonical American writer who still has much to teach us about race, democracy, and personal and national identity.

We thank Randall Kenan for his numerous contributions to the written word, and for his support of our community.