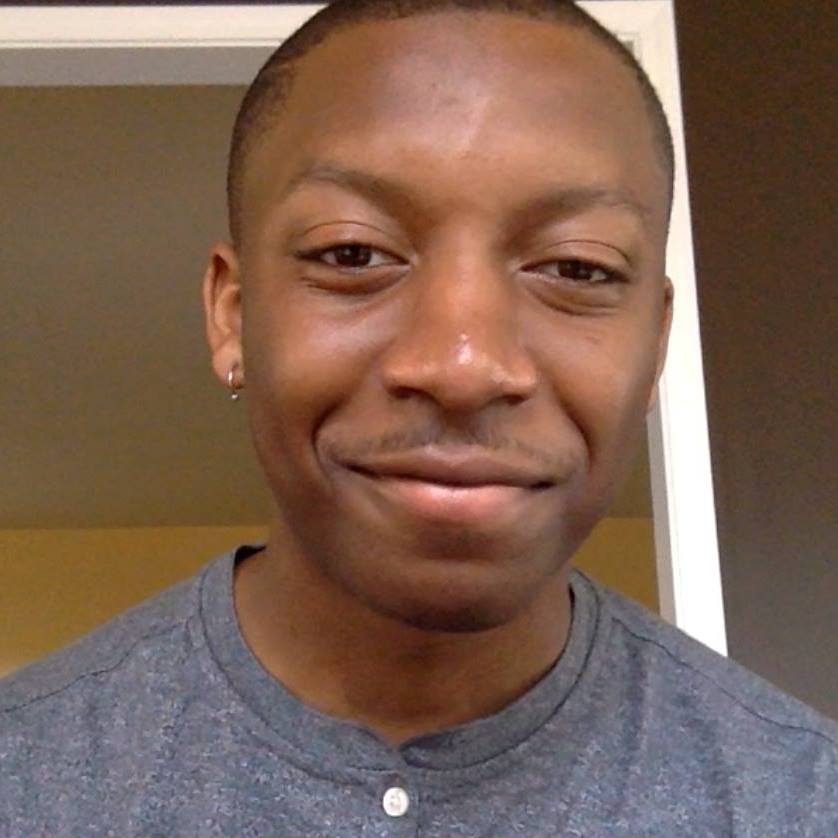 Marcus Lee was born outside of Washington, D.C. to Rodney Lee, who is a consultant, and Stephanie Lee, an information technology specialist; he has two brothers, Stephon and Antoine Fleming. Lee attended Harding University High School, where he graduated in 2011. Following high school, he enrolled at Morehouse College to study sociology, and then the University of Chicago for studies in political theory.

Marcus Lee served as president of SafeSpace, an innovative student-driven project of Morehouse’s Gender and Sexual Diversities Collective, and an intern at the Evolution Project in Atlanta. He also is a Mellon Mays Undergraduate Research Fellow, a 2014 Point Scholar, and a Predoctoral Research Fellow at Ford Foundation.

Lee says that growing up he was addicted to “passing.” “I considered it absolutely necessary to be consistently masculine-identified, and to dismiss/disregard any gay man who would ‘blow my cover.’ I was in a state of perpetual terror—I was terrified that someone would find out, terrified that I’d perform my gender the ‘wrong’ way one day. I remember my best friend telling me that I had to stop. She told me that I had to identify with other gay men because we were all of the same community. Of course, I brushed her off. But, one day in church, I remember the pastor viciously denouncing homosexuality, and me feeling both embarrassed and infuriated. From that moment, I regretted that I hadn’t identified with other gay men, and I felt so sorry for the way I participated in the abuses they suffered,” Lee told the Ubuntu Biography Project.

Lee is committed to providing safe spaces—spaces of vulnerability, truth, and love—for Black men. Being at Morehouse showed him how hypermasculinity can impact a man’s consciousness. “So often, we dehumanize women and each other So, I’m really committed to engaging Black men—of all sexual orientations—in such a way that will get us to rethink who we are and to remake ourselves, for ourselves,” said Lee.

Academically, Lee has been interested in prison abolition, social movements, HIV/AIDS, political socialization, race, gender, and sexuality. His work considers the ways in which state violence—in various forms—aims to re-socialize political dissidents, and mitigate radical change. Lee suggests that “mass incarceration and marginalization work to instill fear in activists and organizers, and to create harsh, dangerous conditions that make radical political visions seem impossible. Racially coded terms like ‘criminal,’ ‘thug,’ or ‘welfare queen’ are used to describe people who are harassed, abused, and killed, and those who care about them. In this way, inequality is normalized and disregarded.”

Marcus Lee has written extensively, and his insightful contributions can be found at the “Feminist Wire,” “Rewire News,” and in three “Huffington Post” stories on the death of Trayvon Martin, an LGBTQ course at Morehouse College, and racism in higher education.

Lee says that he loves the people he meets, especially other Black queer people who remind him that he is not alone, and that the work of community building is beautiful and necessary. He adds, “Black queer people are just cute anyways.” He remains a passionate scholar-activist for Black SGL/LGBT/Queer communities, and states that his interactions with others has made a profound difference, and given his life new purpose.

When he read Essex Hemphill’s “Loyalty,” Lee instantly thought, “Man, this guy is my hero.” The work of Essex and Audre Lorde, along with Marlon Riggs’ brilliant filmmaking, and the leadership of Bayard Rustin, opened his world to new opportunities for activism, even as he spreads his love for his beloved community to others. Lee doesn’t hesitate to add, “When I see another Black queer person, I know that I am responsible for them and intimately connected to them. In short, I just feel blessed to be a part of such a beautiful community.”

Lee has used his mind, his heart, and sometimes even his hands to make a difference where he is. As a respected student activist, his most successful accomplishment was getting Morehouse to offer its first Black Queer Studies course (taught via Skype by the highly respected Yale University Professor Jafari Allen). The course was an experiment in the possible, but Lee says that it pushed the conversation about gender and sexuality forward, and has had a positive impact on participants and the school.  In fact, the school now has an LGBTQ task force working to reexamine its policies and procedures.

After relocating from Atlanta, Lee now calls Chicago home. He enjoys going clubbing with friends and checking out new restaurants when he finds spare time.

We thank Marcus Lee for his numerous contributions to our community.