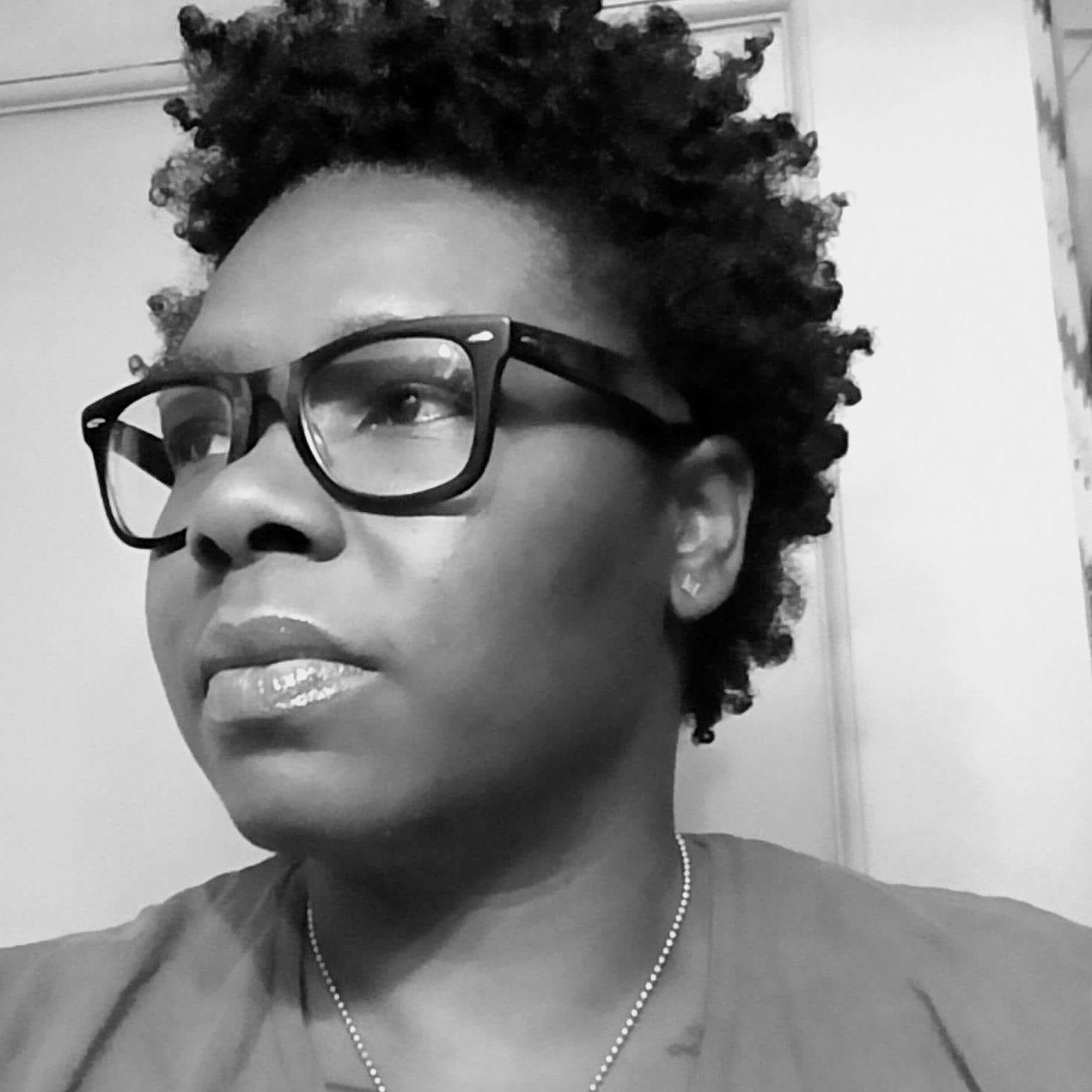 Alex Danamarie Brown-Jones was born on March 23, 1966. She is an author, playwright, director, and producer. Brown-Jones also is an advocate for basic human rights whether championing the homeless, LGBTQ, or church communities.

Alex Danamarie Brown-Jones was born Dana Marie Jones in Queens, New York. She was raised by her nana, Marie Davis, who was a devout Holiness Christian. Brown-Jones was educated in various parochial and public schools in New York before leaving school to care for her nana following a paralyzing stroke. She earned her GED in 1986, and furthered her education at Queensborough Community College and Borough of Manhattan Community College. Brown-Jones is currently enrolled in a certificate program at Ashworth College, where she is studying psychology, but considers herself to be a PhD candidate from “the school of hard knocks.”

Growing up in a home where she was only allowed to interact with peers of the same faith, Brown-Jones did not participate in extracurricular activities or make any friends. She could not wear pants or take gym. As a young same-gender loving female, growing up in a Holiness church taught her that she was not loved by God, and was doomed to go to hell. Brown-Jones was ostracized at church, and forced to sit in the back row; none of the congregants were allowed to speak to her. These experiences motivated Brown-Jones to write poetry and develop her first play.

More than thirty years would pass before Brown-Jones would rewrite, direct, and produce the play she developed at age 15. “The Lost Son” was performed before a sold-out audience in April 2014 as a fundraiser for Unity Fellowship Church NewArk. Brown-Jones also served as casting director and stage manager for her project. Currently, she is developing “The Lost Son Returns” to be performed in the Metro Atlanta area. Brown-Jones also has completed the script for the play “Alabaster,” and has her first book in a series under editorial review with a publisher. She has four other books nearing completion, as well as drafts of other projects utilizing the business name Moving Up^Word. For Brown-Jones, writing is both therapeutic and cathartic.

After a turbulent adolescence, the search for love and acceptance became vitally important to Brown-Jones as an adult. She migrated to New Jersey to put some distance between herself and her childhood. Within the African American and Caribbean LGBTQ communities, Brown-Jones created the family for which she always longed. Most of her friendships created in young adulthood have lasted more than twenty years. It is for this reason that the LGBTQ community is so important to her—it is a place of refuge where love and acceptance are freely given. It also serves as a source of pride where there may have been shame or guilt during adolescence.

As a means of giving back to the community that has given so much to her, Brown-Jones performed renovation work to help launch the LGBTQ Center in Newark, New Jersey during the summer of 2013. After its ribbon-cutting, she continued to volunteer at the center several days a week before relocating.

Upon moving to Georgia, Brown-Jones joined Victory for the World Church in Stone Mountain. She tirelessly served in the following ministries: Victory Over HIV/AIDS, Food Pantry, Media, Kitchen, and Gateway (LGBTQI). With Victory Church, Brown-Jones participated in several outreach programs involving the fight against hunger, spreading community health initiatives, and providing toiletries to youths in group homes as well as to homeless families.

As a survivor herself, Brown-Jones created the social media group LGBTQIA & Allies Against Domestic Violence and Sexual Abuse. The group spreads awareness of the incidences of physical, sexual, emotional, financial, and/or spiritual abuse in LGBTQIA, nonbinary and cisgender relationships. The group also provides support, resources and shared stories.

Brown-Jones is a participating member of Southern Fried Queer Pride, an Atlanta-based organization that is arts- and politically-based, and serves to provide an annual intersectional and radically inclusive festival, along with monthly programming.

Never one to be idle, Brown-Jones also sits on the Decatur Community Advisory Board (CAB) of Positive Impact Health Centers (PIHC). She serves as the faith liaison between the CAB and the ecclesiastical community of Metro Atlanta. Under the auspices of PIHC, Brown-Jones is developing a fundraising stage performance comprised of transgender true life experiences.

Brown-Jones self-identifies as gay, and has been married to her wife, Lisa, for nearly six years. In her search for a life mate, Brown-Jones wrote a very specific letter to God about the woman she wanted to marry. Three weeks after meeting Alex, Lisa revealed that she had also written a letter to God for the same reason. They married three months later on May 25, 2012, and are the proud parents of three adult children and two grandchildren. They also are the doting parents of a six-year-old Morkie named Zeus, a four-year-old Shorkie named Aphrodite, and a two-year-old LabPit named Athena.

Brown-Jones and her wife are free-spirited and full of love and laughter. When they are not laughing at the antics of their furry babies, they enjoy each other’s company and the company of their friends. They love to entertain in their home, however, they do not entertain drama, gossip, or foolishness—they ask their guests to leave that outside when entering their home. If some nonsense does enter their home, Brown-Jones politely asks it to leave and then burns sage to remove the negative energy. Brown says “positivity and optimism” are her strong suits.

Brown-Jones is inspired by the knowledge that God’s love is for everyone. It took decades for her to understand that concept, and she is very passionate about sharing that good news with the LGBTQI community and her community-at-large. Most of her written works are based on that premise.

For more information about Brown-Jones’s ongoing projects, she can be reached on Facebook, or at alex.brownjones758@gmail.com.

We thank Alex Danamarie Brown-Jones for her contributions to the arts, and her unwavering support of our community.