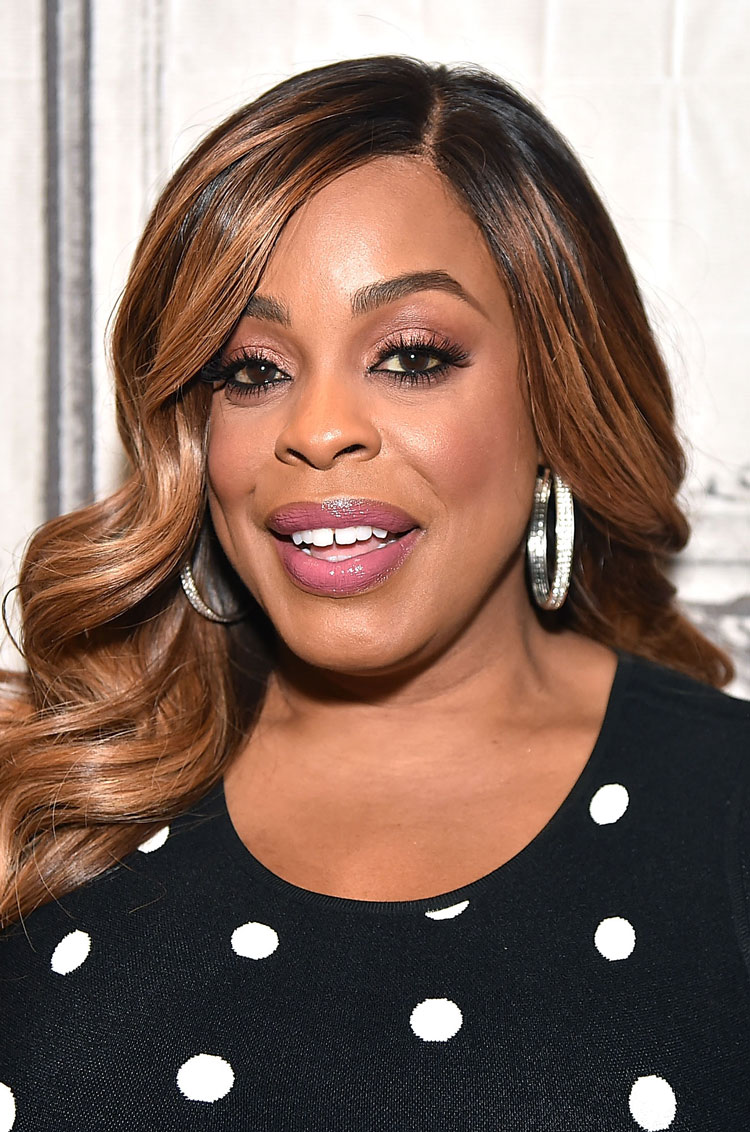 “Those are the magic three words. I didn’t care what the obstacle was in my life. I knew what I wanted to do, and I was going to make that happen no matter what.”

Niecy Nash, née Carol Denise Ensley, was born on February 23, 1970, in Palmdale, California to Margaret Ensley. She spent her childhood in St. Louis, Missouri and southern California near Los Angeles.

Nash knew early that she wanted to perform. At age 5 a special by Lola Falana  inspired her to tell her grandmother she wanted to “Be on TV and be black and fabulous.” Nash’s early life was also marked by two sobering events. At the age of 15, Nash witnessed her mother being shot by a boyfriend, who then set the house on fire with Nash inside of it. Mother and daughter survived the ordeal and became closer, but there was yet more tragedy to come. In 1993, Nash’s brother Michael was shot and killed at school. In the wake of that horrific incident, Margaret founded M.A.V.I.S (Mothers Against Violence in Schools), an organization dedicated to informing the public about the violence children can encounter in schools. Nash, whose efforts to help her mother cope revealed a talent for comedy, is a spokesperson for the organization.

Putting her Bachelor of Arts in Drama from California State University at Dominguez Hill to good use, Nash made her professional acting debut in 1995 in the film Boys on the Side. Since then Nash has appeared in numerous popular TV shows and films. She hosted Clean House, a reality show on the Style Network from 2003 to 2010 and won a Daytime Emmy in 2010 for it. Her other acting credits include Deputy Raineesha Williams and T.T on comedy show Reno 911!, the lead role in Claws, and Flo Kennedy in Mrs. America.

Nash has earned many distinctions. She was nominated for an Emmy for Outstanding Supporting Actress in a Comedy Series 2015 and 2016 for her work in the series Getting On. Nash received a star on the Hollywood Walk of Fame for television in 2018, something she’d told Ed Asner she would do when she was just 8 years old (maybe 9), she says. Asner attended her star ceremony all those years later.

In 2019, Nash was nominated for a Primetime Emmy for Outstanding Lead Actress in a Limited Series or Movie for her role as Deloris Wise in When They See Us, a miniseries created by Ava DuVernary based on the true story of the Central Park 5. Nash has recently been cast in an upcoming ABC limited series called Women of the Movement, where she will play Alma Carthan, Emmett Till’s grandmother.

Nash has three children, Dominic, Donielle, and Dia, who she shares with her first husband Don Nash. They were married from 1994-2007. She married Jay Tucker in 2011 and announced their divorce in 2019, which was finalized in March of 2020. Shortly thereafter, Nash married singer Jessica Betts on August 29, 2020 in a small ceremony in front of close friends and family. The two first met and became friends over social media in 2015. She pushed back on the idea that she was coming out when she shared her marriage to Betts saying “I don’t feel like my marriage is my coming out of anywhere, but rather, going into myself and being honest about who I love. And I’m not limiting myself on what that love is supposed to look like.”

We offer this biography with gratitude and admiration for Niecy Nash’s unapologetic and pioneering contributions to film, television, and building a safer world.