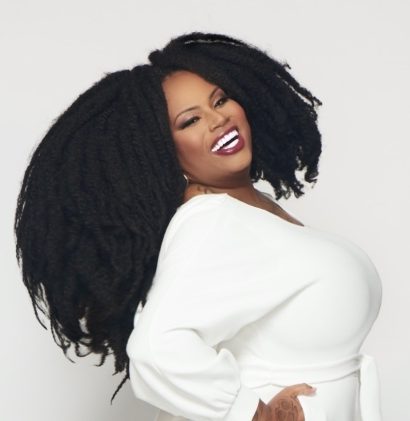 “I think that what many of us don’t realize in the middle of our survival is that we don’t have to do it alone. You aren’t broken. You are enough. You are valid. You are worthy. And your people are out there, and when you need [us], we are here.”

Ashlee Marie Preston was born on June 7th, 1984 in Louisville, Kentucky. At the age of 19, she moved to Los Angeles, California. Anti-transgender discrimination made it difficult to find work, so like many, Preston took on survival sex work to make ends meet. In an interview, she talked about wanting to call her mother and return to Kentucky, but being scared she would be rejected. “I knew that I wasn’t a mistake,” she said, “but I didn’t know how to get other people to recognize the validity of my identity, so I did what I had to do.” Drugs made it easier for Preston to “navigate [the] emotions, …risks, and realities associated with survival sex work” for a time, but it was too violent and traumatic of a life.

Overwhelmed, Preston attempted to overdose on medication. A friend called 9-1-1, and Preston later woke up in a hospital seclusion unit. It was then that she began to rethink her path. She asked herself, “If your trans identity were not a barrier to progress, what would you be doing?” and realized that she would be helping others—sharing her knowledge and her love. Preston decided to focus on supporting her community, initially volunteering and eventually accepting leadership roles, including becoming Secretary, Chair of Communications, and an Executive Committee member of the Transgender Service Provider Network of Los Angeles; a board member of the Trans Chorus of Los Angeles, TransCanWork LLC, Mirror Memoirs, and of the Imperial Court of Hollywood/Los Angeles; Chair for both Communications and Media Sponsorship for LA Pride; Chair of Special Events and Vice-Chair on Trans Issues with the Stonewall Democratic Club; Dinner Gala Table-Captain Co-Chair and Community Outreach member for the Human Rights Campaign; Lead Advisor for the Gender Odyssey Los Angeles Conference.

Preston has used her platform to speak out in support of Black and LGBTQ+ communities. In 2017, Preston made history by becoming the country’s first trans woman editor-in-chief of a national publication after she was tapped to lead Wear Your Voice magazine. Later, an exchange in which she openly criticized Caitlyn Jenner for supporting President Donald Trump went viral. That year she was named one of The Root 100’s Most Influential African Americans, one of PopSugar’s 40 Most Influential LGBTQ People, and was profiled as one of LOGO/NewNowNext’s 30 Most Influential LGBTQ influencers, an honor bestowed again in 2018, along with being listed on OUT Magazine’s OUT100 and among Coca-Cola’s Next Generation LGBTQ Leadership.

She held her position as editor-in-chief of Wear Your Voice until early 2018, then ran for California State Assembly District 54 later that year, becoming the first openly trans person to run for state office in California. While she ultimately withdrew her candidacy, her effort remains historical.

Preston has been an open advocate for the #ThriveOver35 movement, calling attention to life expectancy for Black trans women in America. In 2018, Preston offered a TEDx talk on allyship and intersectionality. She has also written for several outlets including BuzzFeed, Harper’s Bazaar, Vice, and Teen Vogue.

Currently, Preston is the host and executive producer of “Shook With Ashlee Marie Preston,” a podcast focused on culture and social justice. She also leads #YouAreEssential, a social impact campaign and national relief fund that supports underresourced communities affected by the COVID-19 pandemic, including sex workers, the elderly, people with disabilities, LGBTQ+ people within essential worker occupations, and others who don’t have access to traditional fundraising sources.

We offer this biography in appreciation of Ashlee Marie Preston’s leadership, advocacy, and love for our communities.

7 Quotes in this biography are from https://www.teenvogue.com/story/ashlee-marie-preston-q-a