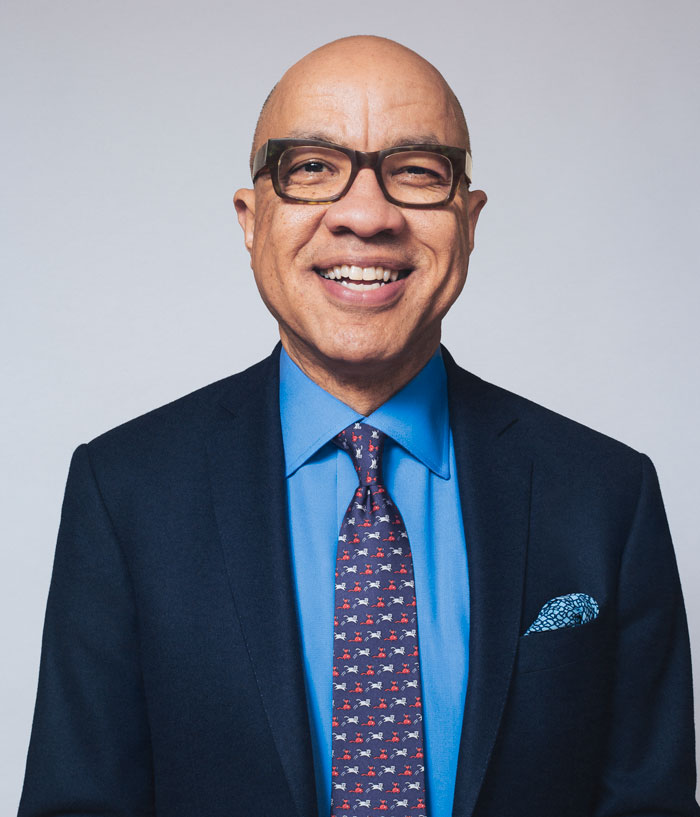 (b. 1959)
Darren Walker was born on August 28, 1959, in Lafayette, Louisiana. He was raised by a single mother in Ames and Baytown, Texas, where he attended public high school and was a member of the first Head Start class. He went on to attend the University of Texas at Austin, where he graduated with a Bachelor’s of Arts in government and a Bachelor’s of Science in speech communication. In 1986, he graduated with a Juris Doctor from the University of Texas School of Law.

After college, Walker worked at the international law firm Cleary Gottlieb Steen & Hamilton, before working at the Union Bank of Switzerland in the capital market’s division. He then served as the Chief Operating Officer at Abyssinian Development Corporation. From 2001-2010, Walker worked at The Rockefeller Foundation, first as the Director for the U.S. Program and then as the Vice President for Foundation Initiatives. While at the Rockefeller Foundation, he led their recovery program in New Orleans after Hurricane Katrina. Walker was also the chair of the philanthropy committee that brought a resolution to Detroit’s historic bankruptcy.

Walker is a member of the Reimagining New York Commission. He has co-founded the U.S. Impact Investing Alliance and the Presidents’ Council on Disability Inclusion in Philanthropy, and is a founding member of the Board Diversity Action Alliance.

Walker has been the recipient of several honors and awards throughout his career including: Harvard University’s W.E.B. Du Bois Medal, Time’s 100 Most Influential People in 2016, Ebony’s Power 100, Rolling Stone’s 25 People Shaping the Future in 2017, and Wall Street Journal’s 2020 Philanthropy Innovator. He serves on the boards of the Lincoln Center for the Performing Arts, Carnegie Hall, and the Smithsonian National Museum of African American History and Culture. He has made commencement speeches at many universities, including his alma mater. Walker received an honorary Doctor of Humane Letters degree from Amherst College in 2019.

Walker is open about his sexuality as a gay/same gender loving man. David Beitzel, his partner of 26 years, passed away in January 2019. Walker currently lives in New York, New York.