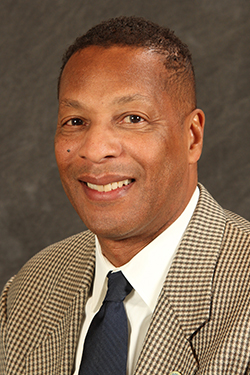 John David Smith is the Mayor of Winchester, Virginia. In 2016, Smith was elected as the first openly gay Mayor in Winchester history. Mayor Smith subsequently won his 2020 re-election race by 5 percentage points.

Smith is owner and partner of Water Street Kitchen and Village Square Restaurant & V2 Bar, both on the Loudoun Street Mall. Mr. Smith has been involved in the community since investing in Old Town Winchester in 2003 serving on the Planning Commission from 2010-2016 and the Old Town Development Board (OTDB) from 2004-2010. Mr. Smith was chairman of the OTDB from 2008-2010. He also served as a member of the Winchester Parking Authority from 2007-2008. Mr. Smith graduated from Charleston High School in Charleston, WV and attended Marshall University in Huntington, WV and the University of the District of Columbia.

Winchester is an independent city located in the northern portion of the Commonwealth of Virginia, United States. It is the county seat of Frederick County, although the two are separate jurisdictions. The Bureau of Economic Analysis combines the city of Winchester with surrounding Frederick County for statistical purposes. As of the 2010 census, the city’s population was 26,203. As of 2019, its population is an estimated 28,078. Winchester is 81% White and 11% Black.