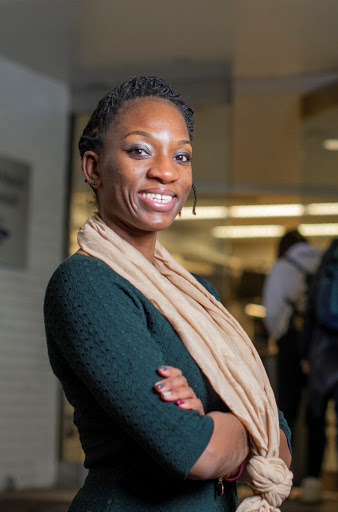 Sen. Marie Pinkney represents the 13th District of Delaware, which stretches from the Christiana River south to Red Lion Road and encompasses dozens of neighborhoods along Route 13.

After graduate school, she began working at a treatment center for adolescents with mental health and substance abuse issues. She also became the foster mother to a teen mother and her young son for many years.

Sen. Pinkney currently works as a trauma social worker/case manager in ChristinaCare’s Surgical Intensive Care Unit, where she provides advocacy, discharge planning services and emotional support for patients and families. She has dedicated her career to advocating alongside families seeking quality healthcare, access to resources, educational support, and government policies that support them.

Sen. Pinkney became the first African American LGBTQ+ person ever elected to the Delaware Senate in 2020. She is dedicated to fighting the negative impacts of racial and socioeconomic inequalities, as well as the stigmas and hurdles faced by formerly justice-involved individuals and those with limited educational backgrounds.

She lives in Bear with her 3-year-old German Shepherd Gandhi and her 12-year-old cat Lilly.