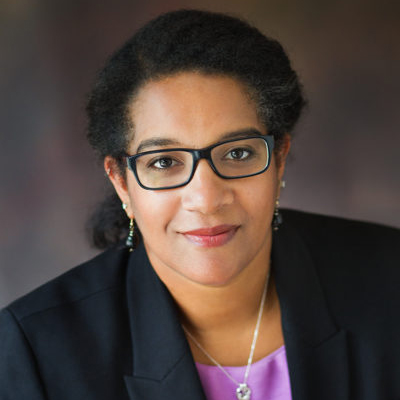 Nicole Bolden, the Bloomington City Clerk, has been actively involved in the Bloomington community for over 20 years. She currently serves on the Board of Directors of Community Kitchen, the Community Advisory Board for WTIU, and is a member of the local Elks Lodge. She is the co-founder of the Monroe County Black Democratic Caucus, serves on the board of the Indiana Stonewall Democrats, and was a charter member of the 10/100 committee. In 2019, Nicole was excited to become a graduate member of the Hoosier Women Forward Inaugural class.

In 2015, Nicole became the first African American woman elected to the city-wide office and the only LGBTQ woman of color to hold an elected office in Indiana.

Nicole is the proud mother of two daughters, Taegan and Zora. Her mother, Valeri Haughton-Motley, is a Judge in Monroe County, and her father, Frank Motley, is a retired Dean from the Maurer School of Law. Nicole has four siblings and 30 nieces and nephews.

Bolden comes from a lineage of women with a legacy of firsts. Her grandmother was the first Black nurse to work in the University of Iowa Hospitals. Her mother, Valeri Haughton, was the first Black woman to be directly elected to the Monroe County judiciary.

Born and raised in Iowa City, Bolden followed her mother to Bloomington shortly after graduating high school. Here, she attended Indiana University, where she met her ex-partner and father of her two daughters, Taegan and Zora, who are grown. After she completed law school in 2008, Bolden was asked to take a position as a hearing officer in the office of the city clerk, which “turned out to be the best thing that could have ever happened in my life,” she says. “I began to see how just working in one little space could have a really wide impact on the town.” She worked as a deputy city clerk for five years before running for clerk.

Bloomington is a city in and the county seat of Monroe County in the central region of the U.S. state of Indiana. It is the seventh-largest city in Indiana and the fourth-largest outside the Indianapolis metropolitan area. According to the Monroe County History Center, Bloomington is known as the “Gateway to Scenic Southern Indiana.” The city was established in 1818 by a group of settlers from Kentucky, Tennessee, the Carolinas, and Virginia who were so impressed with “a haven of blooms” that they called it Bloomington.