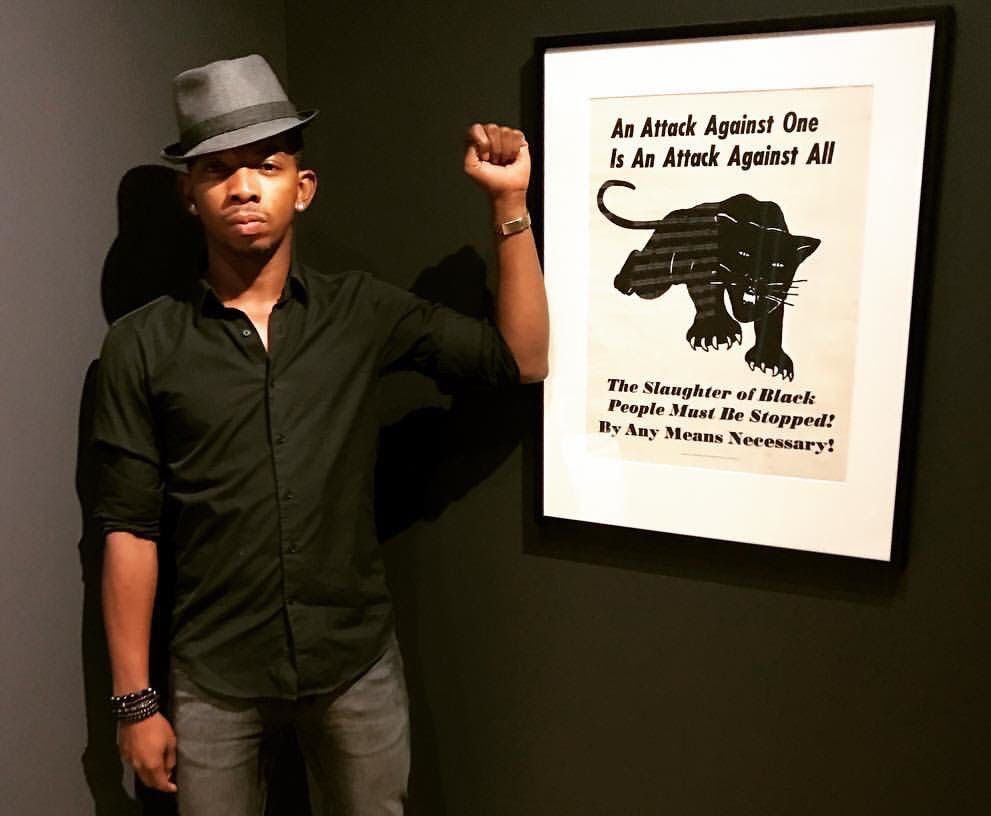 Rodney Kendell Nickens, Jr., JD, MA was born on March 10, 1987. He is a passionate social justice and civil rights advocate, public servant, and a leader in the LGBTQ community.

Rodney Kendell Nickens, Jr. is the son of Rodney K. Nickens Sr., an electrician, and Daphne Dorene Nickens, a retired nurse. He grew up in the working class community of Portsmouth, Virginia, and has one older brother and two younger sisters.

Living life as an unapologetically Black gay man has been especially challenging for Nickens. As a child he experienced the horrors and trauma of domestic violence, divorce, homelessness, and poverty. At school, he endured bullying and harassment due to his perceived sexual orientation and gender expression. There were no safe spaces at Nickens’ school or in his community for gay or gender non-conforming students to feel understood or empowered. There were no Gay Straight Alliances or active PFLAG chapters in his community either, so the library became an oasis as he loved to read and write, and he desperately tried to maintain a positive outlook on life, stay out of trouble, get good grades, and focus on his professional ambitions.

Currently, Nickens serves as a legislative aide and consultant to the California Legislative LGBT Caucus vice-chair, State Senator Ricardo Lara, who represents California’s 33rd Senate District, including the city of Long Beach and much of Southeast Los Angeles County. The LGBT Caucus is the largest and most diverse body of LGBT legislators in the nation, and was formed in 2002 as a forum for the Legislature to discuss issues that affect LGBTQ Californians, and to further the goal of equality and justice for all Californians. In his role, Nickens provides legislative advice and counsel, staffs legislation and Senate committees, and promotes the goals and objectives of the Caucus by developing and advancing public policy related to education, employment, housing, healthcare, and government with the objective of increasing equal opportunity and inclusion for all LGBTQ Californians.

Prior to working in the State Capitol, Nickens completed prestigious internships at Public Advocates, the Greenlining Institute, the Congressional Black Caucus, the California Department of Justice, and the US Department of Justice. He also served as a public policy associate at the National Black Justice Coalition (NBJC), a national civil rights organization based in Washington, DC dedicated to empowering the Black lesbian, gay, bisexual, and transgender community across the country. At NBJC, Nickens worked to advance public policy, and ensure that the national political agenda was inclusive and respectful of the needs of Black LGBTQ Americans. He began his tenure at NBJC in 2011 after working as a community organizer in Los Angeles at the Barbara Jordan/Bayard Rustin Coalition, a Black LGBTQ political organization dedicated to winning equality in the aftermath of California’s Proposition 8 ballot measure campaign. Nickens also was instrumental in the Marylander for Marriage Equality campaign which was featured in the documentary, “The New Black.”

In 2014, Nickens participated in the Hastings to Haiti Partnership’s annual delegation to Haiti, where he helped advance the rule of law and promote human rights in Haiti by supporting the country’s legal education and engaging in human rights advocacy. Nickens has also completed hours of pro bono legal work with the Hastings Civil Justice Clinic and the Legal Aid Society in San Francisco, and has served on the boards of the Black Law Students Association at Hastings and the East Bay Stonewall Democratic Club. He currently serves on the boards of the Black Young Democrats of Sacramento and the California Young Democrats Black Caucus, and was the youth grand marshal in the 2016 Oakland Pride Parade.

We thank Rodney K. Nickens, Jr., JD, MA for his inspiring political and legal advocacy, public service, community activism, and for his commitment to empowering our community.