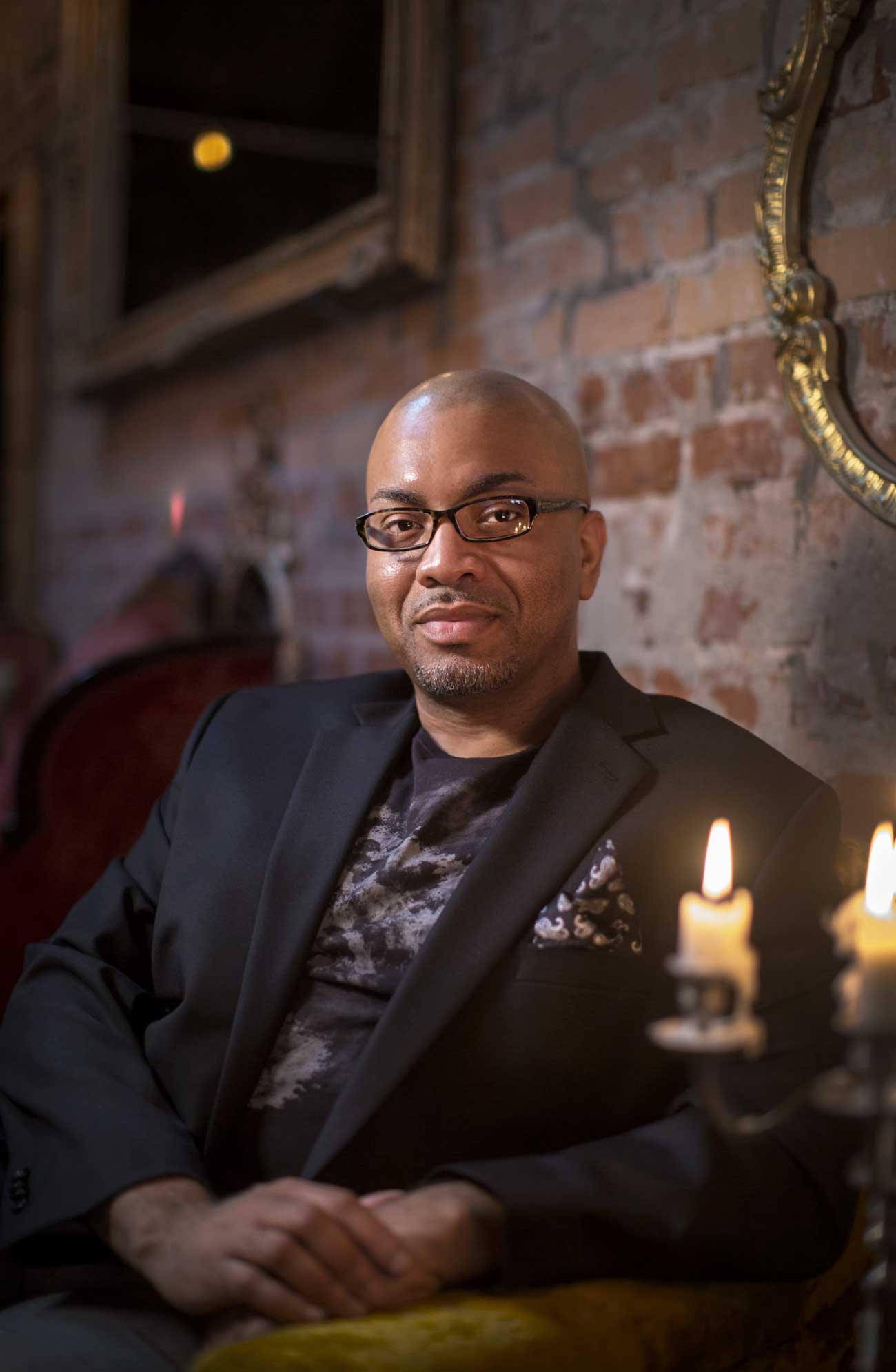 Rashod Ollison was born on July 15, 1977. He is an award-winning music and culture critic, journalist and gifted author.

A native of Hot Springs, Arkansas, Rashod D. Ollison is the son of Raymond Ollison Jr., who was a factory worker for Reynold’s Aluminum, and Dianne Ollison, an executive assistant. Rashod and his two sisters grew up in Hot Springs and later Little Rock, Arkansas.

He attended Sylvan Hills High School in Sherwood, Arkansas, where he graduated in 1996. Following high school, he attended the University of Arkansas in Fayetteville on a full academic scholarship, and in May of 2000, he obtained his Bachelor of Arts degree in creative writing and journalism with a minor in African American studies. Throughout high school and college, Rashod was in advance placement humanities classes and independently studied creative writing through various private and state-funded arts programs in Little Rock. He also was a performance poet during those years, appearing at colleges, libraries, and festivals throughout Little Rock.

Rashod doesn’t recall ever being closeted while growing up. However, insecurities about his sexuality and early estrangement from his father drove him into a world of literature and music, a passion fostered by his father. With no “scene” to gravitate toward in Little Rock, Rashod used his time as a book processor at the public library to formally study sexual health and the politics of being Black and gay. Books such as Joseph Beam’s groundbreaking anthology, “In the Life,” and the writings of James Baldwin were not only deeply informative but also spiritually liberating.

Rashod D. Ollison is a gifted writer whose thoughtful and well-informed articles are respected by music industry insiders, celebrated by artists, and eagerly devoured by the reading public. Rashod has won at least a dozen national writing awards, including two from The Society for Features Journalism. His honors include a coveted first place award for excellence in blogging. He has been recognized for his commentary, general features, and for his music blog, “Behind the Groove.” His blog serves as an exploration of underappreciated vintage soul, pop, and jazz.

In 1999, the summer before his senior year at the University of Arkansas, Rashod was an arts and music critic intern with the “Dallas Morning News,” where he profiled Donna Summer, Roy Ayers, and others. The summer after earning his degree, Rashod joined the arts staff at the “Philadelphia Inquirer,” where he wrote a combination of criticism, essays, reviews and long enterprise features, including one on the epidemic of HIV among poor, young Black men in North Philly.

After a year and a half with the “Inquirer,” Rashod was hired as the first staff pop music critic for “The Journal News” in Westchester, New York, in the fall of 2001, where he wrote a mix of reviews, columns and features, including one about the relevance of hip-hop in New York following 9/11.

He joined the features staff at the “Baltimore Sun” in the spring of 2003, where he wrote a weekly music column, and profiled an array of artists, including Aretha Franklin, Wynton Marsalis, Chaka Khan and 50 Cent.

Rashod generally uses trends and figures in urban-pop culture to explore larger sociological issues. A piece on Kanye West, for instance, explored the invisibility and contradictory nature of the Black middle class, the culture that shaped the superstar rapper-producer. An award-winning essay on the rise of Taylor Swift delved into the racial politics of the American pop sweetheart, a complicated lineage that includes Patti Page, Olivia Newton-John and Whitney Houston. Rashod has also written liner notes for several compilations and box sets on Earth, Wind & Fire, the Isley Brothers, Aretha Franklin, Phyllis Hyman, and others.

Rashod D. Ollison’s literary debut, “Soul Serenade: Rhythm, Blues & Coming of Age Through Vinyl” was published by Beacon Press/Penguin Random House in 2016. It has received glowing reviews, including one from “Publisher’s Weekly” that called the book “moving” and one that “captures and colorfully reveals the ways that music can soothe the pain.”

He says he never had an issue accepting his sexuality, but it was still soul-confirming when he was in his 20s to find a warm, loving and passionate Black gay community. He adds, “Since then, I’ve seen more and more young Black men and women courageously stand in their truth. The more we stand proudly in love and truth, while supporting each other, the more powerful the community becomes.”

Rashod is single and lives in Virginia Beach. He enjoys cooking, which he often does for friends. Stimulating conversation with friends and intelligent strangers is always welcomed. Among his greatest personal accomplishments since moving to Virginia is losing nearly 60 pounds, which was all self-motivated and self-disciplined.

You can learn more about Rashod and his work at www.rashodollison.com.

We thank Rashod Ollison for his numerous contributions to journalism, blogging, music,culture, and our community.