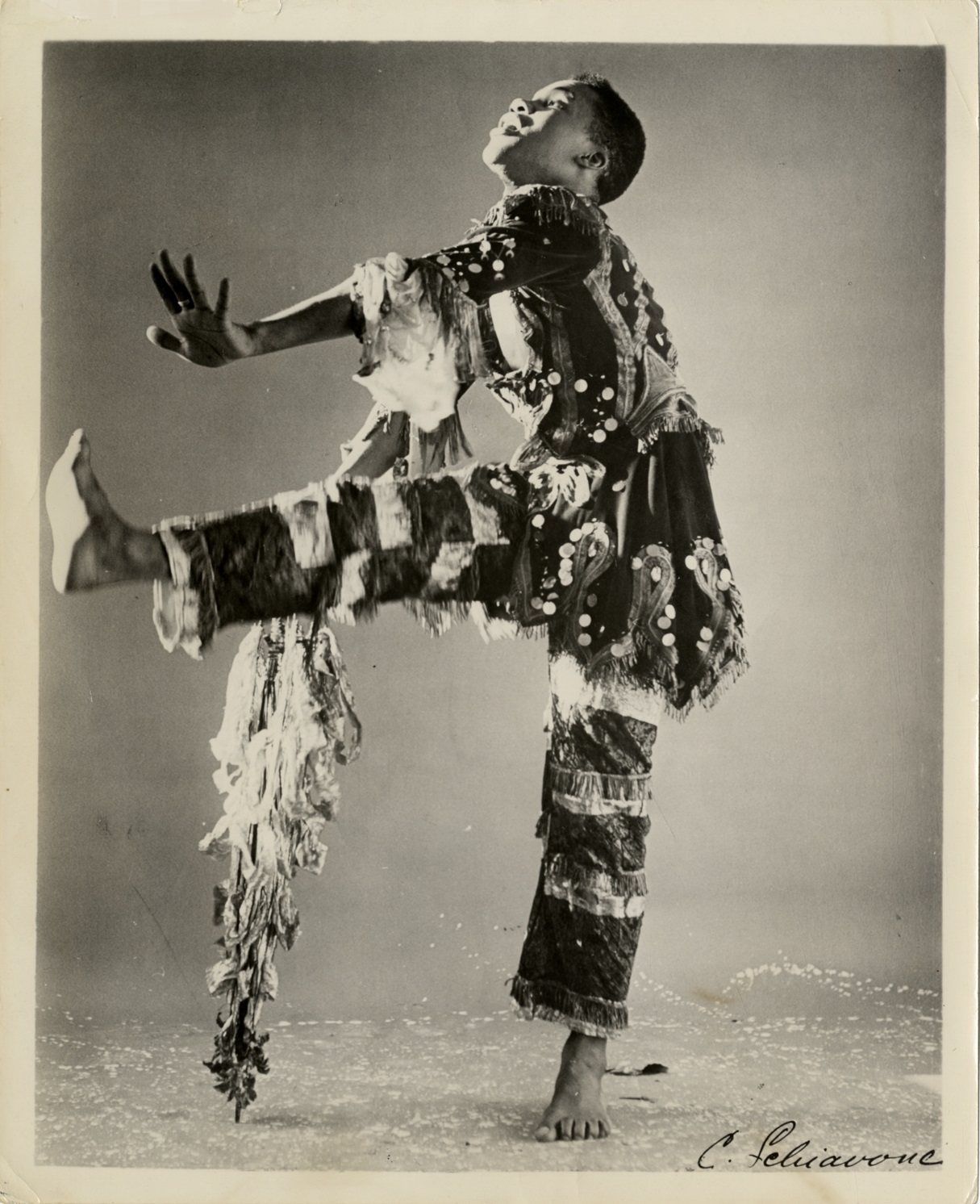 Walter Nicks was born on July 26, 1925 (to April 3, 2007). He was an internationally renowned dancer, choreographer, and teacher of jazz and modern dance whose career spanned six decades.

Walter Nicks was born in Pittsburgh, Pennsylvania, and raised in Cleveland, Ohio. He graduated from Central High School before attending Howard University from 1942 to 1944. Nicks received some of his earliest dance training with Eleanor Frampton at the Karamu Settlement House in Cleveland.

In 1945, Nicks began studying dance at the Katherine Dunham School in New York City, where he became a certified master teacher of the Dunham technique in 1948, and was appointed associate director of dance from 1947 to 1953. During this time, Nicks studied with a variety of modern dance teachers, including José Limón, Robert Joffrey, Karel Shook, Louis Horst, and Doris Humphrey.

After dancing with the Benny Goodman Jazz Review on a 13-month tour in 1948 and 1949, Nicks left the Dunham School in 1953 and traveled to Mexico, where he founded his first company, El Ballet Negro de Walter Nicks. The troupe performed at the Insurgentes Theatre in Mexico City, at the Sans Souci in Havana, on television in the Dominican Republic, and at the Condado Beach Hotel in San Juan, Puerto Rico. Nicks spent five months in Haiti learning Vodou dances, and then cultural dances in Brazil.

Nicks was also quite busy performing and choreographing in the United States during the 1950s, including the Broadway shows “My Darlin’ Aida” (1952), “House of Flowers” (1954-55), and “Jamaica” (1957-59). He coached Arthur Mitchell, Geoffrey Holder, Carmen De Lavallade, Dolores Harper, Louis Johnson, Donald McKayle, Albert Popwell, and Glory Van Scott, among others. He was an instructor at the Phillips-Fort Studio in New York, and was a prominent contributor to the city’s Black modern-dance renaissance during the decade.

In 1959, Nicks introduced jazz dance instruction to Europe at the International Academy of Dance in Germany, and began working with Harry Belafonte in the United States. Nicks choreographed Belafonte’s CBS specials “Tonight with Belafonte” (1959) and “New York 19” (1960), as well as his touring productions of “Sing, Man, Sing” (1956), with dancers Alvin Ailey and Mary Hinkson, and “Belafonte ’63.” Nicks studied traditional dance in Guinea as a special consultant to the government there in 1963, and was instrumental in the creation of Le Ballet National Djoliba.

During the 1960s and early 70s, Nicks’ focus turned to Sweden, where, under the auspices of Lia Schubert, he became a consultant at the University of Stockholm, a guest instructor and performer at the Swedish Ballet Academy, and star on Swedish television. He was professor and director of jazz dance at Statens Dansskola in Stockholm, choreographed the Swedish production of “West Side Story,” and danced with the Duke Ellington Orchestra at Gustaf Vasa Church in Stockholm.

At the request of the French Federation of Dance, Nicks founded the Walter Nicks Dance Theatre Workshop in the summer of 1972. The company toured France and Belgium, and later performed in the French Caribbean. Over the years, the Workshop partnered with community outreach organizations such as the Connecticut College American Dance Festival, Arts Recognition and Talent Search (ARTS), and the National Endowment for the Arts’ Artists-in-Schools program (1973-1981). The troupe had residencies at elementary and secondary public schools across the United States through the 1980s.

Nicks co-founded and became artistic director of France’s Centre Formation Professionelle in 1982, and in October of 1989, he choreographed “Spirit Blues” for the National Ballet of Finland.

In 2000, Nicks choreographed “Trance Atlantic” for Philadanco, the same year the American Dance Festival honored him for his teaching. Two years later, he taught and performed at the Katherine Dunham celebration at Jacob’s Pillow, served on the faculty of the New York City Board of Education’s Dance Institute, and was celebrated by the International Association of Blacks in Dance for his contributions to dance.

Throughout his long career, Nicks was also known as an instructor of courses and workshops at colleges, university and dance companies across the globe. That part of his life took him to places like Israel, Spain, Germany, France, Sweden, Norway, Finland, Connecticut College, University of Maryland, University of Nevada, Duke University, and Howard University.

Nicks also served on the Executive Committee of the International Association of Blacks in Dance, and on the Advisory Board of the Black Arts Network Diaspora.

Although very little has been written about Nicks’ life outside of dance, a collection held by the New York Public Library contains correspondence between Nicks and Arthur O’Neil, his longtime companion.

We salute Walter Nicks for his numerous contributions to dance, and for his support of our community.