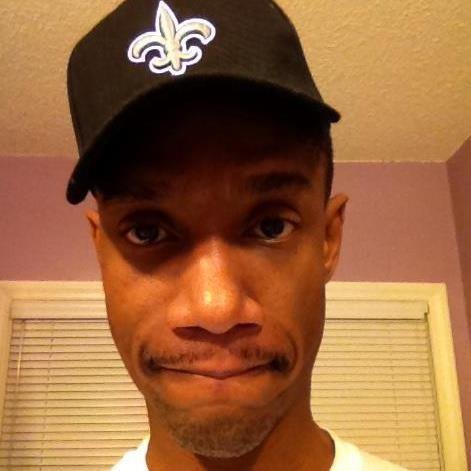 Akil Campbell was born on July 29, 1975. He is a health educator, researcher, activist, and friend of the community.

Akil James Tau Campbell was born in Kingston, Jamaica, to James Samuel Taylor Campbell, who was a civil engineer, and his mother, Pamela Jackson-Campbell, an industrial relations and compensations manager. Akil attended Wolmer’s Boys’ High School in Kingston, and graduated in 1992. Following high school, he pursued a career in banking with CIBC Jamaica Limited, where he spent three years as a senior ledger keeper before working for Air Jamaica Holdings Limited as an inside sales representative.

While at FIU, Akil was very active in the public health student organization, and represented the university at the Annual Public Health Association meetings. He also had the opportunity to work very closely with Dr. William (Bill) Darrow in the design, implementation, and evaluation of an HIV prevention program for in-treatment homeless men which was accepted as a poster presentation, “Development of an HIV-Prevention Program for In-Treatment Homeless Men: The Importance of Assessing Feasibility and Fidelity,” at the XVII International AIDS Conference in Mexico City in 2008.

Many factors contribute to who Akil Campbell is today, however his formative years were spent in Jamaica where he was looked upon differently for the way he spoke and dressed, for his many extracurricular activities while in high school, as well as the diversity in the friends he kept; he never understood why. Although he was occasionally bullied, he persevered and eventually could win over the school’s biggest bully, at which point the harassment ended.

When he was twenty years old, Akil left Jamaica, and has since lived in Miami, Florida, Chicago, Illinois and, most recently, Raleigh, North Carolina. Life in each city taught him that individual strength often comes by way of strong community bonds. It was while pursuing his Master’s of Public Health degree under the mentorship of Dr. Darrow that he found his voice as an advocate for the LGBTQ community. Although this voice was first used to address health disparities, Campbell now serves as an advisor to several organizations with missions ranging from the prevention of bullying and teen suicide to equality and health and wellness of LGBTQ and minority populations.

In 2007, Akil Campbell moved from Miami to Raleigh, and has worked with the North Carolina Institute of Minority Economic Development and the Coordinating Council for Senior Citizens providing health education and screening opportunities for senior citizens and minority populations. That year he also founded Men United for HIV/AIDS Awareness (MUFHA), a non-profit agency which provides health education and materials to ethnic men and those who love them. Through this effort, he was approached to assist with the development of Shades of Pride, which sponsors the Raleigh, North Carolina Black Pride. In 2008, Shades of Pride was formed as a not-for-profit agency to create inclusive opportunities which acknowledge and celebrate the diversity of North Carolina’s African American LGBTQ community with events open to the public. The agency also works to deliver programs that increase awareness, prevention and control of HIV/AIDS, diabetes, breast and prostate cancer, and other health disparities affecting minority populations.

In September 2008, Rex Hospitals presented Akil with a Community Service Award for his contributions to a collaborative prostate cancer screening initiated in Raleigh. In October 2011, the LGBT Center of Raleigh honored him with its first Community Impact Award. He resigned from Shades of Pride in July 2013, and went on to work at Research Triangle Institute (RTI) and, presently, as a program coordinator for the North Carolina Department of Health and Human Services. Among his many duties at his new position, Akil is responsible for managing the North Carolina TLC (Test, Link, Cure) for People of Color Coinfected with HIV and Hepatitis C Project.

In his spare time, Akil has contributed to a number of organizations and initiatives, including the MSM (Men who have Sex with Men) Task Force; National Voices for Equality, Education and Enlightenment; AARP; J&C Network; and the Human Rights Campaign (HRC). What he likes most about all that he does is being able to appreciate the diversity of the many people he interacts with and the ability to help others.

The community is extremely important to Akil, and he finds that acceptance of SGL/LGBTQ people must start with pride and self-acceptance, as it is only after we accept who we are that we can be accepted by others. Akil speaks of his experiences in these WUNC Radio interviews.

We thank Akil Campbell for his numerous contributions to health advocacy and education, and for his support of our community.