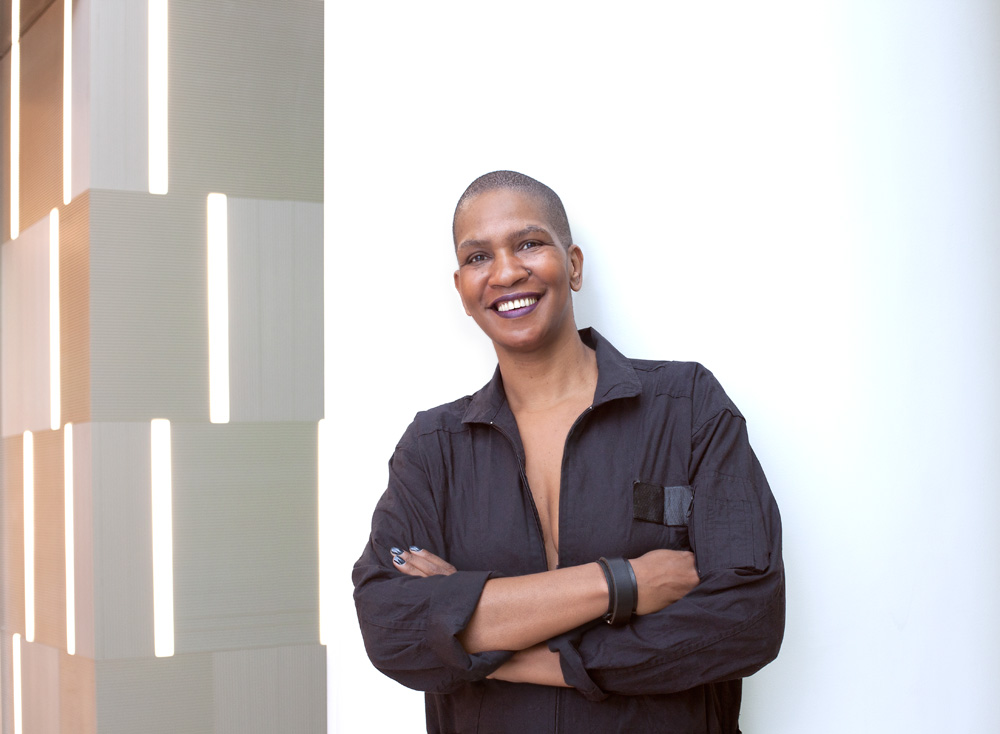 Pamela Sneed was born on August 2. She is a celebrated New York-based poet, writer, beloved teacher, and actress.

Ila Levette Sneed was born in Boston, Massachusetts, and grew up in Malden, Massachusetts. She is the daughter of James Sneed, and her grandparents were an important influence in her early development. Her grandfather was a Baptist minister, and her grandmother inspired Pamela’s abilities as a storyteller. Following high school, Pamela earned her Bachelor of Arts degree from Lang College at the New School, and in 2008, she obtained her Masters of Fine Arts degree in New Media Art and Performance from Long Island University.

Pamela had a relatively painless coming out process. She embraced who she was early in life, and found pride in living in her truth. She says, “In the early days, right after I finished undergrad, I was the director of a unique drop-in center at the Hetrick-Martin Institute for gay, lesbian, bisexual, and transgendered youth for five wonderful years, and I consider my work there to be pioneering.”

Pamela is the author of “Imagine Being More Afraid of Freedom than Slavery,” published by Henry Holt in 1998; “Kong & Other Works,” published by Vintage Entity Press (2009); and a chapbook, “Lincoln” (2014). In 2015, she published the chaplet “Gift” with Belladonna. This fall, Pamela will publish the short story chapbook “Sweet Dreams” with Belladonna. She also is completing a collection of short stories, “Anna Mae/For Me, Tina Turner and all Black Women Survivors.” Pamela appears in Nikki Giovanni’s “The One Hundred Best African American Poems.”

Pamela has been featured in the “New York Times Magazine,” “The New Yorker,” “Time Out,” “Bomb,” “VIBE,” and on the cover of “New York” magazine. In 2015, she appeared in “Art Forum,” “Black Book,” and the “Huffington Post.” Additionally, she hosted Queer Art Film at the IFC in New York City. Pamela has performed for sold out houses at Lincoln Center; P.S. 122; Ex-Teresa in Mexico City; The ICA London; The CCA in Glasgow, Scotland; The Green Room in Manchester, England; BAM Café; Joe’s Pub; The Public Theater; Central Park Summer Stage; Bronx Summer Stage; and, recently, at Columbia University’s tribute to James Baldwin, The Whitney Museum, and BRIC. She has recently presented at a symposium at NYU on humor, politics, and the AIDS crisis, and curated a poetry performance evening presented at the Brooklyn Museum.

Pamela has taught at Sarah Lawrence as a guest faculty member, and is an online professor at Chicago’s School of the Art Institute, teaching Human Rights and Writing Art. She was a mentor/consultant for the Poet-Linc program at Lincoln Center, and directed a final show at the Lincoln Center Atrium in 2016. That same year, Pamela received a residency at Denniston Hill, and is an SAIC visiting artist in the MFA low residency program. In 2017, Pamela was a visiting critic at Yale and Columbia University, and is a visiting professor at Columbia University for the 2017/18 academic year.

Pamela Sneed lives in New York City and is single. She loves teaching, and sees being a professor as her own unique activism, a way of being on the front lines every day, shaping minds, and giving others ample reason to think.

We thank Pamela Sneed for her numerous contributions to literature and education, and for her support of our community.