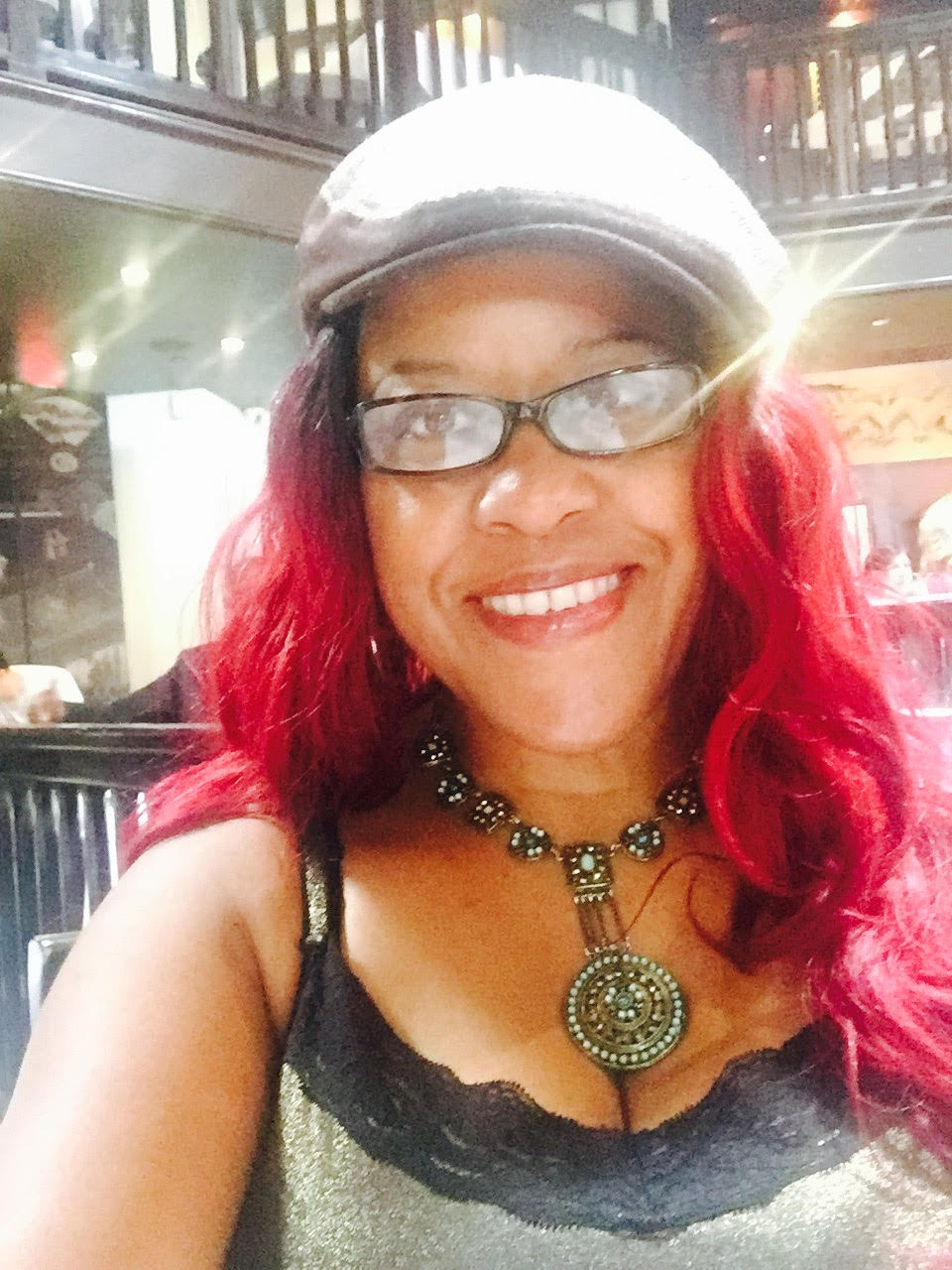 Ifalade Ta’Shia Asanti was born in Chicago, Illinois, but grew up in Los Angeles. Her mother, Florence, was a teacher and an artist; her father, Herschel, was a doctor and Christian minister. Asanti became an activist when she was twelve, in response to the poverty and struggles she saw as a young child. She describes herself as a civil and human rights activist in the Black, women’s, and same-gender loving, bisexual, and transgender communities for more than 20 years.

Asanti embraced her identity as a same-gender loving (SGL), two-spirit woman in 1989. She did experience some homophobia, but used—and continues to use—activism as a way to educate her family, community, and those in her close circles about the myths related to her identity.

Ifalade Ta’Shia Asanti attended the University of California at Los Angeles, where she majored in journalism, and later, in creative writing. She was awarded the Seed Scholarship by the International Black Writers and Artists organization. The scholarship gave her an opportunity to study with distinguished author Michael Datcher, and writers like Dr. Haki Madhubuti, Sonia Sanchez, and Peter J. Harris. Asanti returned to UCLA in 2011 with a full scholarship from the Lambda Literary Association, to attend its Summer Writers Program. The Association also named Asanti a distinguished Fellow of its organization.

Asanti is the president of music and entertainment at Noble Trinity Corporation, a small independent record label and media company. She also heads up the New Programming division for Your World TV, an internet-based television platform, where she is host and producer of “The Window,” and producer of “Inspiration Kitchen,” a cooking show dedicated to exploring cultural cuisine. She also serves as co-director of Sky Earth Fire Organization, where she produces programs that promote community wellness and global shift, in small but profound ways.

Over the years, Asanti has been recognized by government and community for her work. She was nominated for the Courage in Journalism Award, a recognition given to an exceptional journalist by the International Media Women’s Organization, whose work addresses controversial topics related to human rights. She is the recipient of the Audre Lorde Black Quill Award, for creating positive images of women in the media and through the arts.

Other honors include the Kathleen Morris Award for Best Contemporary Fiction by a Woman of Color; the African-Americans Who Make a Difference Award given by the Urban Spectrum Media Company to an African-American journalist whose work has helped foster social change; and the Community Artivist Award for work in preserving art and culture, bestowed by the Denver Pan African Film Festival.

Most recently, the In the Meantime Men organization presented Asanti with the Lifetime Achievement Award in 2014 for her work in the area of social justice. Two years later, she received the Worldchanger Award from the “Dr. Marissa” television show for her work toward ending homelessness.

Ifalade Ta’Shia Asanti starred in the Sci-Fi Channel’s first reality TV Series, “Mad, Mad House”, a program based on the concept of respect and honor for cultural diversity. It was broadcast to more than 100 million homes across America, and throughout the UK. She also has appeared in documentaries, including Showtime’s “Sex in the 20th Century,” NBC’s “Body of a Poet,” and E! Television’s “100 Years of Women’s Evolution.”

Asanti wrote, produced, and co-directed two short films, “Train Station,” and “Rashida X: A Day in the Life of a Black Female Revolutionary,” which screened at festivals across the United States and Brazil, including Frameline, the Los Angeles Pan African Film Festival, the New York Film Festival, Outfest, and Brazil Mix.

Asanti has published more than a thousand articles, essays, poems, and short stories in her career as a writer and journalist. She has served as the editor of “Urban Spectrum Newspaper,” “In the Black Business Journal,” and “Gay Black Female Magazine,” and has contributed to lesbian.com, GBM News, and “Essence” magazine, among others. Asanti broke ground as the first African American columnist for the “Lesbian News,” where she wrote a nationally syndicated column and news stories for eight years.

Asanti is the author of five books: “The Sacred Door: A Spiritual Guide to Power Living,” “The Seer: Legacy of Stone & Spirit,” “The Bones Do Talk,” “The Master Breakthrough: A 24 Hour Spiritual Revolution,” and “Fluid: Out of Darkness Comes Light,” which she co-authored with Pink Dewberryjuice. Asanti also edited two award-winning anthologies, “Tapestries of Faith,” and “Letters to My Bully.”

Her essays, poetry, and fiction have been published in best-selling anthologies such as “Black Love,” “Best of Black Women’s Erotica 2,” “Chicken Soup for the African American Soul,” “Age Ain’t Nothing But a Number: Black Women Explore Midlife” with Terri McMillan and Nikki Giovanni, “Bed: The Anthology,” and “Role Call: A Generational Exploration of Gender, Race & Class.”

Asanti is a Yoruba/Ifa priestess. Ifa is a West African spiritual tradition that originated among the Yoruba in Nigeria. Variations of the faith were practiced across Africa and throughout the Diaspora. In her work as a Yoruba priestess, Asanti founded Ile Ori Ogbe Egun, a Yoruba/Ifa temple in Denver, Colorado, and the Institute for Transformative Education & Collective Healing, which has members in cities across the United States and London. She has also studied Ifa Theology and divination at Oyeku Otua Traditional Healing Center in Nigeria.

Asanti lives with her wife, Pepper, and partner, Jacquelyn, in Marina Del Rey, California. They split their time working on projects, teaching, doing healing work, and performing on stages across the country.

Asanti is passionate about healing women, ending racism, experiencing love in the greatest capacity possible, and writing books and screenplays that inspire, educate, and entertain. For more, visit her website visit  and blog.

We thank Ifalade Ta’Shia Asanti for her numerous contributions to our community.