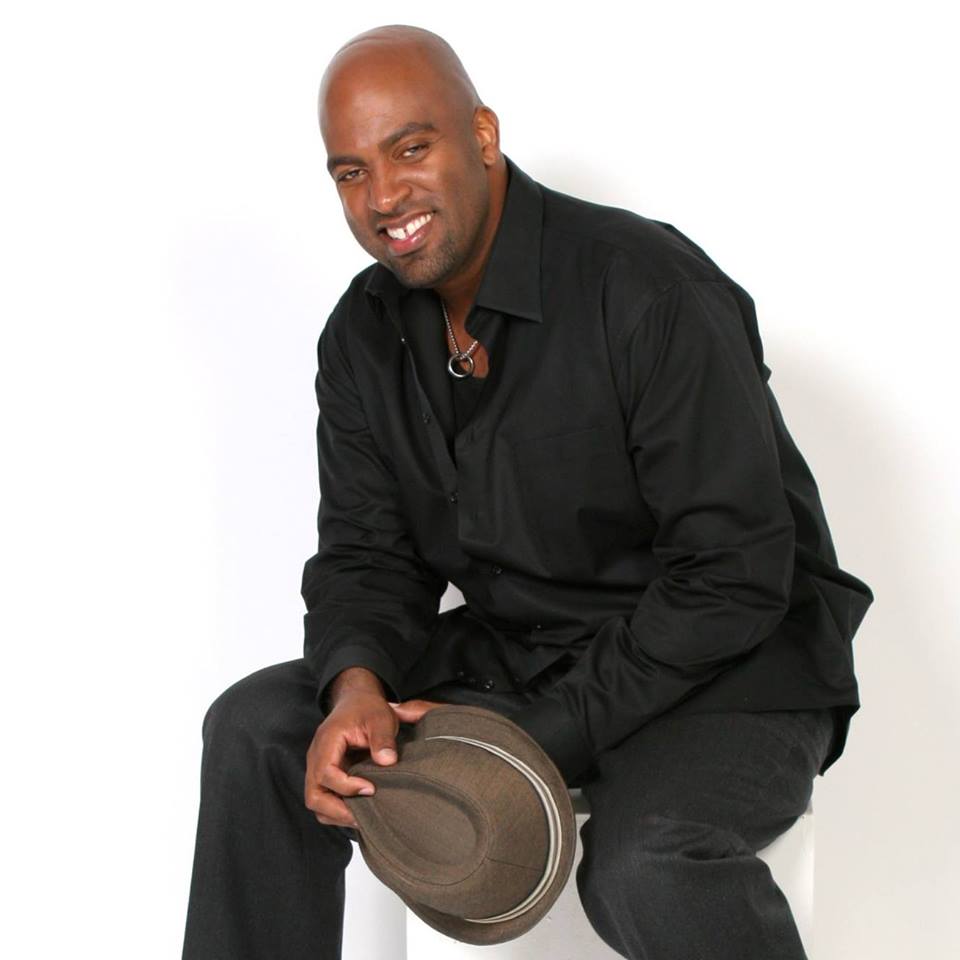 Anthony McWilliams, known professionally as Anthony Antoine, was born on October 21, 1969. He is a popular performance poet, community activist, singer/songwriter, HIV educator, author, and recognized trailblazer in the LGBTQ music scene who recorded his first out and proud song in 1997, and his first independently released out music project, “Dante’s Got a Man Too,” in 1999.

Anthony Antoine McWilliams was born in Newark, New Jersey, the son of Chester Sanders and Marjorie McWilliams. He was raised with his brother Eric McWilliams, and has a sister, Nadine Coleman. McWilliams played basketball for a short while in grade school, and graduated in 1987 from Gar-Field Senior High School in Prince William County, Maryland, where he was a member of the debate team.

As a young child of five and six years old, McWilliams recalled that he knew he was “different,” and was “praying to die.” He was taught the power of prayer, and taught a love and respect for the Almighty, but was also aware that what he was feeling was seen as a “sin.”  All McWilliams was sure of was that he didn’t want to be different, and asked God to deliver him, or let him die.

There was, of course, no It Gets Better campaign or book to read in those days. “I’m so thankful I hung in there, and thankful that God didn’t answer that prayer,” McWilliams stated. “It really did get better for me, and that campaign to save children and young people really resonates with my life experiences, and aligns with my life’s mantra. It really did get better for me, but I had to figure that out for myself. I wish someone had told me that when I was five years old.”

Following high school, McWilliams moved to London to chase his dream of becoming of recording artist. In England, he released three successful European hits, including “Swing” by The Deff Boyz, and “Under Your Spell” by Ronny Jordan. “Music has always been my saving grace,” said McWilliams. “I stayed glued to my record player and the radio in grade school and high school, which literally saved my life. It didn’t leave much time for many other activities.”

In 1993, he moved back to the United States, and enrolled in The Art Institute of Dallas, where he obtained his Associate of Applied Science Degree in Music and Video Business. He has continued his education to mirror his career in HIV/STI prevention, a field in which he has remained active since 1999.

McWilliams was in the closet at the Art Institute of Dallas, but used the two-year program to emerge out of his closeted world into a group that was on the same academic journey. He lost some friends, but gained closer, lifetime friends through speaking his truth to those who were immersed in the same degree program. Every assignment became an opportunity to come out, and to communicate to his classmates, the school, the City of Dallas, and the world, how unfair he had been treated as a young, gay child that no one supported, and throughout his journey to becoming a happy, gay adult. “It’s still my purpose in life today, to somewhat right that wrong for me and so many other young, questioning children,” said McWilliams.

As a young artist, McWilliams was asked to join a group of pioneering artists and activists, The Adodi Muse: A Gay Negro Ensemble, originally comprised of Tony Daniels, Duncan Teague, and Malik M. L. Williams. In 1998, Daniels died from injuries sustained in a car accident traveling to the Federation of Black Prides in Washington DC, and McWilliams was asked to step in and fill the shoes of a major contributor to the group’s success. He helped them make history with the popular spoken word album, “Ain’t Got Sense Enuf to Be ’Shamed,” in 2004. The name of the CD came from member Teague’s mother during his coming out journey; the poetry piece itself is a merging of each member’s coming out story, along with the journeys of other young, Black, queer boys.

As Atlanta’s Black gay male performance poets collective, Adodi Muse has had a huge impact across America with its in-your-face collection of performance poetry, songs, revealing interview interludes, and more. They succeed in being fierce, funny, confrontational, dangerous, and entertaining. You can find them on iTunes, Amazon, and CDBaby.

McWilliams has worked on the front lines of HIV/STI prevention in Atlanta, with a tireless focus on men who have sex with men (MSM) for AID Atlanta, and the AIDS Research Consortium of Atlanta (ARCA).  He currently serves as a senior research project coordinator for Emory University, where he began in January of 2012. “It’s the best assignment in my career of HIV prevention, having traveled the country to train over 75 AIDS service agencies and hundreds of HIV counselors on a new, CDC-endorsed couples testing protocol that was born at Emory University,” he said.

McWilliams’ art and advocacy draw strength from being part of a larger, dynamic community. “The Black SGL/LGBT community is very important to me,” he said. “It’s also a part of what saved my life, and definitely why Atlanta is my home. It’s the place I feel most connected to what matters most to me—a positive sense of self and identity. I love living in Atlanta connected to a rich history and community of Black SGL/LGBT people. It supports my work, it supports my well-being. The community that I and so many others have created here in Atlanta has helped to heal that little boy who prayed to die at the age of five.”

McWilliams is a Big Brother to four high-spirited “littles” as part of the Big Brothers, Big Sisters program, and he called it “the most important volunteer work that I do.” He has also served as a volunteer for Sheltering Arms and other agencies, and still volunteers for a number of AIDS service organizations as part of his community-building efforts as an HIV/STI prevention professional.

Anthony Antoine’s latest full length release, “Masters of Dance,” is a double-disc collection of dance music featuring him and other vocalists. In 2018, he will release his 13th CD, “Songs in the Key of Rap.” He’s also completed his first novel, “The Price of Great Sex,” which he says is “an extraordinary story of characters that can communicate many of the lessons I’ve learned over 20 years in my life about HIV/STI transmission.” You can order Anthony Antoine’s music on any of the digital download sites, or connect to him at his website, www.anthonyantoine.com, and Instagram and Twitter (@activistfreak).

McWilliams is married and makes his home in Atlanta. He has a core group of best friends that have been part of his life for nearly twenty years. He is a father, great friend, listener, and a featured writer for the It Gets Better book and campaign. McWilliams is a lover of hip-hop who enjoys shopping for CDs, and relishes the opportunity to stumble on a rare record store. He also gets a kick out of discovering new gadgets, and loves to travel the world, finding different cultures inspiring and empowering.

We thank Anthony Antoine McWilliams for his contributions to the arts, his STI/HIV/AIDS advocacy, and for his unwavering support of our community.