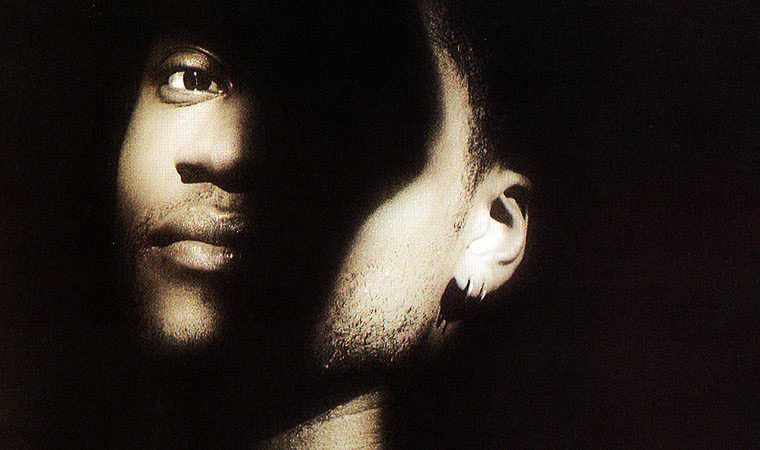 Ephraim Lewis was born on November 27, 1967 (to March 18, 1994). He was an English soul/neo-soul and R&B singer and songwriter whose promising career was cut short by his mysterious death after releasing only one album.

Ephraim Lewis was born the youngest of eight children in Wolverhampton, West Midlands, England. His father, Jabez, encouraged the siblings to pursue music as a family vocal group, but that dream ended with the death of Lewis’s mother in 1984. Jabez Lewis later said, “Ephraim, he was very close to his mother and his mother loved him. But, with all the children, when they grow up and begin to rebel, they don’t want to go to church, you see. That’s how it begins. I tell them all they don’t need to go out in the tough world to make money, they can make religious songs and get money from it. But they want the limelight.”

Lewis left home at age 16, and was discovered by the owners of Axis Studio in Sheffield, who dubbed him the “British Michael Jackson.” Lewis signed with Elektra Records in 1992, and his debut album, “Skin” was released that year. Despite great expectations, the album sold fewer than 200,000 copies, and its two singles, “Drowning in Your Eyes” and “It Can’t Be Forever,” only fared respectably on the charts.

As plans developed for a follow-up album, Lewis broke up with his longtime girlfriend and started a relationship with Sheffield graduate student Paul Flowers.

“We met in Sheffield Botanical Gardens by chance,” Flowers recalled. “I was openly gay, but Ephraim wasn’t ready to call himself gay at the time. We arranged to meet again and just sort of fell in love. Ephraim had an incredible presence. He glowed with energy. I was always amazed at how people reacted to him.

Just months before his death, Lewis seemed to be getting his life on track according to Flowers. He was happy, got on more firm financial footing, and used money from his Elektra Records contract to buy a BMW. The record company sent Lewis to Los Angeles, California to work with prolific songwriter and producer Glen Ballard. Lewis told Flowers that he had become militant about his new sexual identity while in LA—taking in the West Hollywood gay scene, and striving to become a positive gay Black role model.

On March 18, 1994, Los Angeles police responded to reports of a “naked man acting crazy” at 1710 Fuller Avenue, the apartment where Lewis was living while in the city. When police arrived, investigators said that Lewis became more paranoid and began climbing the outside balconies, “leaping from balcony to balcony, both horizontally and vertically, moving up and across the building.” When he reached the top floor, Lewis smashed an apartment window and began stabbing himself in the thigh with a piece of broken glass.

A short time later, after Lewis at one point was unsuccessfully “tased” by police, he either fell or jumped from the top balcony, and landed on the courtyard below, suffering extensive head injuries. After being kept alive on a respirator for several hours, the decision was made to end life-sustaining measures, and Lewis died at the hospital that night. Lewis had been taking methamphetamines prior to his death, which was ruled by the coroner as a suicide.

The following month, hundreds of people gathered at the Darlington Street Methodist Church in Wolverhampton for Lewis’s funeral. Due to the mysterious and controversial circumstances surrounding Lewis’s death, returning his body for burial was delayed, and there was tension between members of Lewis’s family and other mourners at the funeral. Lewis’s manager, David Harper, covered most of the funeral expenses and the cost of returning Lewis’s body to England, but did not attend the service because of hostilities toward him by Lewis’s relatives. The Lewis family would spend the next several years taking legal action against the Los Angeles Police Department, alleging they caused Lewis’s death.

Lewis was laid to rest on April 21, 1994, leaving behind an unfulfilled musical legacy, and questions surrounding his death that remain to this day.

“Ephraim had the qualities to be a massive star,” said Kevin Bacon, whose Axis Studio discovered Lewis. “This was somebody so brilliant at what he did he never thought about it. Most singers have tremendous egos based around their insecurity about their own singing. Ephraim didn’t have that kind of ego because it never occurred to him there was anything he couldn’t do.”

We remember Ephraim Lewis for his contributions to the world of music, and for his support of our community.

[Portions of this biography came from Paul Boakye’s “The Brief Life and Tragic Death of Ephraim Lewis”].