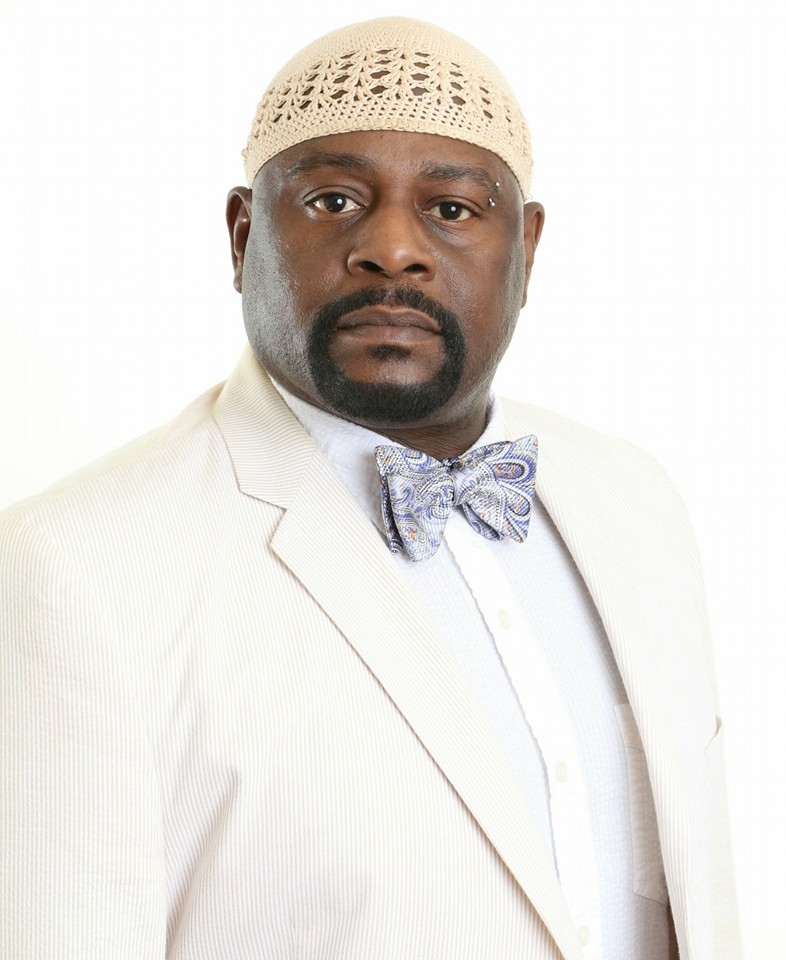 Ronald Lee Thomas was born on January 28, 1969. He is an accomplished entrepreneur, financial planner, philanthropist, and copywriter, currently serving a second term on the DC Statewide Independent Living Council. Thomas is the co-founder and chairman of Al Sura, Incorporated, and is the chairman of his non-profit, The RLThomas Foundation, and a member of the Amputee Coalition.

Ronald Lee Thomas was born in Philadelphia, Pennsylvania. He has two surviving sisters, Cynthia and Veronica, still residing in the Philadelphia area. His oldest sister, Carol-Ann, passed in 1984 shortly after his 15th birthday. Thomas’s parents are happily retired and are residents of Goldsboro, North Carolina. Thomas attended Bodine High School for International Affairs, the only high school of its kind in the nation with a focus on global studies. Thomas was always interested in history, English, and science, and excelled in each. He was an active participant in student government, the performing arts, debate team, and yearbook club.

Following high school, Thomas attended Peirce College, where he earned his associate’s degree in paralegal studies, and majored in business management and minored in finance and French at Temple University. He went on to obtain his Certified Public Accounting credentials while living in both Philadelphia, and Brooklyn, New York.

As a young LGBTQ youth, Thomas grew up in a loving home, and was encouraged to discuss anything with his parents. But he was shy discussing sexuality, and avoided doing so. It was only when he ventured out on his own that he decided to pen a letter to his parents telling them about his sexual attraction for women, as well as for men. This was not exactly a shock to them; but, it was a bit confusing considering at the time Thomas was in a relationship and living with a gentleman nine years older than he, a man who was an instrumental part of the formation of the R&B group, Midnight Star. It was during this relationship that Thomas came to learn a lot about himself and the world, as it related to the LGBTQ community and people as a whole. Thomas’s parents, despite being “upset” at him for penning a letter instead of having a face-to-face conversation, have managed to be quite accepting of Thomas, his life, and of all of those he has chosen to love over the years.

Ronald Lee Thomas is an entrepreneur who has been self-employed since late 2007, handling financial planning, credit repair, and providing full-charge accounting and copywriting services for various companies and individuals throughout the country. Thomas may be best known as the co-founder and current chairman of the District of Columbia-based Al Sura, Inc. The organization is highly regarded for its classy profile and well-run social events geared to the Black SGL/LGBT community.

Al Sura, Inc. is primarily focused on empowerment, advocacy, and bringing awareness to various health disparities, including but not limited to HIV/AIDS. The organization raises funds for other non-profits and individuals who may be short on funding to help them facilitate various programs and projects that are aligned with Al Sura, Inc.’s overall mission and core values. Thomas is responsible for planning and executing both of the organization’s prestigious signature events, Al Sura in Black, and the White Attire Affair (now the Colors of Summer), launched in 2016.

Thomas enjoys the ability to change people’s lives through financial preparedness and his work with the DC Statewide Independent Living Council. He truly loves numbers, helping others with money management, and the ability to advocate for those with physical disabilities in the District of Columbia. The feeling he gets is a bit overwhelming at times, because he never thought that assisting others with what came so naturally to him could be so rewarding. As a self-employed entrepreneur, Thomas often puts in late hours building his own business, and meeting the needs of the various non-profits he serves. His boundless energy stems from his commitment to community service, and the desire to see people bettering themselves, one consultation at a time.

Thomas’s work for various companies has also helped to bring more fiscal responsibility to their accounting and payroll departments. Often time consuming, he says, “I would not change a thing. This life I have crafted for myself as an entrepreneur has afforded me opportunities that others in full-time employment never have a chance to experience, or the chance to realize their dreams of independence.”

Thomas has demonstrated his commitment to the Black and SGL/LGBT/Queer community thorough his work and community service. He points out the progress American society has made in the past few years as changes that have helped Americans as a whole. But he also points out that they have assisted those in the SGL/LGBT Black communities achieve successes that were not always available to them. It is Thomas’s hope many within the community continue to lend their voices to the current of change and “not be unwavering, for it is necessary that people see those like us who are not stereotypical of what the media and entertainment industries make us out to be.”

Thomas goes on to add that the Black, gay community must demand a seat at the table. “We cannot continue to allow others to dictate our wants for us; we need to do that for ourselves,” Thomas told the Ubuntu Biography Project. “The desires of those within the Black LGBTQ community are often different than those of our white counterparts. And, who to better to effectively communicate that than us?” It is for this reason Thomas became a part of the Amputee Coalition in 2014. He saw an obvious void, specifically a lack of Black representation, and witnessing policies being created by persons not of color affecting the lives of Black people living with varying degrees of amputation.

In early 2008, Thomas was the victim of a serious accident that changed his life, and left him a double BK (below-the-knee) amputee. Triumph over this adversity hasn’t been easy, but Thomas navigates the world via the use of bionic prosthesis, courtesy of iWalk BiOM, and remains as fiercely independent as he was prior to the accident. Thomas has not let it stop him from accomplishing his goals, and looks to be even more active in the months and years to come.

Thomas may very well be the most, and perhaps the only, extremely active “bionic” LGBTQ person any of us may ever come to know. It is because of this accident that he had the vision to begin his own non-profit organization, The RLThomas Foundation, as an effort to being awareness to those who often do not think to include people with physical disabilities. He knows from personal experience that those who are “able” are rarely aware of the personal challenges and needs that people who have disabilities face daily. He laments that “their causes, cares, and concerns are often overlooked by the masses.”

Eager to bring awareness to the day-to-day life of an active amputee of color, Thomas’s blog will soon relaunch as Handi-Capable 2.0 with R.L. the Cyborg, and will speak about his personal experiences, and shine a spotlight on Americans with Disabilities Act (ADA) technologies and disability policies.

Ronald Lee Thomas is a devout Muslim with Christian influences who views himself as more spiritual than anything else. As a long-time servant of the community, Thomas has worked with Gay Men of African Descent (GMAD), and People of Color in Crisis, both in New York City. His current role at Al Sura, Inc. has earned him the Good Life Passion and Purpose Award in April of 2013 from the Good Life Church pastored by Michael W. Heard, and he has helped to champion causes for those who cannot always speak for themselves.

From his often-quite philanthropy and past work overseeing landlord/tenant rights workshops at The Perry School in Washington to his efforts with the DC Board of Elections to ensure ADA compliance and speaking before the Gertrude Stein Democratic Club of DC, Thomas has helped pave a way for others to be more empowered, vocally and in their actions. Proud of this fact, Thomas is often inspired by the “quiet” ones in society, those who often do the work but are rarely acknowledged for their service. Like them, Thomas is often the one creating change from behind the scenes, seeing that things are faithful to the plan, and meeting the desired goals.

Thomas is in a domestic partnership of three years, and recently officially became engaged. He owns a pet Calico cat affectionately named Tuxedo because he looks as if he is donning white spats with a black tuxedo. Thomas treats his cat with all the love and care one could ever give to a pet, and Tuxedo returns it by listening to him when no one else will. In his spare time, Thomas enjoys traveling, spending time with family and friends, reading, experimenting in the kitchen, and has a hidden passion for interior design. He is seriously considering interior design as a second career choice.

You can learn more about Al-Sura and purchase tickets to its upcoming Al Sura in Black event at the Al-Sura website (http://alsurainc.org/).

We thank Ronald Lee Thomas for his entrepreneurial and philanthropic endeavors, his advocacy for people with disabilities, and for his unwavering support of our community.