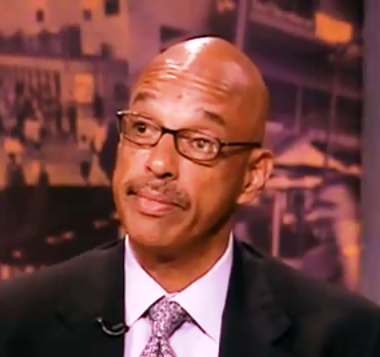 Philip Reed was born on February 21, 1949 (to November 6, 2008). He was the first openly gay African American member of the New York City Council, and a passionate HIV/AIDS advocate.

Philip Reed was born in New York City, the son of a Black father and a white mother. He and a twin sister were raised in an upper middle class Manhattan environment of prep schools and civil rights activism; Reed would become involved in the 1969 Stonewall Riots. After dropping out of Ohio Wesleyan University, Reed received conscientious objector status during the Vietnam War. Living in San Francisco, he worked for ten years as a salesman for the Otis Elevator Company and as a gay political activist.

Philip Reed returned to New York in the late 1970s, and became politically active through a block association. He left Otis to run the East New York HIV/AIDS Project, and served as the director of public affairs for the Hetrick-Martin Institute. Reed became a Democratic district leader in the late 1980s. In 1981, he first developed symptoms that were ultimately diagnosed as HIV, and later became an active member of ACT-UP.

Elected in 1997, Councilmember Reed represented East Harlem and Manhattan Valley, and parts of the Upper West Side and the South Bronx. He was a Democrat, and made history as the first openly gay Black member of the City Council. While in office, Councilman Reed gained attention for his work to prevent childhood asthma, a serious problem in his district. He also concentrated on measures to increase affordable housing and refurbish neighborhood parks.

An ardent and tireless pioneer for LGBTQ rights, Councilman Reed was known as hard working in service to constituents of his Upper Manhattan community. He was a pioneer as a Black, openly gay and HIV-positive lawmaker representing a largely Latino district. He became HIV positive in 1981, when the virus that causes AIDS was first detected, and fought health problems for years. From mid-1995 to early 1997, Reed underwent 18 months of chemotherapy for multiple myeloma, a virulent form of bone marrow cancer.

Reed is remembered as a man of exceptional conviction, who made an extraordinary difference in the quality of life for all New Yorkers, especially in his work to reduce asthma, provide crucial programs for those impacted by HIV and AIDS, increase affordable housing, improve neighborhood parks, and keep local museums and cultural institutions in Harlem. He was also an outspoken critic of racial profiling and the random searches of men of color known as “stop and frisk.”

Philip Reed’s death at 59, from complications due to AIDS, shocked New Yorkers. He was a dynamic leader with what appeared to be robust energy and endless compassion. Reed was beloved by his constituents, admired by his adversaries, and inspirational to the Black SGL/LGBTQ community.

The Honorable Philip Reed served the residents of Council District 8 from 1998 to 2005, when term limits forced him out of office. He was the chair of the Council’s Committee on Consumer Affairs from 2002 to 2005.

The intersection of First Avenue and 111th Street in Harlem was renamed Philip Reed Way in tribute to “a local leader who truly loved serving his community, and who worked diligently to ensure underserved neighborhoods received their fair share. Not only was he a remarkable elected official, he was also a wonderful friend. Through this intersection, future generations will always be reminded of all that he accomplished in this community.”

We remember the Honorable Philip Reed in appreciation for his exemplary service to our community, his courage in the face of fear and bigotry, and for his pioneering advocacy for those impacted by HIV and AIDS.