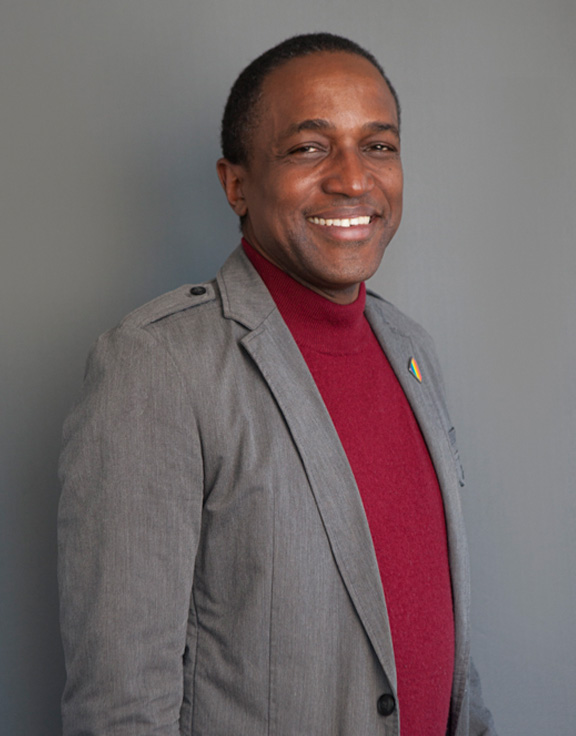 Maurice Tomlinson was born on April 9, 1971. He is a courageous attorney-at-law, law lecturer, human rights and LGBTQ advocate, and a prominent HIV and AIDS activist in Jamaica, the Caribbean, and Canada for more than two decades.

Maurice A. Tomlinson was born in Montego Bay, Jamaica to Carmen Tomlinson, a cashier, and his father, George Tomlinson, a telephone technician. Tomlinson has one older and one younger brother, both of whom migrated to North America.

Tomlinson attended two different high schools in Jamaica, Cornwall College in Montego Bay, where he did his first set of exams and graduated as class valedictorian, and Kingston College, where he completed his grade 13 ‘A’ Levels in 1989. Tomlinson then took a gap year to work with the national airline, Air Jamaica. In 1990, he enrolled at the University of the West Indies, Mona (UWI), and earned his Bachelor of Arts (Upper-Second Class Honours) degree in history.

Following graduation in 1993, Tomlinson returned to Air Jamaica, and started his then “dream” job as a flight attendant. However, he left the airline after only six months when his boss advised him to “stand in front of a mirror, try to act more macho, and deepen his voice” because passengers had complained that he was gay. That same year, Tomlinson began volunteering with (and later served on) the board of Jamaica’s major HIV/AIDS non-government organization (NGO), Jamaica AIDS Support for Life.

After leaving Air Jamaica, Tomlinson went to work for a mortgage company, where at 25 years old, he became the youngest branch manager. Soon after, Tomlinson received a Canadian Commonwealth Scholarship to pursue his master’s in business administration degree at the University of Calgary, Alberta. He returned to the Caribbean in 1998, and a year later, again enrolled at the UWI to read for his Bachelor of Laws degree. While pursuing his law degree, Tomlinson became interested in international human rights work. He received a United Nations Development Programme/World Intellectual Property Organization fellowship, and pursued a Master of Laws degree in intellectual property at the University of Turin in Italy, where he graduated cum laude in 2005.

In 2005, Tomlinson started working as a corporate lawyer, and left after a year and a half to become the project manager in the Office of the Principal of the University of West Indies (UWI). In this post, Tomlinson was responsible for the 2008 establishment of the UWI’s Western Jamaica Campus in his hometown of Montego Bay. In 2009, Tomlinson began teaching human rights and discrimination law at the University of Technology, Jamaica, and also became legal advisor for marginalized groups for the international NGO, AIDS-Free World. In 2015, he became a senior policy analyst for the Canadian HIV/AIDS Legal Network, where he focuses on challenging homophobia and HIV in the Caribbean.

Maurice Tomlinson previously served as legal advisor on the boards of Jamaica AIDS Support for Life (JASL) as well as the Jamaica Forum for Lesbians All-Sexuals and Gays (J-FLAG). He had to flee the country temporarily in 2012 when a Jamaican newspaper carried an unauthorized photograph of his wedding to a Canadian man, Rev. Tom Decker, who was the LGBT liaison officer for the Toronto Police Service.

Tomlinson still visits Jamaica regularly to participate in legal challenges to anti-gay laws. He is the claimant in a landmark case against the laws of Belize and the Republic of Trinidad and Tobago that ban the entry of gays to these countries. The case, which was brought by AIDS-Free World, was heard in March 2015, and the court ruled that discrimination against LGBTQ people was against international law; it marked the first time that a Caribbean court ever made such a ruling. However, the court did not agree that Tomlinson had been discriminated against in this instance, as he was not turned away by immigration officers in Belize or Trinidad.

Tomlinson also is the appellant in a Court of Appeal matter challenging two Jamaican television stations for refusing to air an ad in which he appears that calls on citizens to respect the rights of homosexuals. The stations refused on the grounds that it would anger the churches, and could also be seen as aiding and abetting an illegal activity. Although the Supreme Court ruled against Tomlinson’s claim, they did acknowledge the importance of the case, and refused an application from the stations that Tomlinson pay their legal costs in the matter. The court also clarified for the first time that gay Jamaicans have all the rights of other citizens under the new Charter of Fundamental Rights and Freedoms. This is a significant precedent as the country’s Parliament had deliberately excluded sexual orientation, gender identity, and gender expression from protection against discrimination under the Charter. The appeal hearing was heard in February 2016, and the decision is pending.

In addition, Tomlinson is the claimant in a constitutional challenge to the Jamaica anti-sodomy law. Tomlinson had acted as counsel for a previous claimant challenging the statute, and when that individual withdrew the matter because of fears for his life and the lives of his family, Tomlinson became the new claimant.  The court allowed ten anti-gay religious groups to join the case as interested parties to oppose Tomlinson’s challenge. Among other things, the groups argue that the 1864 British colonially-imposed anti-sodomy law is necessary to prevent the extinction of mankind. However, the application by the public defender to support Tomlinson’s claim was denied. The public defender has appealed her exclusion from this groundbreaking human rights case.

For nearly a decade, Tomlinson has been working with local and international partners to increase the visibility of Jamaican LGBTQ people in order to improve their access to health care, and specifically HIV prevention, treatment, care, and support interventions. In this regard, he has led several public initiatives (including public service announcements), Jamaica’s first Walk for Tolerance, several public demonstrations, a successful letter writing campaign to the Jamaican newspapers, and spearheading meetings with senior government, diplomatic, and civic officials. In 2015, Tomlinson helped launch Montego Bay Pride and the Barbados Pride Committee.

Tomlinson also travels the Caribbean for the Canadian HIV/AIDS Legal Network, providing human rights documentation and advocacy training for groups working with LGBTQ individuals. His husband, Rev. Tom Decker, developed an award-winning program to report homophobic violence while he worked for the Toronto Police. On behalf of AIDS Free World, Rev. Decker revised the program for the Caribbean. He now travels with Tomlinson to teach the program to Caribbean civil society groups, as well as to provide LGBTQ sensitization sessions for Caribbean police. Training has been delivered to officers and other uniformed personnel in seven Caribbean countries: Antigua and Barbuda, Barbados, Dominica, Grenada, St. Kitts and Nevis, St. Lucia, and Suriname.

In December of 2011, Tomlinson was awarded the inaugural David Kato Vision and Voice Award, created to honor the memory of the slain Ugandan activist. The award recognizes outstanding leadership in advocating for the rights of LGBTI people. In 2012, Tomlinson was privileged to be the first-ever grand marshal of Ugandan Beach Pride. He also was selected as the international grand marshal for Capital Pride in Ottawa, Canada. Tomlinson’s work has since been featured in a documentary, “The Abominable Crime,” which describes the struggle with homophobia in Jamaica, and efforts being made to challenge this seemingly intractable problem. In 2013, Tomlinson became a founding member of Dwayne’s House, Jamaica’s first charity which focuses exclusively on providing food and basic services to homeless LGBTQ youth who have been forced to live in the sewers of the nation’s capital, Kingston.

Tomlinson is a self-confessed workaholic. In the rare moments of downtime, he enjoys reading historical novels, or curling up on the couch with his husband, Tom, and watching historical dramas. When time permits, the couple also takes in the odd play and live musical performance. They met in 2010 at an International Lesbian and Gay Association (ILGA) World Conference, and activism is central to their marriage. Tomlinson was once married to his best female friend as he tried to “cure” his homosexuality. They divorced four years later, and have one son who now lives with his mother.

We thank Maurice Tomlinson for his tireless activism and advocacy across the globe, and for his support of our community.