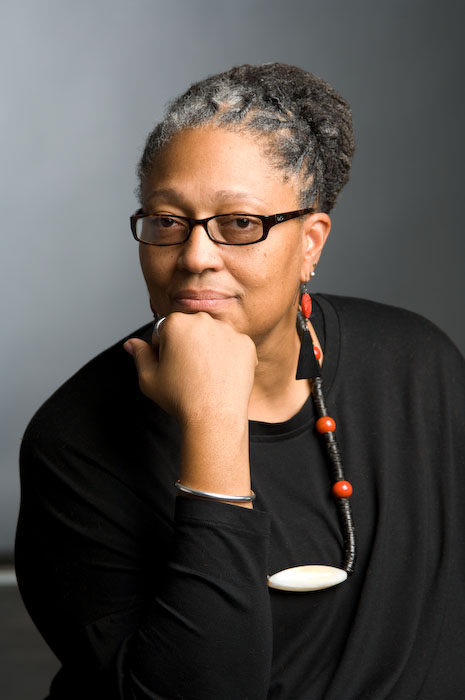 Dr. Emilie M. Townes was born on August 1, 1955. She is a highly acclaimed minister, scholar, accomplished administrator, author, and activist.

Emilie M. Townes became the first African American to serve as Dean of Vanderbilt Divinity School in 2013. She also serves as the E. Rhodes and Leona B. Carpenter Professor of Womanist Ethics and Society. She enjoys working with students, colleagues, and her staff to help them do their best work by creating a supportive environment that values diversity and rigor, and seeks to live into both. Dr. Townes hopes to continue Vanderbilt’s fine tradition of integrating ministerial preparation with scholarly preparation, and to inspire her students to engage in “justice-making” in their communities. She is deeply committed to activism in the academy, and believes that scholars have a responsibility to be intelligible public intellectuals to help folk think more deeply about the issues of our day.

Dr. Townes is active in some of the most prestigious academic organizations, and served as the first African American woman elected to the office of president at the American Academy of Religion in 2008. Townes was elected a Fellow in the American Academy of Arts and Sciences in 2009, and served a four-year term as president of the Society for the Study of Black Religion from 2012-2016. She is a member of the American Theological Society, the Society of Professional Church Leaders, and many other academic organizations.

Emilie M. Townes is the editor of two collections of essays, “A Troubling in My Soul: Womanist Perspectives on Evil and Suffering and Embracing the Spirit,” and “Womanist Perspectives on Hope, Salvation, and Transformation.” She has also authored “Womanist Ethics, Womanist Hope,” “In a Blaze of Glory: Womanist Spirituality as Social Witness,” “Breaking the Fine Rain of Death: African American Health Issues and a Womanist Ethic of Care,” and her groundbreaking book, “Womanist Ethics and the Cultural Production of Evil.” She is co-editor with Stephanie Y. Mitchem of “Faith, Health, and Healing in African American Life.” Her most recent co-editorship is “Womanist Theological Ethics: A Reader,” authored with Katie Geneva Cannon and Angela Sims, and published in November of 2011. She continues her research on women and health in the African diaspora in Brazil and the United States. You can find her books through your local independent bookstore, or on Amazon.

Dr. Townes may be best known for her countless lectures, speeches, and professional papers on the many intersections through which spirituality manifests itself in the African American, womanist, and same-gender loving communities. Her work is focused on social justice and theology, and the role that faith plays in our day-to-day lives.

Emilie M. Townes and her spouse, Laurel Schneider, have known each other since the mid-1990s, and were married on May 24, 2012, in Marquand Chapel on the campus of Yale Divinity School, surrounded by a host of family and friends to celebrate their love and commitment.

To say that Emilie M. Townes is an important theologian would not begin to adequately describe her life’s work. She is a critical thinker who has done much to include in ongoing discussions about faith those who have historically been marginalized and dismissed. She has empowered others in academia to embrace the diversity of our society, in discussions about faith, ethics, and social justice.

We thank Dr. Emilies M. Townes for her loving ministry, brilliant academic works, and her ongoing support of our community.