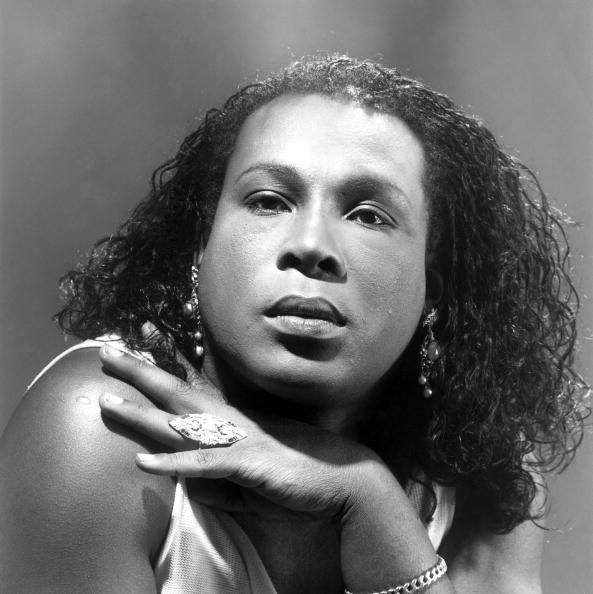 Sylvester was born on September 6, 1947 (to December 16, 1988). The celebrated disco, R&B, and soul legend known as the “Queen of Disco” rocked to the top of the disco music charts in the late 1970s as an androgynous performer with a captivating falsetto voice. While others would later emulate his style, Sylvester was unique and groundbreaking, and considered a visionary in terms of his proud queerness, Blackness and artistry. “Billboard” ranked him as the 59th most successful dance artist of all time.

Sylvester James, Jr. was born to Letha Weaver and Sylvester “Sweet” James in the Watts neighborhood of Los Angeles, California, in a family he once described as “upper middle class, Black, bourgeois…” He and his five siblings were raised by his mother and stepfather, Robert Hurd, but he reported that he was most influenced by his grandmother, Julia Morgan. Sylvester would later boast of her being a prominent blues singer in the 1920s and 30s, and the tales he heard of her days of “divadom” had as much artistic influence on him as anything else he would experience.

Sylvester first developed a love of singing through the gospel choirs of his Pentecostal church, the Palm Lane Church of God in Christ in South Los Angeles. He recognized his homosexuality from an early age, and at age eight, engaged in sexual activity with a far older man at the church—at the time rumored to be the church organist—although he would always maintain it was consensual, and not sexual molestation. Taken to a doctor after receiving injuries during anal sex, the doctor first informed his mother Letha that her son was gay, something that she could not initially accept, viewing homosexual activity as a perversion and a sin. News of Sylvester’s same-sex activity soon spread through the church congregation, and feeling unwelcome and persecuted for his homosexuality, he stopped attending when he was thirteen.

Sylvester left his mother’s home soon after, and now homeless, he spent much of the next decade staying with friends and relatives, in particular his grandmother Julia, who expressed no disapproval of his homosexuality, having been a friend of a number of gay men in the 1930s. On occasion, Sylvester would return to his mother and stepfather’s home for a few days at a time, particularly to spend time with his younger sisters, Bernadette and Bernadine. At 15, he began frequenting local gay clubs, and built up a group of friends from the local gay Black community, eventually forming a group they called the Disquotays.

After complaining that he was “suffocating in Los Angeles,” Sylvester made his way to San Francisco, where he embraced the counter-cultural life and joined the drag troupe, The Cockettes, eventually producing his own solo shows heavily influenced by female blues and jazz singers Billie Holiday and Josephine Baker. In the middle of their critically panned tour of New York City, Sylvester left the Cockettes, and decided to focus entirely on a solo career.

On his own, Sylvester performed in San Francisco as a solo act. One of his most famed shows, entitled Jungle Sin, reprised Sylvester’s greatest Cockettes solo songs, and took place at the San Francisco supper club, Bimbo’s. The shows were produced by the rock impresario David Ferguson. In 1972, Sylvester performed at The Temple in San Francisco with the then-unknown Pointer Sisters, who were also produced by Ferguson. A decade after Stonewall, Sylvester was visible, defiant, proud, and unapologetically gay. He was often described by reviewers as a drag queen, although he repeatedly rejected the description.

Sylvester signed a solo deal with Fantasy Records in 1977, working with the production talents of Motown producer Harvey Fuqua, who produced his first five albums. Sylvester also met his frequent collaborator, Patrick Cowley, whose synthesizer teamed with Sylvester’s voice proved to be a magical combination, and pushed Sylvester’s sound in an increasingly dance-oriented direction. Sylvester’s second solo album, “Step II” (1978), unleashed two disco classics: “You Make Me Feel (Mighty Real),” and “Dance (Disco Heat).” The two songs quickly climbed the American dance chart, and spent six weeks at #1 in August and September of 1978. By that time, both Sylvester’s live shows and recordings featured the backup vocals of Two Tons O’ Fun, comprised of Martha Wash and Izora Rhodes, the future Weather Girls. Later on, Sylvester added the voice of Jeanie Tracy, who stayed and sang with him after Wash and Rhodes left to go on their own. The year 1979 brought three Billboard Awards, and an appearance in the Bette Midler movie, “The Rose.” Sylvester performed “You Make Me Feel (Mighty Real)” live for The Castro Street Fair, thanks to openly gay San Francisco Supervisor, Harvey Milk.

Moving to Megatone Records in 1982, Sylvester quickly recorded a classic with “Do Ya Wanna Funk,” which was featured in the 1983 film, “Trading Places.” Sylvester became very close to Patti LaBelle and Sarah Dash, and recorded background vocals for LaBelle’s dance hit, “Lucky Tonight.” His record label saw greater popularity for Sylvester’s stunning vocal skills, and pressured him to “butch up” his image.  Defiantly, he attended meetings with executives in full-on drag. A drag photo shoot, which he staged and presented to label heads as a gag (calling it his “new album cover”), would later grace the cover of “Immortal” after Sylvester died. It was the label’s way of paying tribute to his indomitable spirit.

In 1985, one of Sylvester’s dreams came true when he was asked to sing backup for Aretha Franklin on her “Who’s Zoomin’ Who?” comeback album. His sole Warner Bros. Records disc was “Mutual Attraction” in 1986. The title track from the album “Someone Like You” became Sylvester’s third #1 hit on the dance chart, and featured original cover art by artist Keith Haring.

Sylvester’s partner, Rick Cranmer, became aware that he was infected with HIV in 1986. With no known medical cure, his health deteriorated rapidly, and he died in September of 1987, leaving Sylvester devastated. Although recognizing that he too was probably infected, Sylvester refused to have his blood tested, only noticing the virus’ first symptoms when he developed a persistent cough. Beginning work on an album that would remain unfinished, he moved into a new apartment on Collingwood Street in San Francisco’s Castro District, and tried his best to continue performing, even though he became too sick to undertake a full tour. Hospitalized for sinus surgery in late 1987, Sylvester returned to his home and was cared for by his mother and close friend, Jean Tracy. While other friends came to visit him, he would proceed to give away many of his treasured items to his friends, and wrote his will.

Sylvester lost a lot of weight and was unable to walk very far. He was pushed along in a wheelchair at the 1988 Gay Freedom Parade in the Castro, just in front of the People with AIDS contingent. Along Market Street, assembled crowds shouted out his name as he passed. The subsequent 1988 Castro Street Fair was named A Tribute to Sylvester, and although he was too ill to attend, crowds chanted his name to such an extent that he was able to hear them from his bedroom. Sylvester continued to give interviews and took part in AIDS activism, in particular highlighting the impact it was having on the African American community. He stated in an interview, “I don’t believe that AIDS is the wrath of God. People have a tendency to blame everything on God.”

For Thanksgiving 1988, family came over to spend the holiday with Sylvester, who had become increasingly reliant on morphine to ease his pain. Sylvester died in his bed on December 16, 1988, at the age of 41. He had already planned his own funeral, insisting that he be dressed in a red kimono and placed in an open-top coffin, with his friend, Yvette Flunder, doing his makeup. Sylvester also wanted Jean Tracy to sing at his services, accompanied by choirs and many flowers. The whole affair took place in his church, the Love Center, with a sermon provided by Reverend Walter Hawkins. The event was packed, with standing room only, and Sylvester was buried at his family plot in Inglewood Park Cemetery.

In his will, Sylvester had declared that royalties from the future sale of his music be contributed to two HIV/AIDS charities, Project Open Hand, and the AIDS Emergency Fund. In 2005, Sylvester was inducted into the Dance Music Hall of Fame, and a biography, “The Fabulous Sylvester,” was published.  In 2011, the TV series “Unsung” aired an episode on Sylvester, and three years later, the much-anticipated off-Broadway musical, “Mighty Real: A Fabulous Sylvester Musical,” opened at the Theatre at St. Clements. With Anthony Wayne center stage as Sylvester, the production was performed again at the Gramercy Theatre in May 2017.

We remember Sylvester in appreciation for his indomitable spirit, his supreme artistry, his advocacy for those fighting the HIV/AIDS crisis, and his many contributions to our community.